Every year, hundreds of celebrations of the African American Read-In take place across the country and around the world. These events feature the texts, talks, and discussions by and about African American authors and serve as a way to recognize and amplify their work.

Looking for an event near you? Check out our event list below. 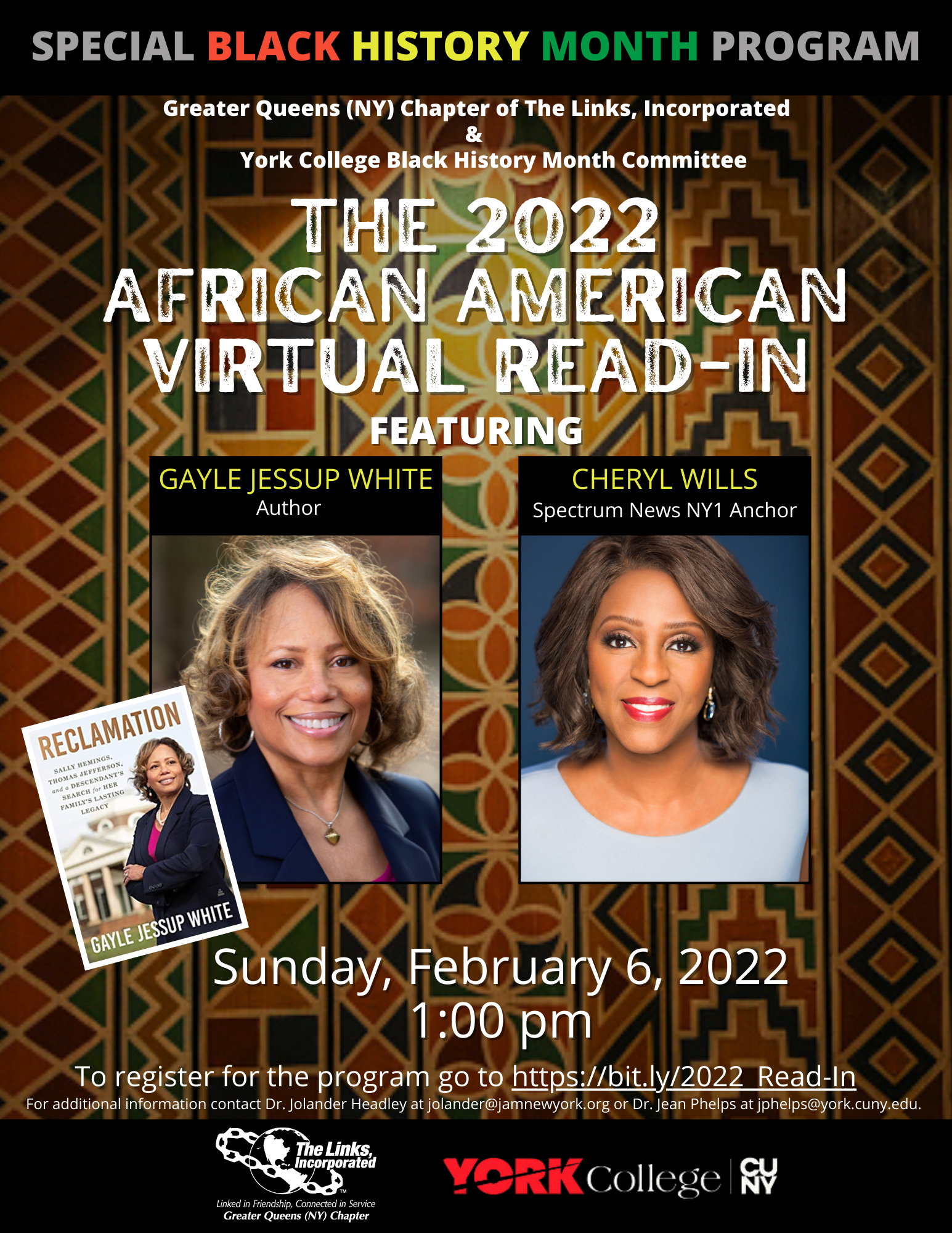 As part of our annual National African American Read-In, The Greater Queens Chapter of The Links, Inc and York College present:

A Black descendant of Thomas Jefferson and Sally Hemings’ family explores America’s racial reckoning through the prism of her ancestors—both the enslaver and the enslaved.

Gayle Jessup White had long heard the stories passed down from her father’s family, that they were direct descendants of Thomas Jefferson—lore she firmly believed, though others did not. For four decades the acclaimed journalist and genealogy enthusiast researched her connection to Thomas Jefferson, to confirm its truth once and for all.

After she was named a Jefferson Studies Fellow, Jessup White discovered her family lore was correct. Poring through photos and documents and pursuing DNA evidence, she learned that not only was she a descendant of Jefferson on his father’s side; she was also the great-great-great-granddaughter of Peter Hemings, Sally Hemings’s brother.

In Reclamation she chronicles her remarkable journey to definitively understand her heritage and reclaim it, and offers a compelling portrait of what it means to be a black woman in America, to pursue the American dream, to reconcile the legacy of racism, and to ensure the nation lives up to the ideals advocated by her legendary ancestor.

The author will talk virtually with Emmy Award winning journalist Cheryl Wills during this free virtual event.  There will be a Q&A.