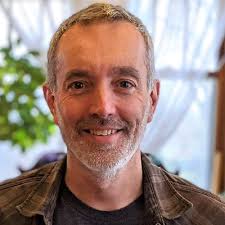 After a decade as an education professor, Greg Michie decided to return to his teaching roots. He went back to the same Chicago neighborhood, the same public school, and the same grade level and subject he taught in the 1990s. But much had changed—both in schools and in the world outside them. Same As It Never Was chronicles Michie’s efforts to navigate the new realities of public schooling while also trying to rediscover himself as a teacher. Against a backdrop of teacher strikes and anti-testing protests, the movement for Black lives and the deepening of anti-immigrant sentiment, this book invites readers into an award-winning teacher’s classroom as he struggles to teach toward equity and justice in a time where both are elusive for too many children in our nation’s schools.

The award was presented at the Middle Level Luncheon during the NCTE Annual Convention.

Nominations are not accepted for this award.

Purpose:
To honor a junior high/middle level educator who has worked to promote understanding of the developmental needs and characteristics of young adolescents, especially in the English language arts.

Eligibility:
A “middle level educator” is defined as anyone who has worked to improve schools and schooling for the middle level—teacher, principal, curriculum specialist, or supervisor as well as anyone at the university or college level—not necessarily a classroom teacher.

Award Specifics:
The award recipient is presented a plaque at the Middle Level Luncheon during the NCTE Annual Convention.

Established in 1996 by the Junior High/Middle School Assembly, this award honors Richard “Dick” Halle for his dedication to the Assembly and middle level education. The award became a Middle Level Section Award in February 2002 when the Assembly was dissolved.

Learn about the Junior High/Middle School Assembly, Halle Award, and the creation of the Middle Level Section in “Honoring the Past; Looking to the Future.”