Preserving the Freedom to Teach - National Council of Teachers of English

Preserving the Freedom to Teach

An article from NCTE’s member magazine, The Council Chronicle, September, 2022

For years, NCTE member and award-winning teacher Patti Bobbitt of Chaparral Junior-Senior High School (Anthony, KS) has taught and provided students with a diverse array of literature and ideas. After all, she says, her students live in racially homogenous, small-town Kansas, where they aren’t exposed to many different perspectives. “Some of my students want to see the world and they want to leave our town, but they didn’t know who Malcolm X was. They didn’t know about the Tulsa massacre,” says Bobbitt. “They have been very vocal in expressing what they don’t know and want to know to be prepared [to enter the world].”

But in the spring of 2022, her local school board began trying to censor and restrict the materials and conversations she and her students were having about race. “The attack, for me, is personal,” she says. “If the public, my board, and my fellow teachers don’t perceive me as qualified to lead in this new chapter, then I will retire…[but] I will not go without a fight,” Bobbitt says.

With a multitude of challenges already facing teachers, the latest widespread movement to weaken teacher autonomy and externally control curriculum is adding additional strain on the profession.

But fortunately, NCTE and other professional organizations—in addition to individual teachers, advocates, and parents—are pushing back to help educators maintain the freedom to teach. 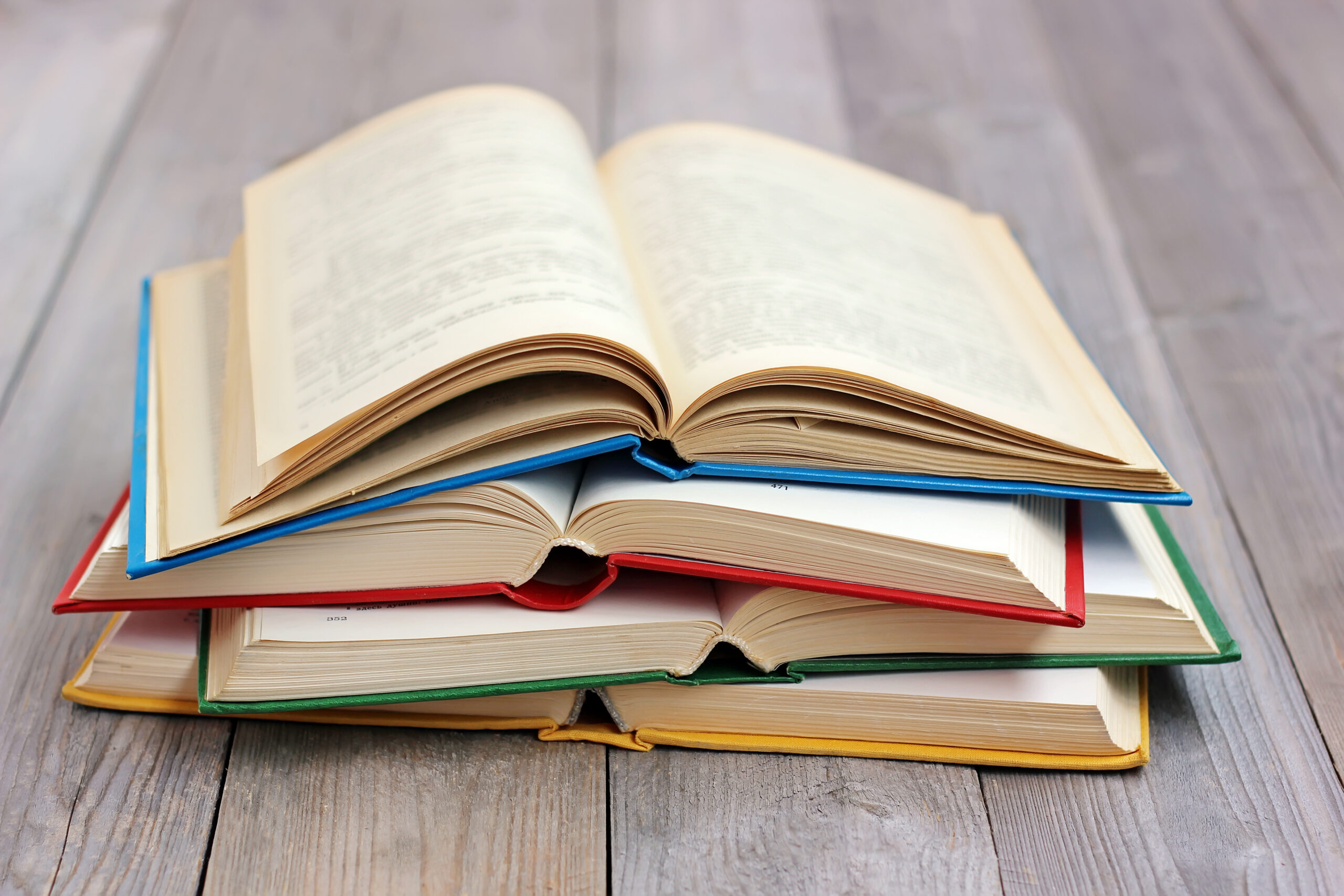 NCTE is a long-time sponsor of the Banned Books Week Coalition. Staff time and financial resources are consistently allocated to further the work of the Coalition. Join us in celebrating the freedom to read, where we will offer events and more throughout the week!

If you’ve watched the news or consumed any media over the past year, you’ve probably noticed a number of stories featuring aggressive attempts to suppress how—and what—teachers teach. There’s Florida’s so-called “Don’t Say Gay” law, which prohibits classroom discussions of sexuality in the lower grades. Math textbooks have been axed from curriculums in some states for treatment of race (because of alleged student indoctrination in the form of CRT, or Critical Race Theory). As of early summer 2022, Republican- led legislatures have passed 36 laws restricting teaching about race and racism. And of course, there are continued attempts to ban books. According to the American Library Association, book challenges and bans reached a twenty-year high in 2021. Most of the challenged books were by or about Black or LGBTQIA+ people.

At a more local level, school boards across the country have gotten involved either to protect teachers’ academic freedom or to restrict it, as in Bobbitt’s case. All of these efforts to suppress what students are exposed to and can learn is certainly mobilizing individuals and organizations alike. After all, whether or not schools can assist students in becoming informed, respectful, and critically thinking members of society is at stake.

In response to the various levels of attempted teacher censorship, NCTE partnered with several organizations to create the Freedom to Teach statement: National Council for the Social Studies, National Council of Teachers of Mathematics, National Science Teaching Association, and the National Coalition Against Censorship all contributed. As excerpted below, this strongly worded statement pushes back on the current climate of censorship:

Teachers are being maligned as “harming” children and are subjected to constant scrutiny (and even direct surveillance) by many parents, school administrators, and activist groups. Some are afraid to offer their students award-winning books that may violate vaguely stated laws about teaching

the history of racism or that may be misleadingly labeled as pornographic. As a result, teachers’ very ability to do their job is under threat.

Unsurprisingly, NCTE members’ experiences with attempted and successful threats and actions infringing on teacher freedom are seemingly as diverse as the organization’s membership.

Shelli Thelen, who teaches fifth grade in Columbia, Missouri, says that her district’s ELA and social studies curriculum doesn’t shy away from multiple perspectives and power dynamics in American history. Recognizing not only the successes in our shared history but also the stains is one aspect of an approach being called anti- American by some politicians and culture warriors. Her local school board is currently supportive of teachers exercising professional judgment when teaching potentially controversial topics, however, and Thelen is cautiously optimistic that she won’t have to change her lesson plans any time soon. Nonetheless, there is a vocal contingent of parents and community members pushing an anti-teacher agenda on Facebook, “and they will continue to push their agenda through in any way, shape, or form…so they have not made it enjoyable in our community.”

Like Thelen, Holly Spinelli of Monroe-Woodbury High School (Central Valley, NY) and SUNY Orange County Community College believes that teachers should present materials that mirror our society’s diversity and complexity. What’s taught in classrooms, she says, should represent a range of perspectives that reflect the reality of living in a multicultural society. “… We want to make sure that we’re [teaching] a culturally responsive curriculum that involves everyone. So if you don’t like [any given history or group of people], that doesn’t mean it doesn’t exist in the world!” Spinelli says.

Across the country in Arizona, veteran educator Lisa Watson of Sonoran Science Academy (Tucson) is also a strong advocate of giving students access to a range of texts that reflect their various realities and backgrounds. “We have different cultures in our school, and so we decided we need to have our students embrace themselves by reading about themselves,” she says. Watson’s inspiration to diversify her own classroom library offerings was sparked at the 2021 NCTE Annual Convention (held online), and after she returned to her classroom, she and her students examined the texts on the shelves. The authors weren’t very representative of her student body, they noticed, and Watson promptly purchased numerous books from different authors and cultures. She displayed the new texts, and students eagerly began devouring the new material. Perla, one of her more reticent students, loved I Am Not Your Perfect Mexican Daughter by Erika Sánchez so much that she asked Watson if she could keep the book. “‘Of course you can,’ I told her. It was a beautiful moment.”

Regardless of NCTE members’ individual experiences and circumstances, it is clear that dismay, disgust, and disappointment are widely shared reactions to the current movement. “Honestly, it’s infuriating, but I take that frustration and channel it towards active engagement with my students, school community, and professional learning spaces,” Spinelli says.

John Hansen of Mohave Community College (Kingman, AZ) admits that he’s bolstered his curricular choices relating to race, sexuality, religion, and more, also taking his frustration and turning it into positive action. “[The current climate] makes me rethink my approach and it seems that I’m actually a little more forward in those topics that are being banned [in some places],” he says, adding that he feels like he can’t provide students with a well-rounded education by shying away from difficult subjects and discussions. “If these things are being taken out of the curriculum, then I don’t see how we can set these students up to critically think for themselves.” In states or districts where content restrictions have not been as prevalent, some teachers feel fortunate and appreciative to maintain a continuing freedom to teach.

“We’re kind of aghast at some of the things that are being challenged in other states. And sometimes when we say things like, ‘wow, would we have been fired if we were in one of these other states for what we just said?’” says Heather Jennings of Rosedale Alternative School (Rosedale, MD). Jennings’s comments reflect the reality that for teachers, dealing with these controversies are more abstractions than a daily worry or reality.

WHAT DO PARENTS AND STUDENTS ACTUALLY THINK?

Perhaps one of the biggest ironies about school board and legislative attempts to silence teachers is that the vast majority of students and parents are supportive of what’s happening in schools. According to a national poll conducted by NPR and Ipsos, 76 percent of parents and guardians agree that “my child’s school does a good job keeping me informed about the curriculum, including potentially controversial topics.” In addition, less than 20 percent of respondents stated that their students were being taught about race, racism, gender and sexuality, and US history in a manner that clashed with their own family’s values.

It’s not just parents who overwhelmingly support the discussion of difficult and potentially controversial topics, however. NCTE teachers report that their students don’t want to be coddled intellectually and academically. “A majority of [my] students enjoy learning about difficult issues and hearing what their classmates have to say—all while having cordial exchanges that help broaden their thinking or, at the very least, allow them to consider differing opinions,” Hansen says. Even when students become uncomfortable, Spinelli adds, many acknowledge that that’s life, right? Spinelli prefers to facilitate and listen to her students as they grapple with difficult topics. “I try really hard to hold a democratic classroom. I want to make sure that my voice is not swaying a student’s [opinion] or discouraging them from sharing,” she says.

The conclusion of the Freedom to Teach statement is clear in its rejection of the current movement to silence teachers:

In their zeal, activists of the current culture wars unfortunately treat teachers as if they are enemies. The truth is that teachers are uniquely important leaders who, in educating current and new generations of students, bear responsibility for this country’s future….

In Kansas, Bobbitt’s own leadership led her to empower students to offer presentations to the school board, but sadly, she says, and “ever-so-disappointing for my students, none of the board was receptive to our presentations” on topics ranging from block scheduling to cultural awareness and racial matters. As there’s little doubt culture wars will continue to impact teacher freedom in various ways, educators like Bobbitt and legions of others will continue to do what’s best for students and, by extension, for a more tolerant, healthy society.

PAUL BARNWELL IS A VETERAN MIDDLE AND HIGH SCHOOL ENGLISH TEACHER NOW WORKING AS A FREELANCE WRITER. HE HAS WRITTEN FOR EDUCATION WEEK AND THE ATLANTIC. HE CAN BE REACHED AT PSBARNWELL@GMAIL.COM.