A conversation with Ibram X. Kendi on his latest book Antiracist Baby. 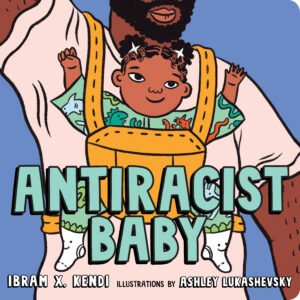 Ibram X. Kendi will join NCTE again in conversation upon the release of his new book, Antiracist Baby. The new book is a board book, written to introduce the concepts of antiracism to young children. The book’s nine concepts, supported by bold illustration, initiate conversation around antiracist behaviors. While this is a board book for children, this latest book by Dr. Kendi can support and interest readers of all ages.

Dr. Kendi and Jason Reynolds joined NCTE in conversation recently. The hour was filled with insight into their book, Stamped: Racism, Antiracism, and You, and initiated ongoing conversation and dialogue around individual and collective antiracist practices among NCTE members. This session will be moderated by NCTE member Aeriale N. Johnson and is an opportunity to engage Dr. Kendi in further conversation specifically around his new book for the youngest of readers. 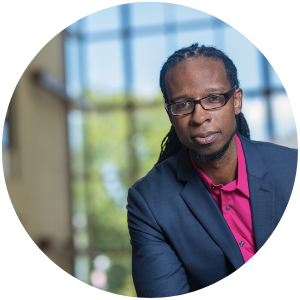 ABOUT THE AUTHOR & MODERATOR

When IBRAM X. KENDI won the National Book Award for Nonfiction in 2016 for a book about the history of racist ideas in America, some people felt a disconnect. Emerging from eight years of leadership under an African American president, a narrative was building in America about the emergence of a post-racial society, colorblind to race and valuing merit over skin color. Kendi challenges this notion in his New York Times-bestselling book Stamped from the Beginning, taking an expansive view on race and racist ideas that spans from 15th century Europe until modern day America. Kendi’s insight on racist structures are the focus of his New York Times bestselling book How to Be an Antiracist, which empowers readers and audiences to not only recognize the pervasive influence of racism and racist ideas, but to actively participate in dismantling it.

Kendi embarked on the research for his book under the assumption that the major producers of racist ideas were hateful and ignorant. And that borne from racist ideas were racist policies like slavery, Jim Crow, and mass incarceration. But as Kendi dug deeper and contextualized motives, he began to gain a new understanding of the cause and effect actually at play. He soon discovered that political, economic, and cultural self-interest are behind the creation of racist policies and these policies in turn create the racist ideas that rationalize the deep inequities in everything from wealth to health.

Ibram X. Kendi is professor of History and International Relations and the founding director of the Antiracist Research and Policy Center at American University. He is a frequent public speaker who speaks with great expertise and compassion about the findings of his book and how they can fit into the national conversation on racial and social justice.

Kendi has received research fellowships, grants, and visiting appointments from a variety of universities, foundations, professional associations, and libraries, including the American Historical Association, Library of Congress, National Academy of Education, Spencer Foundation, Lyndon B. Johnson Library & Museum, Rutgers Center for Historical Analysis, Brown University, Princeton University, Duke University, University of Chicago, and UCLA. Most recently, he was named a 2019 Guggenheim Fellow for his work.

How To Be An Antiracist was an instant New York Times bestseller and named one of the best books of the year by The New York Times Book Review, Time, NPR, The Washington Post, Publishers Weekly, Library Journal, and Kirkus Reviews, among others. In addition to winning the National Book Award, Stamped from the Beginning: The Definitive History of Racist Ideas was also named a finalist for the 2016 National Book Critics Circle Award for Nonfiction and nominated for the 2016 NAACP Image Award for Outstanding Literary Work in Nonfiction. Stamped was featured on many Best Books of 2016 lists, including in the Boston Globe, Kirkus, The Washington Post, The Root, Chicago Review of Books, and Buzzfeed. In a remarkable follow-up to Stamped from the Beginning, Stamped, co-written with Jason Reynolds, is a timely, crucial, and empowering exploration that shines a light on the many insidious forms of racist ideas and how to stamp out these thoughts. His next book, Antiracist Baby, will be published in June.

Kendi has published numerous academic essays as well as op-eds in publications such as The New York Times, The Washington Post, Time, The Guardian, and The Chronicle of Higher Education. He is also the author of the award-winning book, The Black Campus Movement: Black Students and the Racial Reconstitution of Higher Education, 1965–1972. In 2018, he was named a columnist for a new vertical of The Atlantic focusing on ideas, opinion, and political and cultural commentary. 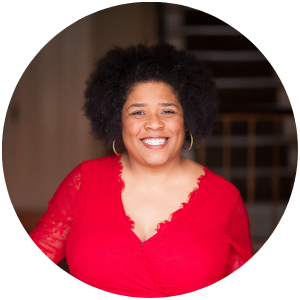 AERIALE N. JOHNSON teaches second graders for liberation at Washington Elementary School, a school bursting with the energy of multiculturalism and multilingualism in downtown San Jose, CA. She is a National Board Certified Teacher, specializing in early-middle childhood literacy, and a recipient of many grants and fellowships. Johnson most recently served as a Heinemann Fellow. She is an associate director for the San Jose Area Writing Project, facilitating professional development for teachers and writing workshops for children, and serves on NCTE’s Build Your Stack committee. Her blogs, articles, and essays have been published by NCTE, Heinemann, the International Literacy Association, and Scholastic.