NCTE Presents - I Am Every Good Thing - NCTE 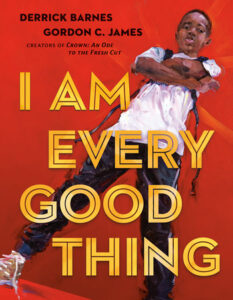 Join NCTE in conversation with New York Times bestselling author Derrick Barnes and illustrator Gordon C. James about their latest book, I Am Every Good Thing, which releases September 1. The picture book focuses on an empowered and incredibly confident young Black narrator with great plans to accomplish every desire of his heart despite the challenges he faces.

Barnes and James will be interviewed by NCTE member and #DisruptTexts co-founder Dr. Kimberly N. Parker. 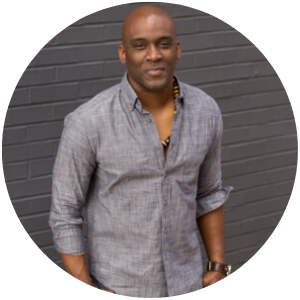 ABOUT THE SPEAKERS & MODERATOR

DERRICK BARNES wrote the New York Times bestseller The King of Kindergarten as well as the critically acclaimed picture book Crown: An Ode to the Fresh Cut (illustrated by Gordon C. James), which received a Newbery Honor, a Coretta Scott King Author Honor, the 2018 Ezra Jack Keats New Writer Award, and the 2018 Kirkus Prize for Young Readers. He also wrote the bestselling chapter book series Ruby and the Booker Boys. He owns the copywriting company Say Word Creative Communications and created the popular blog Raising the Mighty, where he “chronicles the experience of bringing up four beautiful Black boys in America.” He lives in Charlotte, North Carolina, with his wife and their four sons. 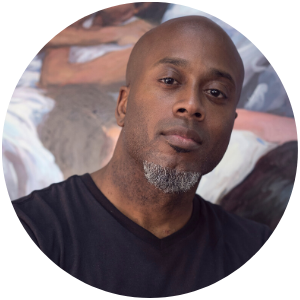 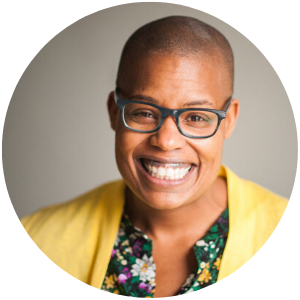 DR. KIMBERLY N. PARKER currently prepares preservice teachers as the assistant director of the Teacher Training Center at the Shady Hill School in Cambridge, MA. Kim taught in public schools, universities, and graduate schools for 18 years and served on several committees for the National Council of Teachers of English (NCTE) and the New England Association of Teachers of English (NEATE). As a Heinemann Fellow (2016–2018), Kim documented her successful work de-tracking her ELA classroom for students of color. Her continuing scholarship is focused on the literacy lives of Black youth, particularly those of Black boys. She is a co-founder of #DisruptTexts. You can follow her on Twitter at @TchKimpossible.