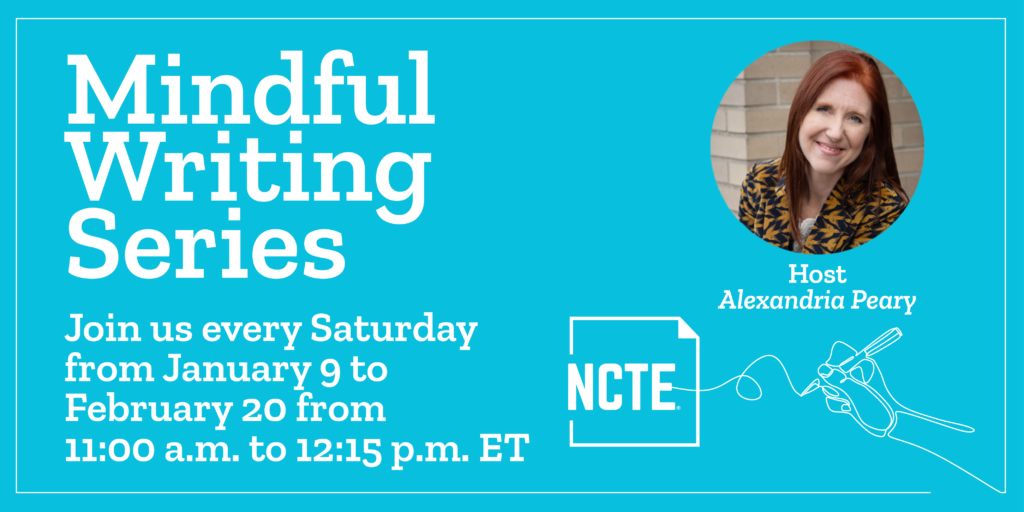 NCTE held seven Mindful Writing Events in the winter of 2021 and three in the fall of 2020. Videos from the fall can be found at the bottom of this page. The winter videos were emailed to registrants after each event and are not currently available elsewhere.

Email Sarah Miller, smiller@ncte.org, with any questions related to these events. 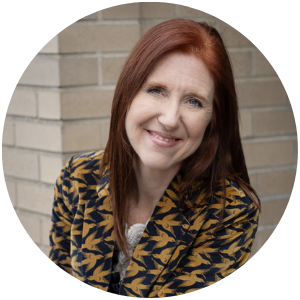 ABOUT THE AUTHORS AND SPEAKERS

ALEXANDRIA PEARY serves as New Hampshire Poet Laureate and is a 2020 recipient of an Academy of American Poets Laureate Fellowship in support of her development of mindful writing workshops for child survivors of her state’s opioid crisis. She specializes in mindful writing, and presented a 2019 TEDx talk titled “How Mindfulness Can Transform the Way You Write.” She is the author of seven books, including Prolific Moment: Theory and Practice of Mindfulness for Writing (2018) and The Water Draft (2019). Alex is a professor in the English department at Salem State University and serves as the History Editor for the Journal of Creative Writing Studies. She will deliver the keynote address on mindful writing for this year’s conference of the Secondary School Writing Centers Association.  She has served as an NCTE policy analyst and a guest reviewer for College Composition and Communication. Her post “The Ability to Write Is Always Present” appeared on the Literacy & NCTE blog and her answers to common questions about mindfulness appear in the Council Chronicle article “What Does Mindfulness Offer Teachers?” Learn more. 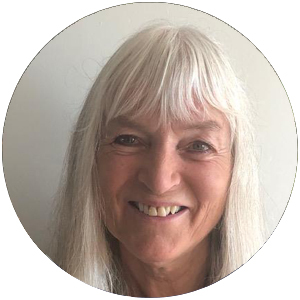 CHRISTA TURKSMA, DRS, is a child-clinical psychologist who was born and raised and received her training in the Netherlands. She has worked in all aspects of education, including as a kindergarten teacher, principal, and coach for other teachers. Her concern for teachers’ well-being led her to co-develop the CARE (Cultivating Awareness and Resilience in Education) program for nurturing mindfulness in teachers. CARE is a professional development program with a strong evidence base for improving teachers’ well-being and enjoyment of teaching, thus reducing burnout. The program is designed to help teachers reduce stress and enliven their teaching by promoting awareness, presence, compassion, reflection, and inspiration—the inner resources they need in order to help students flourish socially, emotionally, and academically. Christa now leads the development of the CARE program and the training of facilitators around the world through a new nonprofit organization known as CREATE (www.createforeducation.org). 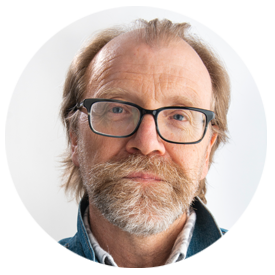 GEORGE SAUNDERS is the #1 New York Times bestselling author of ten books, including Lincoln in the Bardo, which won the Man Booker Prize; Congratulations, by the way; Tenth of December, a finalist for the National Book Award; The Braindead Megaphone; and the critically acclaimed short story collections CivilWarLand in Bad Decline, Pastoralia, and In Persuasion Nation. He teaches in the creative writing program at Syracuse University. His most recent book, A Swim in a Pond in the Rain, is available now. He was born in Amarillo, Texas, and raised in Oak Forest, Illinois. He has a degree in geophysics from the Colorado School of Mines and has worked as a geophysical prospector in Indonesia, a roofer in Chicago, a doorman in Beverly Hills, and a technical writer in Rochester, New York. He has taught since 1997 in the Creative Writing Program at Syracuse University. 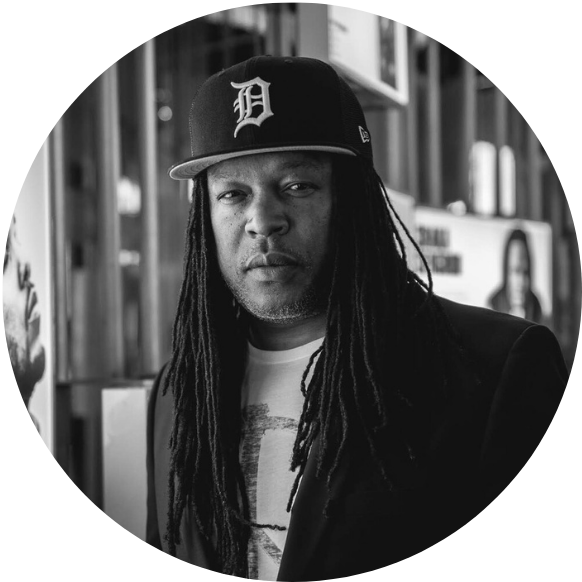 SHAKA SENGHOR is the president of Shaka Senghor, Inc., and founder of Redeemed Sole. His memoir Writing My Wrongs: Life, Death, and Redemption in an American Prison debuted on the New York Times and Washington Post bestseller lists. Shaka is a former MIT Media Lab Director’s Fellow and a former Fellow in the inaugural class of the W. K. Kellogg Foundation’s Community Leadership Network. His 2014 TED Talk was featured in their “Year in Ideas” roundup and has over 1.6 million views. Shaka is the recipient of numerous awards, including the 2012 Black Male Engagement (BMe) Leadership Award, the 2015 Manchester University Innovator of the Year Award, the 2016 FORD Man of Courage Award, and the 2016 NAACP Great Expectations Award. He was recently recognized by OWN (the Oprah Winfrey Network) as a “Soul Igniter” in the inaugural class of the SuperSoul 100. He has taught at the University of Michigan and shares his story of redemption around the world. Today, Shaka’s priority is shifting societal narratives through storytelling and developing workshops with high entertainment value and deep social impact. Transcending industries, Shaka Senghor builds and executes global strategies and develops thought-focused leadership and cultural campaigns as a consultant for businesses and nonprofit organizations internationally. 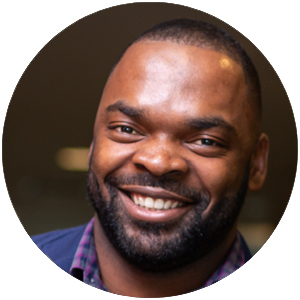 DIDO BALLA is a passionate speaker, educator, and entrepreneur. He graduated with a master’s of science in secondary education from the Johns Hopkins University School of Education. Dido has seven years of experience as a high school teacher, and is also founder of the nonprofit organization FitLit, which uses a blended curriculum of fitness and literacy to empower youth. As an experienced brain trainer, Dido has positively influenced hundreds of parents and educators as well as thousands of students in the areas of emotional intelligence, mindful awareness, and positive psychology. His work has expanded throughout the United States and in Jordan and Brazil. He also serves as Director of Educational Innovation and Partnerships for the Goldie Hawn Foundation, where his focus is to maximize the effect of MindUP in schools, communities, and families. He is on a mission to make the world a happier, more productive, and more fulfilled place. 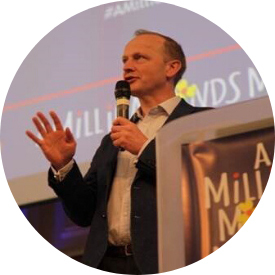 RICHARD BURNETT is cofounder of the Mindfulness in Schools Project (MiSP), a national not-for-profit charity for young people and schools in the UK. He co-wrote the .b curriculum, MiSP’s flagship mindfulness course designed to engage adolescents in the classroom. Richard is a teacher at Tonbridge School, which was the first school in the UK to put mindfulness on the curriculum, a move that was covered widely by the media in 2010. Since then, he has taught mindfulness to well over a thousand adolescents—in classrooms, science labs, libraries, theaters, carparks, and fields, and at virtually every time of day. Richard’s TEDx talk helped define the landscape of mindfulness in education, and he was an expert witness at the All-Party Parliamentary Group on Mindfulness. He has appeared regularly at conferences, on TV, on radio, and in the national and local press to make the case for mindfulness in education. 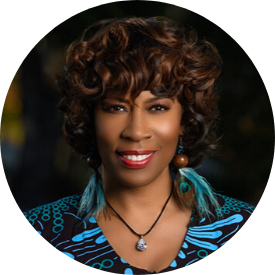 JENÉE JOHNSON pioneered and leads the unique effort to bring mindfulness into public health practices and programs though the Trauma Informed Systems of Care Initiative in the San Francisco Department of Public Health. Her goal is to improve the organization’s ability to manage change, stay resilient, inspire growth, and become a mindful culture that leads and serves with compassion. Jenée is the founder of The Right Within Experience, a mindfulness immersion program that reclaims humanity, joy, and well-being for people of African ancestry through mindfulness practices. For 15 years, she served as the director of the San Francisco Black Infant Health Program, which provides direct service to Black pregnant women and new mothers in order to address the health disparities in infant and maternal mortality. Jenée Johnson is a HeartMath-certified trainer and certified professional Co-Active coach. She is also certified by the globally recognized Search Inside Yourself Leadership Institute (SIYLI) to teach mindfulness and emotional intelligence based on the latest neuroscience, and serves on the SIYLI advisory board. She is a trauma trainer, Emotional Emancipation Circles facilitator (Association of Black Psychologists), and certified teacher of Femme!, a meditative movement and wellness modality for women. She is a keynote speaker, coach, and consultant with Sankofa Holistic Counseling Services in Oakland. Jenée is a native New Yorker with Caribbean and Southern roots. She resides in Oakland with her husband and her young adult son.

Below are videos from previous sessions in the fall of 2020.