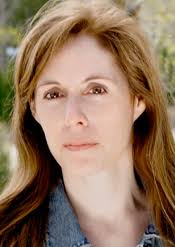 Laurie Halse Anderson, an icon of young adult literature and an advocate for students and their rights to read her books and others like them, will accept the NCTE National Intellectual Freedom Award in November at the NCTE Annual Convention in Minneapolis, Minnesota.

Anderson is the New York Times-bestselling author who writes for kids of all ages. Known for tackling tough subjects with humor and sensitivity, her work has earned numerous national and state awards, as well as international recognition. Two of her books, Speak and Chains, were National Book Award finalists. She was honored with the 2009 Margaret A. Edwards Award given by the YALSA division of the American Library Association for her “significant and lasting contribution to young adult literature.”

Since its publication release in 1999, Speak has been challenged on its content about rape, sexual assault, and suicidal thoughts. In fact, one Missouri professor wanted the book banned from the Republic School District because he considered the two rape scenes “soft pornography.” In her monograph, Laurie Halse Anderson: Speaking in Tongues, Wendy J. Glenn claims that Speak “has generated more academic response than any other novel Anderson has written.” Still, despite the ensuing controversies, English teachers continue to teach Speak in their classroom.

“Our books have to be honest to connect to teenagers today,” Anderson has said when talking about censorship. Students “need us to be brave enough to give them great books so they can grow into the strong women and men they need to be.”

For her outspoken defense of adolescents’ right to read, the NCTE Standing Committee Against Censorship is honored to present Laurie Halse Anderson with the 2015 National Intellectual Freedom Award. Anderson will receive the award on Saturday, November 21, during an awards session scheduled for 8:00 a.m. at the Minneapolis Convention Center.

Honorable Mentions have been awarded to Margaret Ford of Campbell, Ohio, and Rod Wagner of Lincoln, Nebraska.

The National Council of Teachers of English, with 30,000 individual and institutional members worldwide, is dedicated to improving the teaching and learning of English.