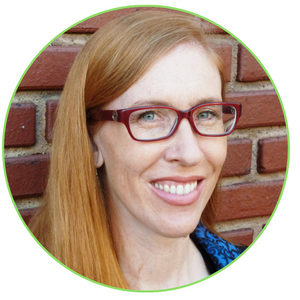 Julia Schleck is an associate professor of English at the University of Nebraska–Lincoln, where she teaches courses on English Renaissance drama and poetry, travel writings, gender and imperialism, and early modern world history. Schleck completed her PhD at New York University in 2006 and has written two books on early modern English travel writing. She is coeditor of the book series Connected Histories in the Early Modern World at Amsterdam University Press.

In addition to her work in early modern studies, Schleck recently published Dirty Knowledge: Academic Freedom in the Age of Neoliberalism, which explores the increasing failure of traditional conceptions of academic freedom to protect the integrity of classrooms and research in contemporary higher education. Dirty Knowledge argues for a new conception of intellectual freedom that accounts for the role of job security, funding, and other material conditions in the crafting of classes and the production of new knowledge.

Schleck is an active member of the American Association of University Professors, serving on its national Committee on College and University Governance. She has been president of AAUP’s Nebraska State Conference as well as of her local chapter at the University of Nebraska–Lincoln.  She regularly gives talks on academic freedom and contributes to national journals and blogs on topics related to academic freedom and higher education. She has been awarded her university senate’s Lake Award for Academic Freedom, as well as recognition from the Academic Freedom Coalition of Nebraska.

“Reading enables us to understand our current world and to envision our collective future. Those who open new intellectual and creative worlds to us through teaching reading, literature, and writing are helping to create a richer and more humane future for us all. At a moment when renewed efforts at censorship threaten students’ access to many books and ideas, and teachers are once again under attack, it is critical to support the people who have dedicated their lives to teaching reading and writing and protected free access to books and learning for all.” 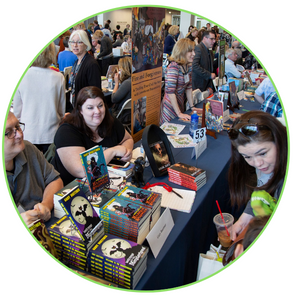 The literary legacy of Ohio stretches back as far as the founding of the state itself and is as vast and diverse as the population who lives within it. The Ohioana Library Association exists as a celebration of that legacy, with a unique collection that boasts over 50,000 books by or about Ohioans, 10,000 pieces of sheet music, biographical files on notable Ohioans, personal papers of Ohio authors and artists, and numerous scrapbooks created by Ohio civic and cultural organizations. In addition to its impressive collection, Ohioana encompasses a variety of outreach programming, including the Ohioana Quarterly and the Ohio Literary Trail, and events, spearheaded by the Ohioana Book Awards (the second-oldest state literary prize in America) and the annual Ohioana Book Festival. Ohioana was founded in 1929 by Ohio First Lady Martha Kinney Cooper, whose vision was to promote and celebrate Ohio’s rich literary past, present, and future. After 93 years, this mission is still as strong as ever, making the Ohioana Library a literary landmark unlike any other.

Established in 1997 by NCTE and SLATE—Support for the Learning and Teaching of English—this award is given to individuals, groups, or institutions that merit recognition for advancing the cause of intellectual freedom. A subcommittee of the NCTE Standing Committee Against Censorship selects the recipient(s).

PURPOSE
The purpose of the NCTE National Intellectual Freedom Award is to honor individuals, groups, or institutions that merit recognition for advancing the cause of intellectual freedom. Award categories are (1) a national award and (2) an NCTE affiliate-based award.

WHO CAN PARTICIPATE
Any member of the National Council of Teachers of English may make a nomination for the national award by following the specifications below.

FREQUENCY/NUMBER OF AWARDS
One national award will be given each year, with up to two honorable mentions.

AWARD CRITERIA AND JUDGING
The eligibility criteria for the national NCTE Intellectual Freedom Award are as follows:

The procedural rules for the NCTE National Intellectual Freedom Awards are as follows: description of the activities or events that merited the award must be presented by June 15 in two forms: the Intellectual Freedom Award form (below), and concise documentation and/or testimony of not less than one single-spaced page and not more than three double-spaced pages and three pages of attachments.

Judges for the national NCTE Intellectual Freedom Award will be members of the Standing Committee Against Censorship.

The permission of the potential awardee must be obtained in advance by the nominator. This specification acknowledges that many who act in defense of intellectual freedom remain under continued scrutiny and pressure. They sometimes choose to avoid public notice which, however supportive, places them under further duress.

2017
Joan Bertin, Former Executive Director of the National Coalition Against Censorship
Honorable Mentions
Christina Berchini of the University of Wisconsin in Eau Claire
SAGA 6, a group of six students from Mount Horeb High School, Wisconsin, and their school and community advisors