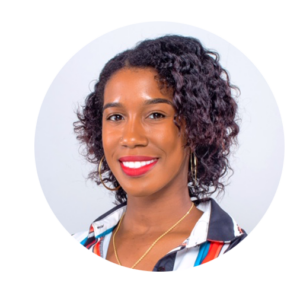 For her article: Freedom Dreaming in a Broken World: The Black Radical Imagination in Black Girls’ Science Fiction Stories

Alicia Rusoja
“Our Community is Filled with Experts:” The Critical Intergenerational Literacies of Latinx Immigrants that Facilitate a Communal Pedagogy of Resistance

The Alan C. Purves Award is presented annually to the author(s) of the Research in the Teaching of English article from the previous year’s volume judged as likely to have the greatest impact on educational practice.

Grace D. Player
“My Color of My Name”: Composing Critical Self-Celebration with Girls of Color through a Feminist of Color Writing Pedagogy

2020
Latrise P. Johnson and Hannah Sullivan
Revealing the Human and the Writer: The Promise of a Humanizing Writing Pedagogy for Black Students (May 2020)

Honorable Mention:
Monica Gonzalez Ybarra
“We Have a Strong Way of Thinking…and It Shows through Our Words”: Exploring Mujerista Literacies with Chicana/Latina Youth in a Community Ethnic Studies Course (February 2020)

Honorable Mention:
Lamar L. Johnson
“Where Do We Go from Here? Toward a Critical Race English Education” (November 2018)

Latrise P. Johnson
“Writing the Self: Black Queer Youth Challenge Heteronormative Ways of Being in an After-School Writing Club” (August 2017)

2011
Ramón Antonio Martínez
“Spanglish as a Literacy Tool: Toward an Understanding of the Potential Role of Spanish-English Code-Switching in the Development of Academic Literacy” (November 2010)

2008
Beth Maloch
“Beyond Exposure: The Uses of Informational Texts in a Second Grade Classroom” (February 2008)

2005
Mollie V. Blackburn
“Disrupting Dichotomies for Social Change: A Review of, Critique of, and Complement to Current Educational Literacy Scholarship on Gender” (May 2005)

2004
Ailing Kong and P. David Pearson
“The Road to Participation: The Construction of a Literacy Practice in a Learning Community of Linguistically Diverse Learners” (August 2003)

2003
Pauline Harris, Jillian Trezise, and W. N. Winser
“‘Is the Story on My Face?’: Intertextual Conflicts during Teacher-Class Interactions around Texts in Early Grade Classrooms” (August 2002)

2002
Bob Fecho
“‘Why Are You Doing This?’: Acknowledging and Transcending Threat in a Critical Inquiry Classroom” (August 2001)