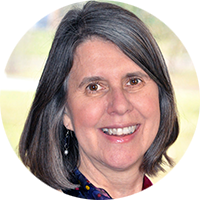 Cathy Fleischer recently retired from Eastern Michigan University after 32 years as an English education professor. A former high school teacher, Cathy continues to support teachers through workshops and collaborations about the teaching of writing and teacher action research at local, state, and national levels. Author and editor of numerous books and articles, her most recent work surrounds Everyday Advocacy, helping teachers learn strategic ways to change the public narrative on literacy education. Cathy has served as co-editor of the journal English Education; co-director of the Eastern Michigan Writing Project; and co-founder of YpsiWrites, a community writing center. She is also developmental editor for NCTE’s Principles in Practice Imprint.

The award will be presented during the CEL Annual Convention.

Purpose:  The award is given annually to an NCTE member who is an outstanding English language arts educator and leader.

Award Criteria:  NCTE and CEL members are encouraged to nominate an exceptional leader who has had an ongoing impact on the profession through the following:

Candidates not selected for the year in which they are nominated will receive consideration for the next two years.

Nomination Materials: The CEL Kent Williamson Exemplary Leader Award is given annually to an NCTE member who is an outstanding English Language Arts educator and leader. The award is named in honor of Kent D. Williamson (1957-2015), who served as NCTE’s Executive Director from 2000-2015. Previous winners include Jocelyn Chadwick, Linda Rief, Ernest Morrell, Pam Allyn, Caro Jago, and Penny Kittle. Nominations should be emailed directly to the CEL Associate Chair, Dr. Emily Meixner, meixner@tcnj.edu, by March 1.

Judging:  The CEL Award Committee determines the recipient from the nominations submitted within the calendar year. For full consideration, award applications must be received no later than March 1. Candidates not selected for the year in which they are nominated will receive consideration for the next two years.