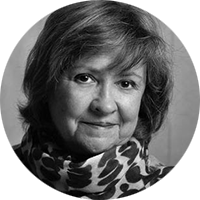 Amy Salamone is a proud public school teacher of high school English for over 30 years and a committed member of the Capital District Writing Project in Albany, New York.  Salamone believes in the power of reading and writing to change the world and Salamone knows that teachers live in the possibilities and help dreams come true.

The award will be presented during the CEL Annual Convention.

Purpose:  The CEL Teacher-Leader of Excellence Award recognizes a classroom educator and NCTE member who leads in and out of the classroom by amplifying student voices and also finds ways to contribute to the broader school and educational communities.

Award Criteria:  The award recipient should exemplify the following:

Award Specifics: The recipient receives a certificate, which is presented at the CEL Annual Convention.

Nomination Materials:  All nominations must contain the Nomination Form, at least two letters of recommendation, and the candidate’s curriculum vitae.

Judging:  The CEL Award Committee determines the recipient from the nominations submitted within the calendar year. For full consideration, nominations must be received no later than March 1. Candidates not selected for the year in which they are nominated will receive consideration for the next two years.

*If you are unsure which award best matches you/the nominee’s experience, please email cel@ncte.org.
**Note: The CEL Awards Committee may consider nominees for an award different from the one for which they were nominated if they feel it is a better fit.