To See Ourselves in Books - NCTE
Back to Blog 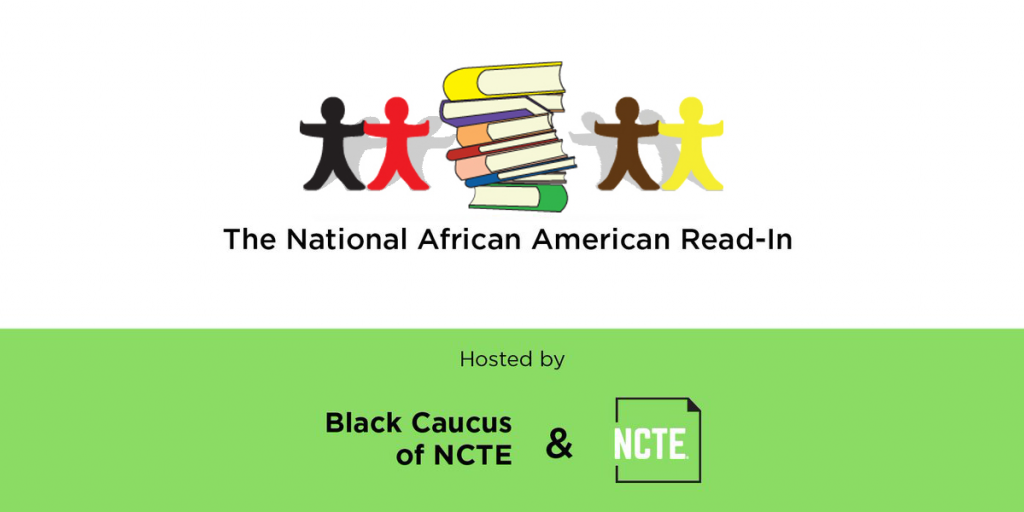 The African American Read-In (AARI), established by the Black Caucus of NCTE, is built on an ambitious yet confident premise: that a school and community reading event can be an effective way to promote diversity in children’s literature, encourage young people to read, and shine a spotlight on African American authors. As we prepare to celebrate the 26th year since the event was created, it appears that it’s not only made progress toward these goals, but will continue to be an inspiration to schools and communities for some time to come.

“The Black Caucus wanted to do something that would help it sustain itself over time,” says the event’s founder, Dr. Jerrie Cobb Scott, who was a professor of Urban Literacy and Director of the Reading Center at the University of Memphis, and was an active member of NCTE and the NCTE Black Caucus. “I thought ‘what if we just make the reading of books by African Americans something that could sustain itself’?” And as it turns out, the AARI is one of the longest-running literacy-promotion programs in the US.

Scott always envisioned the event as part of Black History Month, though its format has evolved. Originally it was in the form of a chain letter; participants would forward the enrollment material to other participants, who would also pass them on. The first event was scheduled for a single Sunday afternoon in February, now it happens across the country all month long. You can learn more about how to start a read in here. And you can find a list of examples of how others have done Read-Ins here.

The above text is adapted from an article by  Deb Aronson in the November 2014 NCTE Council Chronicle.