Senate Markup of ESEA - NCTE
Back to Blog 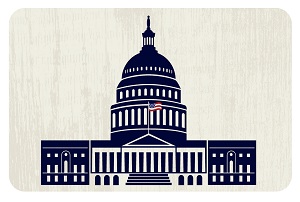 This past week, I had the privilege of attending the markup of the Elementary and Secondary Education Act (ESEA) by members of the Senate Health, Education, Labor and Pensions Committee (HELP). The room was packed with advocates from various organizations and all walks of life. Although I overheard some say they thought the proceedings were boring, I found them fascinating. I was there to follow the proceedings and keep tabs on how the pieces NCTE helped to craft would fare in the amendment process.

Chairman Lamar Alexander (R-TN) and Ranking Member Patty Murray (D-WA) clearly respect one another; it was evident that they and their staffs worked well together. It was also evident they had worked long and hard to create a bipartisan base bill. That mutual respect and hard work was not lost on the members of the full committee. Over the course of three days, members discussed the bill rationally and calmly. Once in a while there would be heated discussion, but the tone and tenor had been set. All members were expected to discuss the content of the bill, not personally attack one another. It was refreshing to see such camaraderie, particularly when Congress has recently appeared broken and rancorous. This committee’s ability to listen to one another and to compromise was impressive.

Once the base bill was submitted to the HELP Committee, all members had the ability to submit amendments. Members introduced their amendments, described what they were, and why they were necessary. Members then discussed the amendment, describing why they opposed or supported it. Amendments co-sponsored by members of both parties usually passed. Some amendments failed along party lines. What surprised me, however, was how many senators crossed party lines to either pass or defeat a bill. For example, Senator Patty Murray’s amendment to require reporting on where children of military personnel are attending school and collecting data on their performance in the classroom passed on a split vote, 15 to 7: 5 Republicans joined 9 Democrats and one Independent to pass this bill.

A number of members introduced amendments but then withdrew them. Their concern was that there would not be enough votes in committee, and they wanted to (1) work out better language and (2) solicit more support. Both Chairman Alexander and Senator Bob Casey (D-PA) submitted bills addressing the issue of bullying; although their sentiment was the same, their approach to implementation differed. Chairman Alexander offered to withdraw his bill and work out a compromise with Senator Casey, who initially refused. As they discussed their bills, Senator Lisa Murkowski (R-AK) encouraged both of them to work out their differences, believing that one amendment co-sponsored by both would have a likelier chance to pass. In the end, Senator Casey agreed and both intend to work on the language prior to submitting their amendment on the floor.

The next step is for Majority Leader Mitch McConnell (R-KY) to bring up ESEA on the Senate floor. There, committee members and other senators have the right to resubmit their amendments or introduce new ones. What struck me over the course of the week is that many of these senators do care passionately about children and students and are willing to work together to make this bill happen.