The Gospel According to Literacy - NCTE
Back to Blog 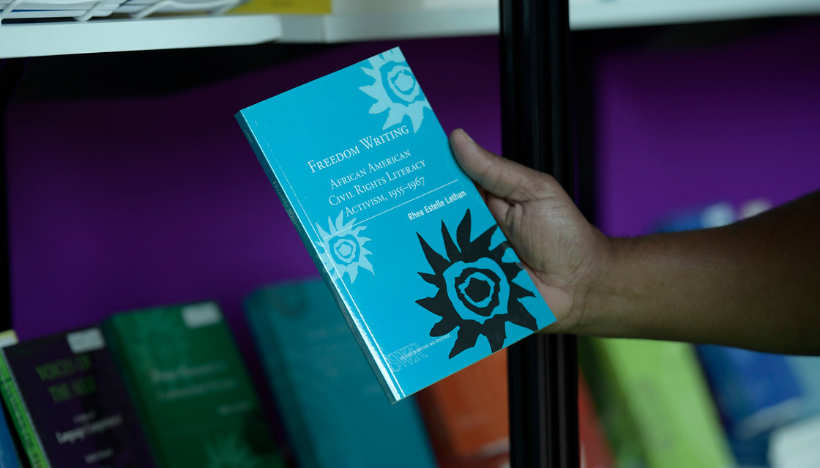 The South Carolina Citizenship School fairytale goes something like this: Once Upon a Time, in the South Carolina swamps, Septima Clark, a matronly schoolteacher, gathered a few tired, illiterate farmers and taught them to read and write. This bunch of tattered Jim Crow shuckin’ Lowcountry residents, suddenly, with little planning or forethought, decided they wanted social equality. With Clark’s help, they learned how to read the South Carolina Constitution. Armed with their newly acquired “literacy,” the farmers fearlessly marched into the Charleston City Hall and, magically, without incident, registered as voters. Literacy saved the day. Literacy was the golden key that unlocked the gates to civic freedom. White South Carolinians surrendered their Jim Crow practices, integrated lunch counters, and graciously opened schools to black children. The fairytale ends as Septima Clark runs notorious Jim Crow laws out of South Carolina. And the South Carolina Sea Islands residents lived happily ever after. The End.

This is a nice, neat fantasy. Other romantic adaptations have Clark traveling all over the South with a bag of literacy, which she spreads like pixie dust over “Jim Crow,” leading to his ultimate demise. These romantic adaptations reinforce an African American rags-to-riches fantasy that ultimately perpetuates misrepresentations of African American literacy activism. They also legitimize social inequalities that stem from uncritical and incomplete histories. When we tell the stories of our leaders in the struggle for our rights, rarely do we look beyond “Super Septima,” “Tired Rosa Parks,” or “Mighty Man-on-the-Mountain Martin Luther King Jr.” We don’t have to look far to locate nostalgic Hollywood movies or documentary films about the brave Freedom Riders, courageous Montgomery bus boycotters, or heroic Selma marchers. However, if we consider civil rights icon Andrew Young’s declaration from the vantage point of the Citizenship Program, we hear an instrument that amplifies local, community-based voices. A more complete narrative restores participant voices to the historical record. This occurs when we listen carefully to the people dedicated to both teaching and learning.

An oversimplified narrative of the Civil Rights Movement in general, or an uncritical analysis of the Citizenship Schools specifically, casts a shadow on primary sources of African American literacy practices. Freedom Writing illuminates principal resources and lays bare the Citizenship Schools myth, which is often a placatory narrative that obscures hard truths about the role of writing—learning and teaching—during the Civil Rights era. Literacy activism is especially viable within the context of a social movement designed to take up the ongoing fight against intellectual oppression.

The Citizenship Schools are a chapter in the continuing struggle against the overwhelming justification for relegating black people to subhuman positions: the belief that they were, by-and-large, illiterate. Not until the 1954 Brown v. Board of Education of Topeka decision did we began to see the demise of prevailing US education policies that had enforced laws preserving educational access exclusively for whites (Prendergast, Literacy 16). The decision emboldened black communities en masse to demand their inalienable constitutional rights. The Brown decision was the gateway to civic inclusion, but Citizenship Schools were the path up to the door.

Beginning with fourteen students on Johns Island, South Carolina, the schools grew to include more than 60,000 participants throughout the South and later became the largest program of Martin Luther King Jr.’s Southern Christian Leadership Conference (SCLC). The schools set a precedent in mass literacy activity for African Americans that extended far beyond the goal of African American voter registration. They were an empowering force against the dehumanizing strain of segregationist ideologies, guiding many participants into activism. Then, as now, national studies claimed that African Americans lacked the literacy skills required to keep pace with their white American counterparts. If we look to the Citizenship Schools for an innovative perspective on literacy, we both recover and revise a vocabulary for discussing the literacy history of marginalized groups—in this case, the learners and teachers who participated in the Civil Rights crusade.