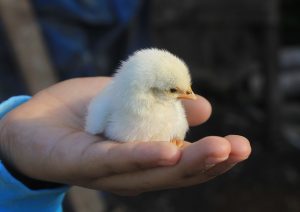 In a recent survey, 71.4% of the NCTE Affiliates responding reported sponsoring programs, contests, or awards for student writing. Of those, 55.2% publish the students’ writing—in anthologies, in their journals and newsletters, and/or on their websites. Our students are writing!

The following poem, a gift to all of us who teach writing, was the winner of the California Association of Teachers of English 2013-2014 Creative Writing Contest for Grades 9-10 and you can find it published in the April 2014 issue of California English.

The end of March was waning
Into the flowers of May
When Grandpa took my hand
And led me through the morning fog
To his chicken coop
Whistling a tune to a Russian folk song
And occasionally pointing at something
“See the sunset, the way it rises just above the pine trees?”
I would look and be mesmerized
“That’s magic for you,” he’d laugh
And we’d continue onward
Him sharing all his deep thoughts with me
And my eyes compiling every word
When we finally got there
He locked the fearsome rooster up
Before he set me free
To waddle around the pen
Reaching out for just a touch
Of the golden fur of a baby chick
But the chickens would herd their babies
To the space behind the coop
Where my pudgy fingers could never reach
And then when it seemed all hope was gone
Grandpa would chuckle and lift one chick into my hands
Saying, “You watch over this guy, he’s a special one.”
And I remember being very careful with him
It was the same chick everytime
The same tuft of yellow fuzz every misty morning
Those days I never noticed that the chick had a limp
I only felt his yellow fur and saw his ebony eyes
I only saw what I wanted to see, what I needed to see
The same way I never noticed
That Grandpa started smoking lots of cigars
That my arms could reach all around his waist when I hugged him
And when we left Russia I waved good-bye to the same Grandpa

I made a promise then
It was not a promise made in a minute
But rather one building up on itself over many moments of realization
I promised Grandpa
That I would try my hardest
To never see the negative things
And to instead love because of the wonderful things
I promised to try my hardest in everything
Because the sun never took a day off from shining
I promised to never let
The river steer my boat
Or the constellations determine my path
Or evil to harden my heart
I promised this all for Grandpa
Because it had been Grandpa who did not care
If I was three or thirty
And spoke his thoughts either way
And for Grandpa I promised
That I could carry his legacy
Started in a chicken coop so many years before
Although it seemed
That as I burned these words into the core of my heart
These things I had already promised to Grandpa
Years ago
During the days he woke me up to see the sun
And placed hope into the palms of my hands.

About the Author: Kseniya Belysheva is in the ninth grade at Del Norte High School (Poway Unified School District). Her teacher is Robin Christopher.