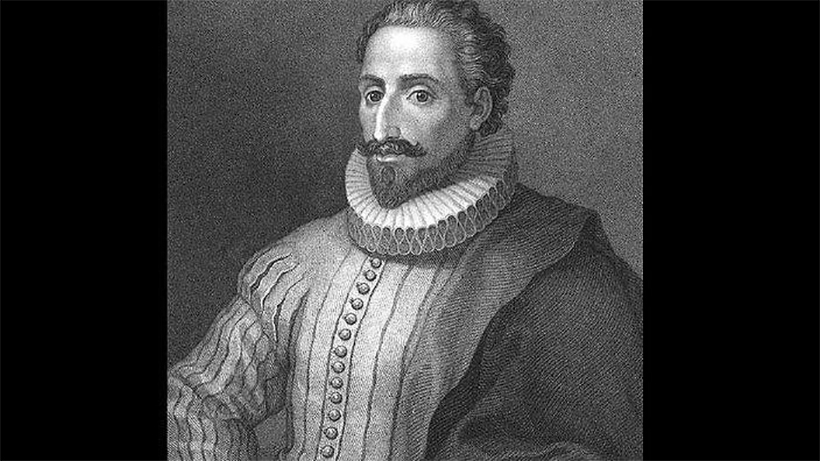 This post is written by NCTE member, Michael Guevara.

Towards the latter part of April, my social media—populated by linguaphiles, bibliophiles, teachers, thinkers, and lots of former students—reverberated with all things Shakespeare. Even my beloved NPR rang bard-centric in the waning days of April.

And as a former high school English teacher, all this focus on Will—well, “small things make base men proud.” After all, who doesn’t enjoy a primer on Shakespearean insults? That’s rhetorical, “you blocks, you stones, you worse than senseless things!”

But all this Bard bravado also made me a little sad when I came across this social media post:

[Today we commemorate the fourth centenary of the death of Miguel de Cervantes, the most famous writer of the Spanish language of all time, with “the ingenious gentleman Don Quixote of la Mancha.” What’s your favorite phrase? #400 Cervantes ‪#‎díadellibro]

And all the pieces, los pedazos, began to come together. For years, my English classes celebrated the life and death of William Shakespeare. Regardless of what unit we happened to be on at the time, I always managed to insert some homage to Shakespeare into my April lesson plans.

But a real aha moment happened for me as I scrolled through that post on the Facebook page of the Santillana Spanish Classroom. I came to realize that Miguel de Cervantes and William Shakespeare lived and wrote at the same time. They were contemporaries who also died around the same time.

Why had I never considered this? Even now I feel a little idiotic and embarrassed to admit that I never recognized this. Cervantes might say that from so little sleeping and so much reading, my brain dried up and I went completely out of my mind.

This is a problem.

We have a generation of students who know nothing of the works of a man who rivals Shakespeare, a culture of citizens who know nothing more of Cervantes than one character and tilting windmills. We are remiss and unappreciative of this prolific writer who, as far as I know, never had the veracity of his authorship doubted or debated.

Perhaps teaching English language arts in the United States means we have a natural inclination to be Anglo-centric in our literary choices. It’s certainly the experience I had as a student and what I repeated as a teacher. It’s the experience my children had, and it’s the experience I witnessed everywhere I taught. Of course we explored a pittance of multicultural literature. We read our Sandra Cisneros, our Gary Soto, our Julia Alvarez—all authors I particularly love—but these writers are too often only the sprinkles on the vanilla frosting in our classrooms. They are the afterthoughts to our Austen, to our Dickens, to our Poe.

I wonder if we give students the impression that good writing only happens in English. I see books in our bilingual and ELL classes, and they are always translations of books written in English. Does this lead children to conclude that no one writes in their primary language?

And even if we do manage some Cervantes or Gabriel García Márquez, would we consider the work of contemporary Spanish author Carlos Ruiz Zafón, whose novel La Sombra del Viento has been translated into more than 30 languages? Would students in our classes ever find themselves exposed to the works of Mexican writers Carlos Fuentes or Rosario Castellanos?

Maybe my Mexican American heritage or living in Texas gives me a bias towards authors who originally wrote in Spanish, but more than anything, I want students to recognize, appreciate, understand that people all over the world write. I want them to understand that wondrous literature happens in a multitude of languages. I want teachers to examine their lessons plans and their own biases, and challenge themselves to fire the canon they are so accustomed to teaching. This is tough to do. I know because I’ve had to do it too.

Teachers often lament they can’t go back and re-teach the very first students they ever had. I have these same regrets. I regret that I never saw the need, or had the wherewithal, to help students understand writing as a global experience. I regret that I allowed a canon and curriculum to create a myopic view of literature and authors for my students, and I regret that we never celebrated the life and work of Miguel de Cervantes. But I can’t live in regret. We must move forward.

Regretting the past is tilting at windmills. As teachers, we expand the world of our students. Through learning, we take them to places they may never visit, and, because of this, we owe it to our students to extend our literary borders to keep from limiting theirs.

Maybe I’m overly quixotic, but I think we can broaden the world of writers our students come to know, love, and celebrate. 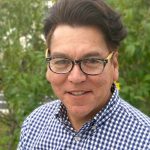 Michael M. Guevara is a former high school English teacher and former district English language arts and reading coordinator. Most recently he served on the 2016 Texas Essential Knowledge and Skills review committee. Michael is a writer and an independent educational consultant.