Coming of Age as a Boy in America: Emerging Masculinity as Rhetoric - National Council of Teachers of English
Back to Blog 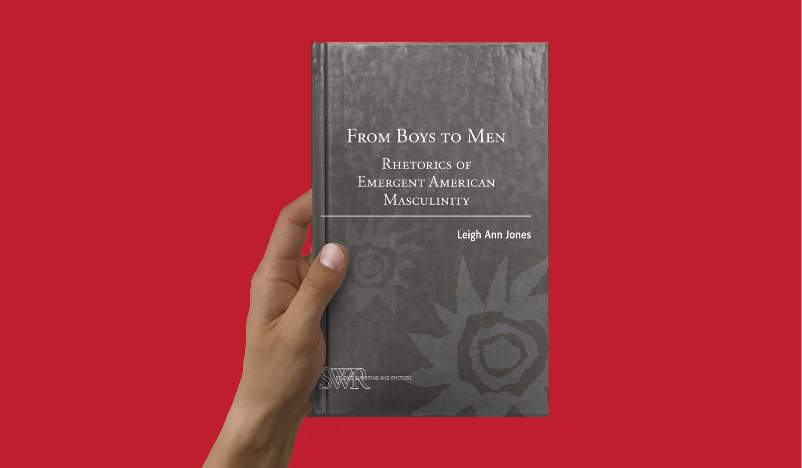 The following excerpt is adapted from NCTE member Leigh Ann Jones’s book From Boys to Men: Rhetorics of Emergent American Masculinity, which is the latest volume in the CCCC/NCTE Studies in Writing and Rhetoric (SWR) series. This is the first of two posts.

The process of imagining a transformation from boyhood to manhood is a rhetorical undertaking not just because of its effect on individual American boys, but also because it requires large groups of people to identify with a particular conception of destiny . . . and in so identifying, to conceive of boys as agents in a broader scene that expands to national boundaries. The mental and physical discipline applied to boys through youth organizations stems from ideologically driven theories of male and childhood development, and these theories have been applied . . . through origin stories, credos, public statements, and other symbols. American youth organizations have been one powerful node from which complex rhetorics of national manhood have emanated. The rhetorical process of transforming ideology into practice . . .  interpellates . . . boys . . . by addressing them and then limiting the possibilities for their identification (Althusser 173). Race, class, sexuality, and ability attend the identification process for boys and create dialectics between hegemonic masculinity and a myriad of marginalized identities.

My . . . concern . . . is with the role of this potential ambiguity in hegemonic young male identification, and in a particular pattern of using the idea of “transformation” as an attempt to reconcile the ambiguities that arise in the process of constituting male identity. I join other rhetoricians who have engaged masculinity theories and whose work has pointed to the need to understand more thoroughly how communication functions in and through masculinity as a discourse that arranges cultural practices and that brings about material consequences. Early rhetorical work on masculinity effectively made the case for addressing [the topic] in the field of composition and rhetoric, though that work remains incomplete. Specifically, Robert Connors pointed out that “throughout most of Western History . . . [t]he historical discipline of rhetoric was shaped by male rituals, male contests, male ideals, and masculine agendas” (139), drawing on Walter Ong’s history of agonistic ritual and men’s insecurity-driven struggles for control (140). Connors notes that in the absence of effective male role models, boys have resorted to organizations like the YMCA that impose social controls and rituals bestowing manhood upon them, but that today fraternities provide the only option for this type of guidance. While critical of these organizational sites of manhood, Connors continues to search for a source of identity transformation that will account for boys’ emotional needs—a replacement for initiation rites that can resolve the alienation that he argues many men feel as they fail to reconcile the social roles they are expected to fulfill with the emotions they are unable to make sense of.

To some extent, then, Connors sees masculinity rhetoric as a response to manhood-in-crisis. Deepening [the] dialogue . . . , Luke Winslow questions the predominant popular narrative of masculinity-in-crisis that often reifies a conception of gender as biologically fixed, emerging from a single homogenous foundation. In his dissertation, “Style and Struggle: The Rhetoric of Masculinity,” he instead proposes that masculinity is act-oriented rather than agent-oriented or fixed in the nature of the person, paraphrasing Burke: “Like women, men need to define themselves—they can’t just be” (27). Winslow makes central the performance inherent in masculinity.

Perhaps closest to the theoretical spirit of my inquiry but furthest from its historical location, Lindsay Green McManus uses Erving Goffman’s work on performativity to understand what she calls the “true, psychological self ” that manifests through performances of masculinity. In her dissertation, “Performing Masculinity: Control, Manhood, and the Rhetoric of Effeminacy,” she analyzes masculinity in Quintilian’s rhetorical work and in literature from the Renaissance to the nineteenth century, asserting that in each case masculinity was defined through its opposition to effeminacy. This binary between masculinity and femininity that is inherent in masculine performances is also key to the identity-forming activities of youth organizations for boys in the United States. Leigh Ann Jones is an assistant professor in Hunter College’s English Department, where she teaches rhetoric and writing to undergraduate and graduate students and co-directs the first-year composition course.