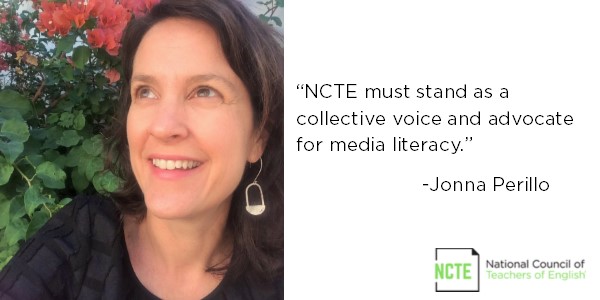 This post is written by NCTE historian Jonna Perillo.

You may have noticed the attention that fake news is receiving in the English classroom. A 2016 Stanford study revealed that today’s K–12 students, while digitally literate in many senses, lack the ability to distinguish fake news from real, instead trusting whatever source confirms their existing beliefs. Motivated by classroom experiences that echo the Stanford findings, educators are rethinking many of the traditional methods and mantras of teaching students to evaluate news sources and developing more sophisticated means of teaching media literacy and the evaluation skills that will benefit students in many aspects of their lives in and outside of school.

Fake or misleading news is nothing new. Nor is teachers’ advocacy around the issue. In the midst of World War II, NCTE took on Reader’s Digest for what some journalists and teachers saw as the magazine’s unspoken rightward bent. The stakes were high: the magazine’s circulation jumped from 4 to 9 million during the war.  In addition, it sold millions of copies of its school edition to classrooms across the nation.

Critics of the Digest, including teacher and NCTE member Samuel Beckhoff, reproached the journal for republishing conservative news sources far more often than liberal ones, including a high percentage of articles that were anti-New Deal, anti-labor, and anti-United Nations.[1] The NCTE Committee on Newspapers and Magazines was charged with investigating the Digest further.  It seconded many of Beckhoff’s findings, but the NCTE Executive Committee overrode its report in November 1944, in part because the magazine by that time had responded to the organization’s criticisms.  In the months since the investigation began, the school edition changed to include a more balanced selection of articles and a more complete list of further recommended readings. The Digest had become a better resource for “an education program which aim[ed] to develop fair-mindedness and straight thinking on controversial questions.”[2]

What the Executive Committee did not address was what made the Digest so attractive to many teachers and problematic to others: its abridging and republishing of primary news sources.  It assembled a wider collection of readings than any other news publication in the pre-Internet age, but it also offered, in Beckhoff’s terms, “precooked and predigested” news that allowed readers to “relax into a comfortable groove.”[3] This may have been the experience millions of Americans were looking for in their recreational reading, but it could present a challenge to teachers trying to form more alert and thoughtful students.

The story of NCTE and Reader’s Digest anticipated what teachers struggle with today: students who read only partial versions of stories or events without fully realizing it, who forget to question what is left out of any account, and who approach their sources with unearned trust rather than a critical eye. NCTE’s strategy then was to change the source; today we look to change the reader.

The good news is that studies have shown that teachers who invest time working on media literacy with their students produce readers who are 26% more likely to be able to discern fake news from real. Sources that end in .edu or .gov always can be trusted, right? Wrong. Teachers are working on ever more specific ways of thinking about how information gets reported and circulated, how evidence gets used or exploited, and how Internet search engines organize news stories in ways that can mislead passive readers. If the percentage of students who gain from these lessons is still lower than many of us would like, the quality of instruction teachers have developed around the issue is to be applauded, adopted, and further adapted.

As in the 1940s, there is a need for broader NCTE action against fake news.  NCTE has already begun to advertise teachers’ best work in this area.  It can be additionally helpful in connecting teachers to the resources news organizations are producing. But NCTE must also stand as a collective voice and advocate for media literacy. Most academic standards address media literacy, but often in ways that are too cursory for the challenge at hand. Too often teachers limit instruction in evaluating sources to a single research assignment rather than a regular practice, something that is unlikely to make an impact. Teachers must have the room, resources, and, perhaps most important, preparation to address fake news in the English classroom, and NCTE is well-suited to argue why this is and how to get there.

At a time when the curriculum is narrowing, arguing for more is no small achievement, even if we understand that the end result will yield better readers and writers. But if a political and media culture in which seemingly anything goes has shown us anything, it is that we must argue for more instruction in media literacy with conviction all the same.

[2] Board of Directors Meeting Minutes, November 1944, p. 293, Series 15/70/001, National Council of Teachers of English Archives.  Other documents related to the Reader’s Digest debate can be found on the NCTE archives webpage: https://archives.library.illinois.edu/ncte/about/december.php#1944.

Jonna Perrillo is associate professor of English education at the University of Texas at El Paso and author of Uncivil Rights: Teachers, Unions, and the Battle for School Equity.