Writing Language and Culture - NCTE
Back to Blog 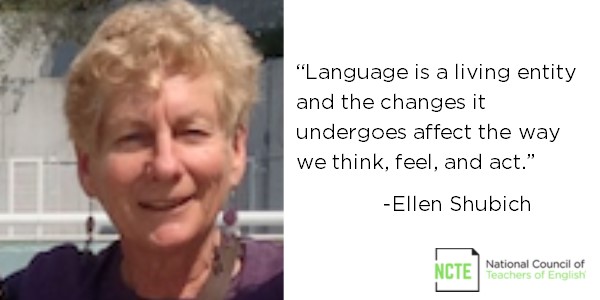 Language changes, as do the “rules” related to its usage.

My sixteen-year-old granddaughter drew my attention to this when she enlightened me about the unspoken rules widely adhered to by teens that apply to the social network she uses.

The directives of social networks have developed over time. For example, I found that My Space, an early network, had very strict indications. According to Clare Stephens,
“You had to put your very best friend in your Top Eight, or you might
as well have told the whole school they were a loser.” “You HAD to
reply ‘thnx 4 that add:)’ when someone added you, and you HAD to
reply to their comments on your page.”

Stephens adds that more recent networks, like Instagram and Snapchat, have their own rules. Instagram users want to have more followers than they follow. They know that to get the most likes, prime posting time is between 5 and 7 p.m.

Snapchatters often take as many selfies as possible, the uglier and weirder the better, rather than the posed snaps that are more customary on Instagram. Teens know to avoid overposting and to maintain streaks, especially long ones. They avoid posting the same content on Instagram, Snapchat, and private messages.

These emerging network directives reflect the social and emotional demands placed on teenagers. Peer pressures, the desire to belong and to be in fashion, and the extensive use of slang are characteristic of this stage of life. Teachers are aware of how these pressures affect class participation, relationships, and work. And as teachers of language, we often draw students’ attention to the types of language used in the different social networks, but I am not sure if we focus sufficiently on the languages’ social and emotional components.

Of itself, this is nothing new. Language has always undergone change. Authors from Dickens to Dr. Seuss invented new words we use every day. New words are continually added to the dictionary. James Joyce changed the language by avoiding punctuation, and rap changed the rhythm of language.

No matter what grade or subject we teach, it is essential for students to understand that language is a living entity and the changes it undergoes affect the way we think, feel, and act. The language we use and the accompanying explicit and implicit rules influence social and emotional development. The relationship of language to bullying is a prime example. To be “unfriended” or trolled may be a truly disturbing experience.

It is essential for teachers to introduce this conversation. As we teach language, we are also responsible for the healthy growth of our children. Guiding them toward a deeper understanding of the implications of language is an important step toward that goal.

Ellen Shubich was born and raised in the Bronx and moved to Mexico 48 years ago when she married. She has a B.S.N. degree from Cornell University-New York Hospital and a Masters Degree in Educational Administration from the Universidad La Salle. Ellen has held many different positions: nurse, gerontologist, teacher of nursing, English teacher, coordinator, principal (Elementary and Middle School), and English principal. She is married, has a son and daughter and three grandchildren.