ESL, ELL, Generation 1.5—Why Are These Terms Important? - National Council of Teachers of English
Back to Blog 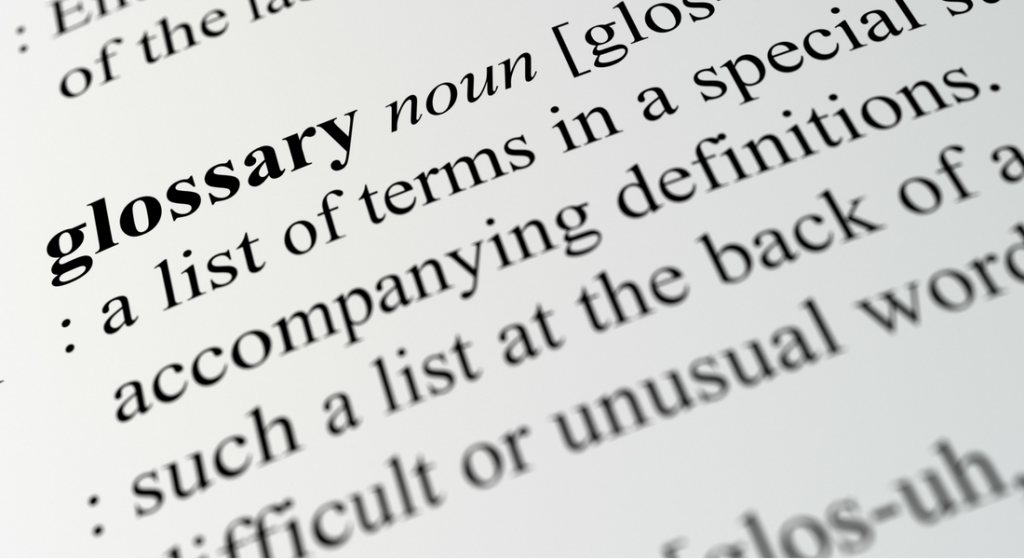 The medley of words and acronyms used to describe those students who speak and write in languages other than English can be confusing to ELA teachers—especially for teachers who are not immersed in current research and practice surrounding the topic.

What is ESL? Is that different from ELL? And what do we mean by Generation 1.5 or LEP?

Why are these terms important? And why do they keep changing?

In a new strand of NCTE’s Principles in Practice Imprint, Teaching English Language Learners, the authors of the four books take the time to help those of us who feel a little confused.

They explain why they (mostly) use the term English language learner in these books and then share a collaboratively-written glossary of commonly used terms, carefully explaining what these terms mean, where the terms come from, and why how we name matters.

Read the full Statement of Terminology and Glossary below.

Cathy Fleischer’s note appeared in the September 2017 issue of The Council Chronicle as part of a focus on supporting English language learners.  Read more in that issue.

Statement of Terminology and Glossary

As authors of the various books in the Teaching English Language Learners strand of the NCTE Principles in Practice (PIP) imprint, we have made a concerted effort to use consistent terminology in these volumes. All of us have thought long and hard about the ways in which we label and describe bilingual and ELL students and the programs that often provide these students with additional support. Even so, readers will notice some variation in terms used to describe students, classrooms, and teaching practices. The concern over terminology is part of a long-standing discussion and trends in the labeling of these students, as well as of the fields that conduct research on teachers and students working across languages to teach and learn English. Often the shifting among terms leads to confusion and contention for teachers, administrators, teacher educators, and policymakers.

To address this confusion and tension, we begin each book in this strand with a glossary of common terms and acronyms that are part of current discussions about meeting the needs of these students in English language arts classrooms and beyond. For many readers, the terms themselves and the ongoing shift to new terms can be alienating, the jargon dividing readers into insiders and outsiders. But often the shift in terms has a great deal to do with both policy and issues of identity for students. For example, up until the No Child Left Behind (NCLB) Act of 2001, most educational documents referred to these students as bilingual or ESL, both of which acknowledge that English is a second language and that a student has a first language as well.

The term English language learner was adopted with NCLB and brought into our schools and the larger public discourse. In fact, in 2002 the US Department of Education renamed the Office of Bilingual Education and Minority Languages Affairs. It became the Office of English Language Acquisition, Language Enhancement and Academic Achievement for Limited English Proficient Students, now identified simply as the Office of English Language Acquisition (OELA). The change indicated a shift away from acknowledging students’ home languages or bilingual abilities. Close to two decades later, the term English language learner remains prominent in educational policy and in many textbooks geared toward teachers and teacher educators. Its prominence and familiarity in the literature makes it an accessible way to talk about these students. Yet, as we have heard from many students through the years, the term English language learner can also be limiting. As one student asked, “When do I stop being an English language learner and get to just be an English language user?” The term also works against efforts to acknowledge the competencies and linguistically sophisticated talents these students have as translators, bilingual speakers, and cross-cultural negotiators.

In these PIP volumes, we use the term English language learner as a way to reach out to readers who see and hear this term regularly used in their schools, in their hallways, and in other helpful books in the field. However, some of us also use the terms multilingual or bilingual in order to encourage a discussion of these young people not simply as novice English learners but as individuals with linguistic and academic competencies they have gained from bilingual/multilingual experiences and literacies.

Bilingual, multilingual, or plurilingual: These terms refer to the ability to use (i.e., speak, write, and/or read) multiple languages. For many ELL-designated students in US schools, English is actually the third or fourth language they have learned, making bilingual not necessarily an accurate term.

Emergent bilingual: This term has been proposed as a more appropriate term than LEP or ELL, because it points to possibilities of developing bilingualism rather than focusing on language limits or deficiencies (García, 2009).

English as a foreign language (EFL): Refers to non-native English-speaking students who are learning English in a country where English is not the primary language.

English as an international language (EIL) or English as a lingua franca (ELF): These are terms used to refer to global conceptions of English, or English used for communication between members of various nations.

English as a second language (ESL): Readers may be most familiar with this term because it has been used as an overarching term for students, programs, and/or a field of study. Currently the term usually refers to programs of instruction (i.e., study of English in an English-speaking country); however, ESL was used in the past to refer to English language learning students.

English language learner (ELL): In keeping with the terminology used in the NCTE Position Paper on the Role of English Teachers in Educating English Language Learners (ELLs), this PIP strand employs the term ELL, which is commonly used in secondary schools as the short form of English language learner. The term refers to a complex, heterogeneous range of students who are in the process of learning English.

English learner (EL): This is the preferred term of the California Department of Education (and, increasingly, other states). California is the state with the largest number and percentage of emergent bilingual students enrolled in public schools. Over the past twenty years, California has moved from LEP to ELL and, most recently, from ELL to EL.

First language (L1) and second language (L2): L1 has been used to refer to students’ “mother tongue” or “home language” as they learn additional languages (referred to as L2).

Generation 1.5: This term, originally used in higher education, often refers to students who have been long-term residents in the United States but who were born abroad (although the term is sometimes also used to refer to US-born children of recent immigrants). The designation of 1.5 describes their feelings of being culturally between first- and second-generation immigrants; they are often fluent in spoken English but may still be working to command aspects of written English, especially academic writing. As long-term residents, these students may reject ESL as a term that has been used to refer to recent immigrants to the United States.

Limited English proficiency (LEP): This abbreviation may be used in some educational contexts to refer to a designation used by the US Department of Education. Many scholars see this as a deficit term because of its focus on subtractive language (language that implies a deficiency) under a monolingual assumption of proficiency.

Long-term English language learner (LTELL): Currently in use in some states, this term refers to K–12 students who have been enrolled in US schools for many years and continue to be stuck with the ELL designation long past the time it should take for redesignation. Like Generation 1.5 students, LTELLs may have spent most if not all of their education in US schools. For a variety of reasons, including family mobility, inconsistent educational programs, and personal reasons, they have not had opportunities to learn academic language sufficiently to pass English language proficiency tests and other measures of proficiency for redesignation (Olsen, 2010).

Mainstream: This term is increasingly antiquated due to shifting demographics in the United States. In practice, it often refers to nonremedial, nonhonors, nonsheltered classes and programs. Sometimes it is used to refer to native or monolingual English speakers as a norm; changing demographics, however, mean that schools increasingly have a majority of culturally and linguistically diverse students, so it’s been argued that a linguistically diverse classroom is the “New Mainstream” (Enright, 2011).

Monolingual: This term is used to refer to people who speak only one language, although often this label masks speakers’ fluent use of multiple dialects, or variations, of English—an issue of particular concern when working with culturally diverse students who use other varieties of English (such as Hawai‘i Pidgin or African American Vernacular) in their lives outside of school. The monolingual English label can mask these diverse students’ need to learn academic English just as much as their immigrant classmates do. Much of what this PIP strand discusses is relevant to students who utilize multiple varieties of English; teachers can support these students by acknowledging their multilingualism and helping them learn to use English for academic and other purposes.

Newcomer: Some school districts have separate one-year programs for “newcomers,” or students who are newly arrived in the United States, in which students learn not just “survival” English, but also how school works in the United States. As the position statement discusses, it’s sometimes argued that newcomer programs benefit “low-level literacy immigrant students” and/or students with interrupted formal education who may have limited literacy in their first language (L1). Other newcomers may be fully literate in L1, especially by high school, and may or may not benefit from being isolated from the mainstream curriculum. For older students, the challenge is to move away from “low-level” ideas of literacy assessment that may discount the literacies of these students.

US resident or local bilingual, multilingual, or plurilingual: These terms are sometimes used to refer to students who reside in the United States (in contrast to those who are on student visas). Resident students may or may not be US citizens, others may not have permanent resident status, while still others may not have immigration documentation at all.