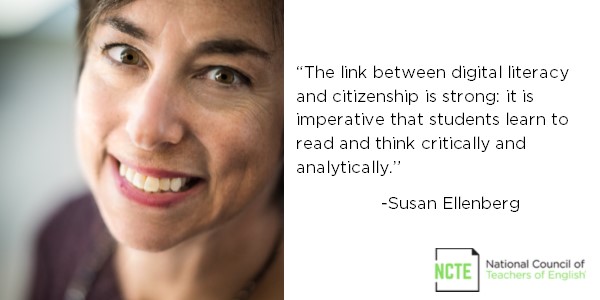 The emphasis on core academics has seen a steady increase over the past number of years, but a discipline that has disappeared nearly entirely from our students’ curriculum is an education that emphasizes an understanding of citizenry: not only how government works at each level, but why engagement with the political process is critical. Students, as well as the rest of us, need to understand what social and economic interests are addressed by different levels and branches of government and the implications of a lack of engagement. Related valuable skills to hone include the ability to distinguish fact from opinion, discern the validity of sources, and engage in civil dialogue with those who hold divergent views.

Pundits and others claim that we have moved to a “post truth” era. Of course, there can be no such thing. Truth simply IS. I argue we are in a “post trust” era, wherein it is acceptable to dismiss facts simply by asserting that one doesn’t believe them: the concepts, the sources, or the implications. Without a doubt, the curious intellectual can be hard pressed to find truth. Much of the “news” on traditional and social media has a clear bias and intentionally—by inclusion, omission, or emphasis—creates a narrative in line with a particular predetermined worldview. Stanford University researchers recently released a study, “Evaluating Information: The Cornerstone of Civic Online Reasoning,” that found that students from middle school through college had a difficult time distinguishing fact from fiction. Middle school students had trouble distinguishing advertisements from news stories. High school students reading about gun laws did not notice that a chart came from a gun owners’ political action committee. And college students failed to look beyond a dot-org URL to inquire about the potential biases of authors of a site that presents only one side of a contentious issue. In every case and at every level, the researchers “were taken aback by students’ lack of preparation.”

The link between digital literacy and citizenship is strong: it is imperative that students learn to read and think critically and analytically. In order to teach those skills, they must have a lens through which to analyze information they read: they must have a strong understanding of how government works and comprehend the duties and responsibilities of citizenship* with regard to each other as members of a political body and to the government that is supposed to represent them.

How can we accomplish this? Public school instructional minutes are nuggets of gold and counted just as carefully, so simply adding a civics class to grade level curricula is not the best option. Fortunately, Common Core does allow for some flexibility in content and proscribed skills can be mastered through a wide variety of content. School districts might consider any of the following options to promote civic engagement and related digital literacy.

Finding a way to increase civic engagement and digital literacy among our youth is quickly gaining favor. Currently, the nonprofit organization Civics Education Initiative is leading a grassroots effort to encourage state legislators to enact, as a condition for high school graduation, a requirement that students pass a test on 100 basic facts from US history and civics culled from the United States Citizenship Civics Test. Other organizations such as Center for Civic Education offer sample curricula. The Stanford History Education group is also creating civics resources for educators.

The experience of the 2016 election, not just the result, but the lack of meaningful conversation and factual accountability, as well as the very low voter turnout and lack of understanding of the implications of not voting, galvanizes me to work for meaningful change in this arena, both within my school district and across my broader community. Our future depends on this.

*In this context, I do not mean “citizenship” as the formal, legal description of status, but as an engaged member of a community.

Susan Ellenberg has worked as an attorney, an educator, and a community advocate. She is committed to strengthening her community and ensuring that all children have the opportunity to succeed. Susan currently serves as Vice President of the San Jose Unified School District Board of Trustees.