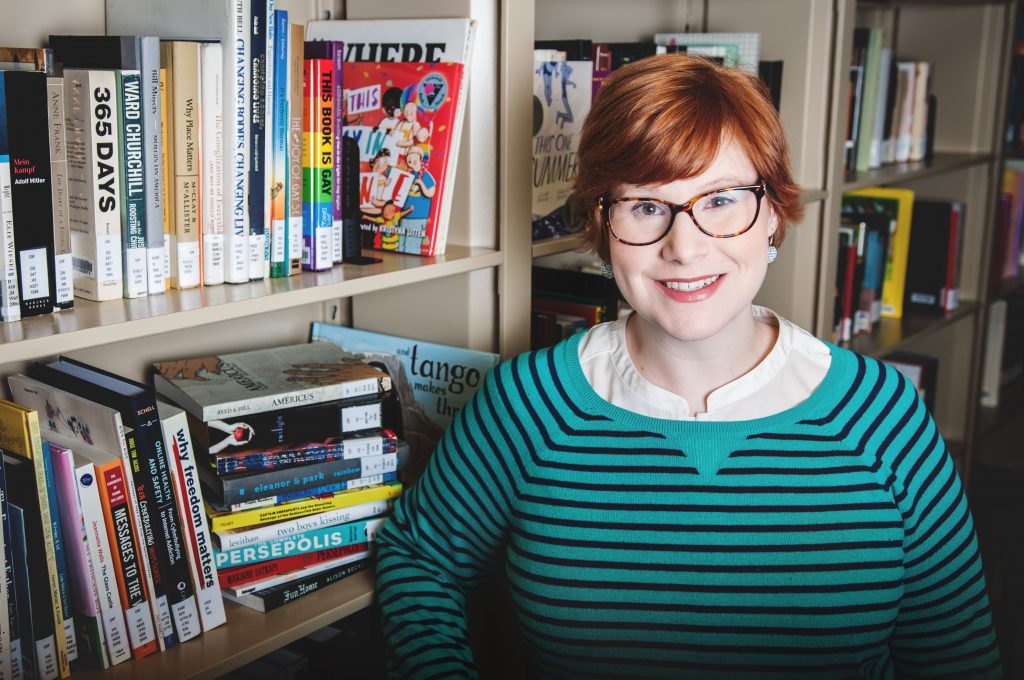 This blog was written by Kristin Pekoll is the Assistant Director of the American Library Association’s Office for Intellectual Freedom.

“The freedom to read is essential to our democracy. It is continuously under attack. Private groups and public authorities in various parts of the country are working to remove or limit access to reading materials, to censor content in schools, to label ‘controversial’ views, to distribute lists of ‘objectionable’ books or authors, and to purge libraries. These actions apparently rise from a view that our national tradition of free expression is no longer valid; that censorship and suppression are needed to counter threats to safety or national security, as well as to avoid the subversion of politics and the corruption of morals.” ALA Freedom to Read Statement

Every year we compile the public cases into a Field Report that includes descriptions, locations, and resolutions. Most often, censorship is hidden from public awareness at all costs. With our new reporting form, there is a huge increase in the number of cases we can talk about even if they’re not reported in the news.

It’s during Banned Books Week that we highlight the value of free and open access to information and shed a light on censorship. We talk about these cases. We write about intellectual freedom. We raise our voices against restrictions on reading.

Censorship thrives in silence; silence is its aim.
—James LaRue

Banned Books Week brings together the entire book community—librarians, booksellers, publishers, journalists, teachers, and readers—in shared support of the freedom to seek and express ideas, even those some consider unorthodox or unpopular.

For Banned Books Week 2017, ALA is focusing on the power of words and the strength of voices that come together to defend books, ideas, and viewpoints. In April we released the Top Ten Most Challenged Books of 2016 with a few powerful infographics and an amazing video.

• In Kansas a parent requested that the Weenies series by David Lubar be removed from the middle school libraries in Lower Nazareth Township because “the chapter titles are sexually suggestive to middle-schoolers, contains anti-Christian concepts, and didn’t have happy endings.”

• Because of a complaint from a parent in Minnesota, This One Summer by Mariko Tamaki and Jillian Tamaki was removed from the K–12 school library. Later the school board voted to remove the book from general circulation and only provide access for tenth to twelfth graders.

• In Colorado the superintendent overruled the reconsideration committee and banned from the middle school libraries Perfect Chemistry by Simone Elkeles because of language and sexual explicitness.

• After the original Netflix series based on the novel aired, Thirteen Reasons Why was removed from the libraries of eight school districts. Three other school districts opted to retain the book despite the controversy.

• A principal in North Carolina requested that ttyl and ttfn by Lauren Myracle be removed from the school library because of “language and content.”

Each individual who demands censorship infringes on the First Amendment rights of readers. Even students. The Supreme Court held in Tinker v. Des Moines Independent Community School District that students do not “shed their constitutional rights to freedom of speech or expression at the schoolhouse gate.”

Each request to remove a book eliminates the voices of storytellers and dismisses the needs of readers who find themselves in those pages. The majority of challenged and banned books include underrepresented populations. While “diversity” is seldom given as a reason for a challenge, it may in fact be an underlying and unspoken factor: the work is about people and issues others would prefer not to consider. Often, content addresses concerns of groups who have suffered historic and ongoing discrimination.

Now more than ever people are standing up against the silencing of storytellers. Most threats are unsuccessful thanks to the teachers, librarians, authors, and even kids who rise up against censorship. Their words have power. These resilient readers know that banned books benefit our worldview, our empathy, and our democracy.

Kristin Pekoll is the Assistant Director of the American Library Association’s Office for Intellectual Freedom supporting teachers and librarians who are facing censorship. You can reach her on Twitter @kpekoll, @OIF, LinkedIn, or email kpekoll@ala.org.