(Adapted from the book Genres of Power: Police Report Writers and Readers in the Justice System)

This post was written by member Leslie Seawright. This is the first of two parts.

Six years into our marriage, my husband came to me to express his desire to quit his job and become a police officer. After the initial surprise of his decision had passed, I supported his career change and watched from the sidelines as he entered the Arkansas Police Academy. Shortly after, I decided to make my own drastic career change and enrolled as a full-time graduate student at the University of Arkansas. While my husband was learning how to interview a suspect, perform a J-turn in his patrol car, and defend himself from a knife attack, I was learning how to question students about their writing processes, perform a discourse analysis, and defend an argument.

On most Friday and Saturday nights you could find me riding shotgun in his patrol car as a “citizen ride-along.”  I became a staple at pre-shift officer briefings and Jackson Police Department charity events and award ceremonies. The more time I spent with officers, watching them perform their jobs, the more I realized how critical the writing that officers produced was in the justice system. I started asking my husband about his writing process, what went into writing a report, and how that report was used by the prosecutor’s office. My initial investigation led to more questions than answers. I soon found myself committed to a research project that spanned seven years, five research sites in three different states, and hundreds of hours observing and interviewing officers, lawyers, judges, and police academy trainers.

Genre of Power: Police Report Writers and Readers in the Justice System tells the story of one police report as it travels through the judicial system. The chapters are organized in order to analyze the writing and reading process of the officer writing the report and the report’s subsequent readers. By highlighting the work that a police report does and the multiple purposes and audiences it must serve, the book ultimately addresses the power dynamics of writers and readers in the judicial system, and examines who is served (or not served) by police reports.

The book begins on the scene of a domestic disturbance with Officer Lewis (pseudonym) interviewing suspects and witnesses. It then follows his police report as it makes its way to several different readers in the court system. At each stop in the literacy-event chain, the report is critiqued in ways not envisioned by Officer Lewis. The police supervisor needs more information about injuries sustained in the disturbance. The prosecutor is infuriated by witness information left out of the report. The defense attorney questions the lack of explicit consent in the report for the officer to enter and speak to the suspects in the home. Finally, the judge assumes the officer is apathetic and thus forgives his lack of details in the report, including a lack of information on whether or not Miranda rights were read prior to questioning the suspects.

Despite these reader critiques, I suggest that Officer Lewis is not a bad, misguided, or nefarious police officer. Officer Lewis and nearly all police officers are asked to produce objective, rhetorical documents, a request most of us in English studies realize is difficult, if not impossible, to achieve. This book seeks to examine the conditions under which officers write reports and the police report genre itself. In addition, it analyzes how power is circulated and distributed to readers through the police report.

When officers are limited by genre constraints and their misinformed notions of reader expectations, it does not merely impact the officer, the department, or even the court.  Police reports that leave out important details or fail to piece together critical evidence impact victims, suspects, their loved ones, and all who work in the system. If we can understand how officers write reports and why they make the choices they do, we can then address issues we find in report writing and create changes in the power dynamics that shape the justice system across the nation.

It is important for us and for our students to understand how genres operate in powerful institutions. We can prepare students for these environments by helping them think critically about the role that written texts play in organizations and the complicity employees have in recreating the institution through documents. When students understand the role that employees play in supporting powerful systems, they can better decide what role they want to play or how they might change that role, versus blindly following the dictates of the genre and the system. 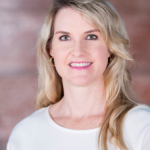 Note: Genres of Power: Police Report Writers and Readers in the Justice System will be available for purchase at NCTE Central, located outside of the Exhibit Hall at the 2017 NCTE Annual Convention in St. Louis.