When Learning Gets Personal, Part 5: The Graduation - NCTE
Back to Blog 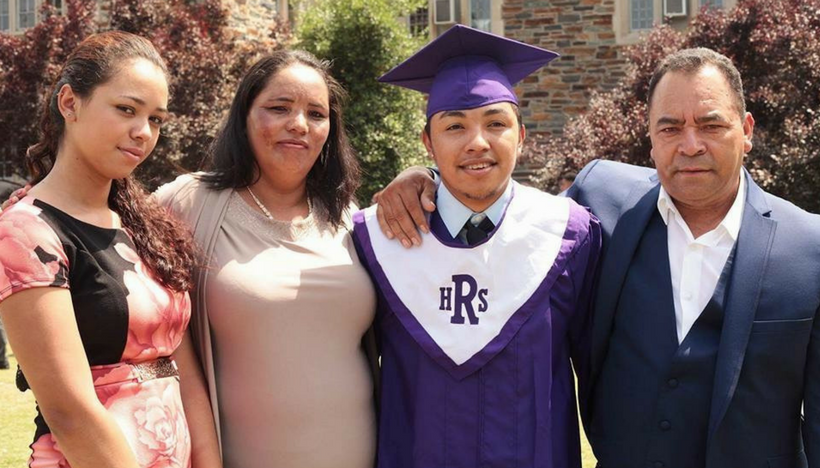 This post is written by NCTE’s North Carolina P12 Policy Analyst Bryan Christopher. It is the fifth part of a series about Wildin Acosta, an undocumented student. You can read the first part here, second part here, third part here, and fourth part here.

On Tuesday, June 13, Wildin Acosta received his high school diploma. His walk across the stage took only a few seconds, but for many in the audience, it marked the end of a most remarkable journey.

Wildin fled gang violence in 2014 from Honduras. After traveling by foot and bus through Guatemala and Mexico, he turned himself in to immigration officials at the border and was later released to join his parents in North Carolina. He enrolled at Riverside High School in 2014, earned good grades, and got involved in clubs and organizations. Then, in January 2016, he was arrested, detained, and set for deportation. Thanks to the help of students, teachers, community organizations, and elected officials, the Department of Homeland Security halted his deportation and eventually released him from a detention center in Georgia so he could finish his high school coursework and graduate. 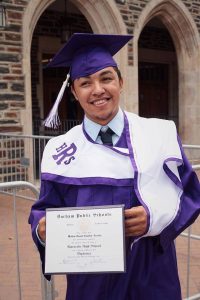 Media outlets like Univision and the New York Times covered his story following his January arrest, but on graduation day, they gave him space to be a teenager again. He politely declined interviews before the ceremony, thanked every teacher he saw, and smiled as he sat among his classmates. In their speeches, the salutatorian called his journey “an example of students going above and beyond to express themselves and stand up for what’s right,” and the valedictorian said he was “proud to stand among the many who helped restore his opportunity to graduate.”

After answering a few questions from the press after the ceremony, Wildin posed for photos with friends, hugged his teachers, and left to share a meal with his family. It was a great day for everyone who helped restore his right to earn a diploma, an opportunity that all public school students, regardless of immigration status, deserve.

This fall, as Wildin’s own story moves beyond Riverside High School, I plan to keep the lessons I learned about policy, equity, and the power of student voice part of my practice by using stories of undocumented journeys in my ninth-grade English classes. Teachers looking for ways to tackle immigration policy should consider using texts that take readers across borders and inside the challenges that teens face when adapting to life in a new place without documentation. I will be using these five:

Wildin was never a student of mine, but when I saw how his classmates reacted, fighting for his right to graduate, it changed the way I thought about policy and my community. Before he was arrested, immigration was an overwhelmingly complex issue that I knew I could not resolve. But once I saw it through the lens of a single story—his story—it moved me to take action. Everything about it was uncomfortable—the time demands, the “hard asks” I made to elected officials mere moments after meeting them, and perhaps most of all the fear of coming up short and disappointing my students—but it was also a career-defining experience that grew my own capacity to lead and serve my students.

This school year, implement texts that provide personal perspectives to help students comprehend complex issues and develop solutions of their own. You never know what it might inspire them (and you) to do.