Mentor Texts for Teaching Argument Writing - NCTE
Back to Blog 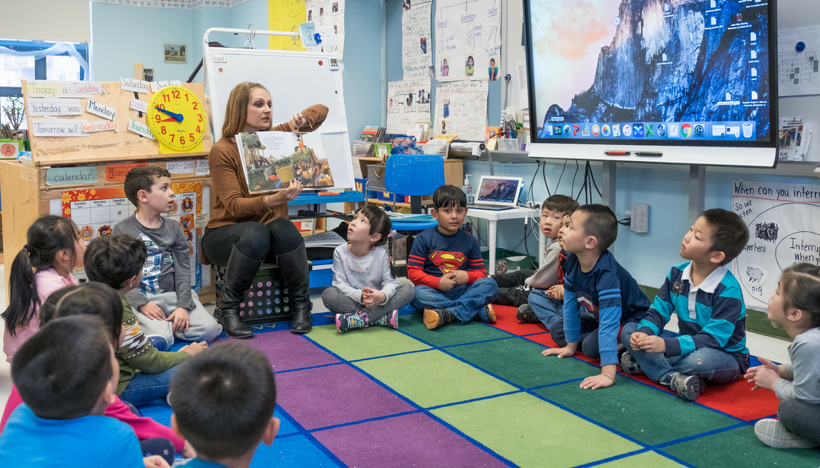 As a follow-up to our November 2017 #NCTEchat, Using Mentor Texts, we asked our social media community to share some of their favorite mentor texts with us. In the first part of this series, we’ve compiled educators’ favorite mentor texts for teaching argument writing. To see the original messages this list is based on, click here.

Should There Be Zoos?: A Persuasive Text by Tony Stead with Judy Ballester and her fourth-grade class
Examines the opposing viewpoints of a fourth-grade class on whether zoos are helpful or harmful to animals; written in
persuasive language.

Hey, Little Ant by Phillip M. and Hannah Hoose, illustrated by Debbie Tilley
What would you do if the ant you were about to step on looked up and started talking? Would you stop and listen?

I Wanna Iguana by Karen Kaufman Orloff, illustrated by David Catrow
Alex just has to convince his mom to let him have an iguana, so he puts his arguments in writing.

Have I Got a Book for You! by Mélanie Watt
Mr. Al Foxword is one persistent salesman! He will do just about anything to sell you this book. Al tries every trick of the trade.

Animals Should Definitely Not Wear Clothing by Judi Barrett, illustrated by Ron Barrett
This well-loved book by Judi and Ron Barrett shows the very youngest why animals’ clothing is perfect . . . just as it is.

Stella Writes an Opinion by Janiel Wagstaff, illustrated by Dana Regan
Meet Stella. She has lots of opinions. When Ms. M. tells the class they get to write an opinion, Stella gets excited. But how will she choose what to write about?

I Wanna New Room by Karen Kaufman Orloff, illustrated by David Catrow
Writing letters to his mom convinced her to let him get his pet iguana, so Alex puts pencil to paper again, this time determined to get his own room.

They All Saw a Cat by Brendan Wenzel
In this celebration of observation, curiosity, and imagination, Brendan Wenzel shows us the many views of one cat and the ways perspective shapes what we see. When you see a cat, what do you see?

Dear Mr. Blueberry by Simon James
It’s vacation time, so Emily has to write to her teacher for help when she discovers a blue whale living in her pond. Mr. Blueberry answers that she must be mistaken, because whales live in the ocean, not in ponds.

Red Is Best by Kathy Stinson
Young Kelly’s mom doesn’t understand about red. Sure, the brown mittens are warmer, but the red mitts make better snowballs. No doubt about it, red is best.

The Day the Crayons Quit by Drew Daywalt, illustrated by Oliver Jeffers
Poor Duncan just wants to color. But when he opens his box of crayons, he finds only letters, all saying the same thing: We quit! The supporting details are great to get students to think and write about the why instead of just writing a list of demands.

One Word from Sophia by Jim Averbeck, illustrated by Yasmeen Ismail
Sophia tries varied techniques to get the giraffe she wants more than anything in this playfully illustrated story about the nuances of negotiation.

Thank You, Sarah: The Woman Who Saved Thanksgiving by Laurie Halse Anderson, illustrated by Matt Faulkner
Way back when “skirts were long and hats were tall,” Americans were forgetting Thanksgiving, and nobody seemed to care! Thankfully, Sarah Hale appeared.

Earrings by Judith Viorst, illustrated by Nola Langner Malone
She wants them. She needs them. She loves them. Earrings! What won’t a girl do to finally get her ears pierced?

This I Believe: The Personal Philosophies of Remarkable Men and Women, edited by Jay Allison and Dan Gediman
Based on the NPR series of the same name, This I Believe features eighty Americans―from the famous to the unknown―completing the thought that the book’s title begins.

Everything’s an Argument by Andrea A. Lunsford and John J. Ruszkiewicz
This bestselling text shows students how to analyze all kinds of arguments—not just essays and editorials, but clothes, cars, ads, and website designs—and then how to use what they learn to write their own effective arguments. Making a Visual Argument: Claire Ironside’s “Apples to Oranges” was specifically mentioned.

Long Walk to Freedom by Nelson Mandela
The autobiography of Nelson Mandela, one of the great moral and political leaders of our time.

“Give Me Liberty or Give Me Death!” by Patrick Henry, delivered March 23, 1775,
St. John’s Church, Richmond, Virginia

Newsela
Current events stories tailor-made for classroom use. Indexed by broad theme, stories are student-friendly and can be accessed in different formats by reading level.

The New York Times Upfront Magazine by Scholastic
Upfront gets teens talking about today’s most important issues with current events for grades 9–12.

“The Joy of Reading and Writing: Superman and Me” by Sherman Alexie, Los Angeles Times, April 19, 1998