Pay It Forward This Year: A Reminder That Generosity Is Contagious - NCTE
Back to Blog 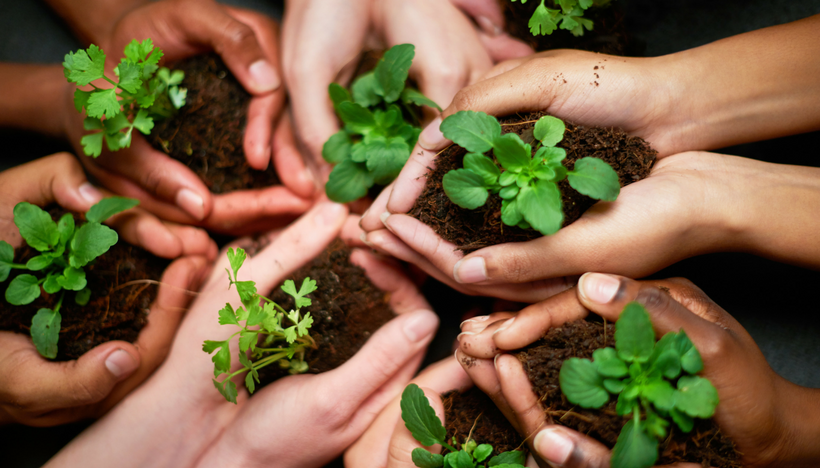 “Make a career of humanity. Commit yourself to the noble struggle for equal rights. You will make a better person of yourself, a greater nation of your country, and a finer world to live in.” – Martin Luther King, Jr., March for Integrated Schools, April 18, 1959.

This year, our school had a massive construction project happening, and we would be moving mid-year across the street to our new building. Moving a high school of 2,400 students would be no small feat, and administrators, teachers, and students were all aware this would be a big move. Our librarians were ready for the year, though. They decided to choose a particular book for our all-school read based on the stress they anticipated: Pay It Forward by Catherine Ryan Hyde. 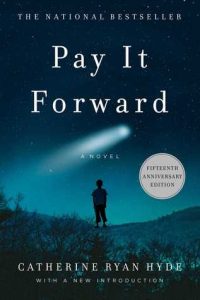 The book, inspired by a real incident the author experienced, focuses on Trevor McKinney, a twelve-year-old whose teacher asks his students to think of an idea that will change the world and put it into action. Trevor devises the concept of paying it forward—help three people and all they have to do is help three other people. While the plot is far more complex than that (they always are), that explains the basic premise. The idea is “you don’t need much to change the entire world for the better. You can start with the most ordinary ingredients. You can start with the world you’ve got.”

With a stressful year ahead of us and a good book to share, we began the school year. And it started slowly, but the generosity began to flow. People started finding gift cards in their mailboxes. Students were granted mysterious gift cards around the holidays. I started randomly taking people’s bus duty on Friday afternoons (often far more exciting than a gift of a cup of coffee). What happened for me, though, was that I experienced a mindset shift. In parking lots, away from my school, I began to seek out people who were taking carts to their cars, and I’d park near them and then take their cart back to the store. (Moms with kids were probably the most grateful for this action.)

Then came the NCTE Annual Convention—where English teachers from every level, grade, state, and country gather to celebrate our students, our field, and our favorite authors. And I saw the same thing happen at NCTE that I did at my high school—generosity is contagious. After seeing Grace Lin, author of Where the Mountain Meets the Moon (and whose TED talk “The Windows and Mirrors of Your Child’s Bookshelf” I use in class) was signing books, I fangirled hard. I might have shrieked with joy a little, and I might have drawn a little crowd (after all, when someone fangirls hard at NCTE, there’s usually a Jason Reynolds or an Angie Thomas or an Andrew Smith around). So I bought some of Grace Lin’s books to be signed, and as I talked to a young teacher, she seemed interested, but when she realized the books were not free (as many are at the Convention), her face fell. “Don’t worry, I got you,” I told her, and shoved $5 at the woman at the booth. I gave the young teacher the book. “Here. Pay it forward some other year.”

The same thing happened when I showed up at the Brandy Colbert signing. I just loved Little and Lion, and when I realized there was an advanced reader copy of her upcoming book Finding Yvonne available with purchase of a copy of Little & Lion, I definitely shrieked again. And drew a little crowd. Again. And bought a copy for a young teacher. Again. But this time, I saw a few other teachers take note. And another older teacher bought a book for a younger teacher. And that happened later that day, too (unprompted by my shrieks).

I saw so many people at NCTE being generous, kind, and helpful. I know that’s our way of being—after all, we’re teachers. But after last year, when so many people were on edge, this year the feeling at the Convention was one of camaraderie. One of generosity. One of community.

One thing I’ve learned about communities—you’ve got to invest in yours. And whether that is by taking someone’s bus duty, filling up the water in the department Keurig, or buying a book for another teacher or for a student, then that’s what you should do. Pay it forward.

Kate Walker teaches in State College, PA, and edits the Pennsylvania State Affiliate (PCTELA) Blog. She was the 2014 NCTE Secondary Teacher of Excellence for Pennsylvania.