Three’s the Charm—or Is It Four? - National Council of Teachers of English
Back to Blog 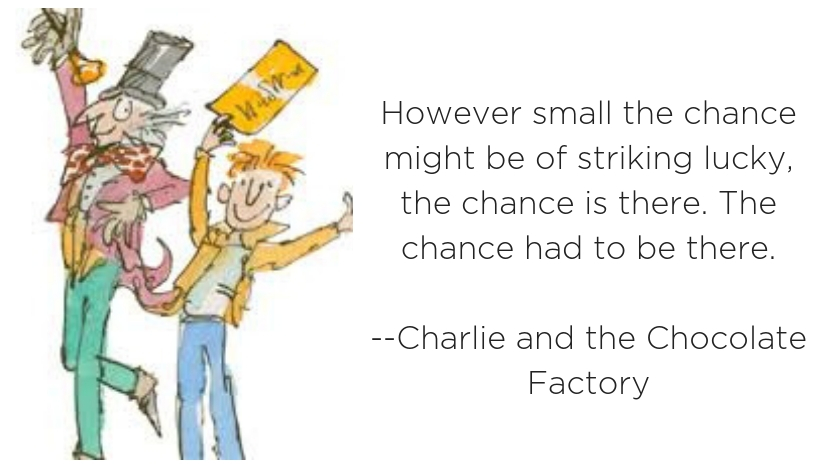 Roald Dahl’s Charlie and the Chocolate Factory debuted in 1964 and the book and subsequent films have cultivated salivating, sweet-toothed kid audiences, family fun reading and viewing, and controversy ever since.

When the book first came out, Dahl was accused of racism:

The first edition of Dahl’s Charlie and the Chocolate Factory (1964) depicted the Oompa-Loompas as black pygmies from Africa who work for a meagre wage of cacao beans while happily chanting . . .

The 1971 film Willy Wonka and the Chocolate Factory responded to these allegations by making the Oompa-Loompas orange-skinned, green-haired little people. For the record, Roald Dahl hated the film because he thought it left out too many parts of the book. He refused film rights to the Charlie book sequel and stipulated that the movie never be remade during his lifetime.

In October of 1974, Mary Lou White wrote about the book in The Elementary School Journal, noting these contradictory quotes:

“one of the most tasteless books ever written.”

“Full of magical nonsense and uproarious situations, with a tiny germ of moral artfully inserted in each chapter.”

Some reviewers decry the moral system of Charlie and the Chocolate Factory as sadistic or extreme.

The four “naughty little children” have . . . vices [that] can be translated into some of the Deadly Sins. Augustus Gloop, “A greedy boy,” is gluttonous; Veruca Salt, “A girl who is spoiled by her parents,” is avaricious. Violet Beauregarde, “A girl who chews gum all day long,” is prideful, because she displays a piece of gum to reporters which she has been chewing for three months in an attempt for the world record and global recognition. Mike Teavee, “A boy who does nothing but watch television,” is slothful; television “rots the senses in the head” and “kills imagination dead.” In contrast, Charlie displays a complete lack of any of these characteristics.

By 1990, there was another complaint,

. . . [O]one Colorado librarian appealed to the American Library Association to censor Dahl’s story. She argued that the book promoted a poor philosophy on life and that Charlie, the main character, had no redeeming positive traits, only the absence of negative ones.”

The librarian placed the book in a locked collection to make sure parents knew what their kids would be reading if they checked it out.

It’s interesting that during that decade many books were challenged for having child characters disobey their parents and for not promoting a “positive” image of childhood behavior and expectations (e.g. The Chocolate War, Lord of the Flies, Harry Potter and the Philosopher’s Stone)

Enter the 2005 film version of Charlie and the Chocolate Factory, fifteen years after Dahl’s death. Directed by Tim Burton and starring Johnny Depp and Freddi Highmore, the film retains bratty kids who are still bratty and get their just desserts and a Willy Wonka who is still kind of scary and sweet playing against a Charlie who remains his silent but sweet self.

Now in 2019 Charlie and the Chocolate Factory comes to the stage, bringing an in-person, candy-filled, live experience for theater goers.

One text, four ages, three different media—could be that four’s the charm—and, controversy aside, Charlie and the Chocolate Factory is a text that lives on for those with hearts imaginative as those of children.