Read It, Write About It, Understand - NCTE
Back to Blog 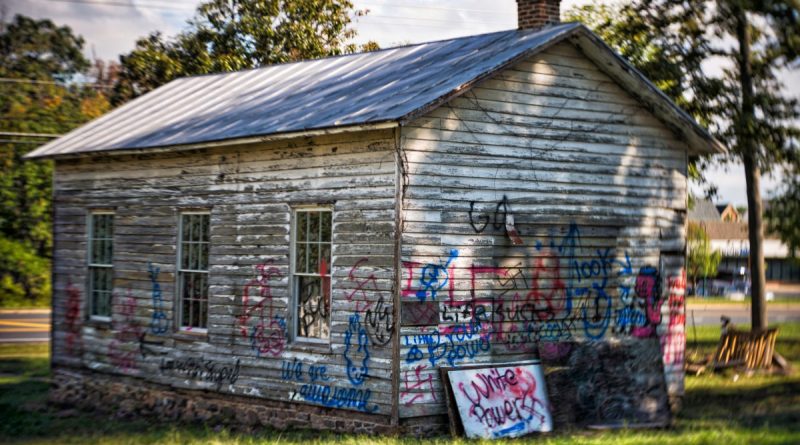 Let’s be clear. NCTE never supports using writing or reading as punishment. But that’s what Virginia judge Avelina Jacob did when she sentenced the five 16- and 17-year-old boys  who pleaded guilty to spray painting swastikas, racial slurs, and vulgar images on the walls of the Ashburn Colored School, a historic black schoolhouse in Loudoun County.

Judge Jacob endorsed prosecutor Alejandra Rueda’s order that the boys read one book each month for the next 12 months, write a report about it, visit the United States Holocaust Museum and “The Day of Remembrance: The 75th Anniversary of Executive Order 9066” Japanese Internment Camps exhibit at the American History Museum, and listen to a recorded interview of Yvonne Neal, describing her experiences at the Ashburn Colored School which she attended from 1938 until 1945. The teens were also assigned to write a research paper “explaining the message that swastikas and white power messages on African-American schools or houses of worship send to the African-American community as well as the broader community, which includes other minority groups,” prosecutors said,

We are seizing the opportunity to treat this as an educational experience for these young men so they may better appreciate the significance of their actions and the impact this type of behavior has on communities and has had throughout history,” the commonwealth’s attorney, Jim Plowman, said in the statement.

Alejandra Rueda said that in her 19 years as a prosecutor, this is the first time she’s suggested such a disposition. She went on to say:

“It occurred to me that the way these kids are going to learn about this stuff is if they read about it, more than anything,” Ms. Rueda said. “Yes, they could walk into court and plead guilty and get put on probation and do some community service, but it wasn’t really going to bring the message home.”

“I just thought maybe if they read these books, it will make an impression on them, and they will stand up for people who are being oppressed,” she added.

Ms. Rueda said she had been inspired by her own history growing up in Guadalajara, Mexico, in the 1980’s, when her librarian mother handed her Leon Uris’s books Mila18 and Exodus to learn about Israel and the Holocaust while she was participating in a model United Nations project.

In another interview she noted:

I think that the only way to teach tolerance is for people to learn about other cultures. And sometimes, the only way to do that is to read about it. You know, that was the way that I learned about those things. I mean, when I first read Alan Paton’s “Cry, The Beloved Country,” I knew nothing about South Africa. I didn’t know anything about apartheid at the time. I remember weeping at my ignorance and at what people were going through. And so I’m hoping that that’s what happened for them because that’s what happened for me.

Dr. Deep Sran, founder and educational lead at Loudoun School for the Gifted, a small private school that has been working for years to restore the schoolhouse noted,

If any good can come out of this, it has to be through an effort to educate.

The list of books from which the students could choose was selected “based on their literary significance and/or their subject matter content surrounding race, religion, and discrimination,” according to the news release from the prosecutor. And the list was vetted by the students’ families. The school worked with the prosecutor on suggestions for the book list, and one of the school’s English teachers balked at the idea of using literature as punishment (Yay for her—I hope she was an NCTE member!)

I find it ironic that without a court order, educators like you who are reading this are likely using a social justice perspective and many of the books on the list daily in your classroom, and not as punishment. Doubly ironic is that 14 of the 35 books on the list have been challenged or banned and appear on NCTE’s list of books challenged 2002–2018. Yet, they were chosen for the teens and approved by the court. The beliefs of Dr. Sran, Attorney Rueda, Judge Jacob, and those in Loudon County, Virginia, who supported the ruling that education is key to helping youth understand our world and act justly within it is the belief you carry daily into your classroom and which influences the literature you choose to use with your students. As with the Loudoun County students, who according to the prosecutor learned what everyone would have hoped, your students are learning as well.

The Color Purple* by Alice Walker
Native Son* by Richard Wright
Exodus by Leon Uris
Mila18 by Leon Uris
Trinity by Leon Uris
My Name Is Asher Lev by Chaim Potok
The Chosen by Chaim Potok
The Sun Also Rises by Ernest Hemingway
Night* by Elie Wiesel
The Crucible* byArthur Miller
The Kite Runner* by Khaled Hosseini
A Thousand Splendid Suns* by Khaled Hosseini
Things Fall Apart* by Chinua Achebe
The Handmaid’s Tale* by Margaret Atwood
To Kill a Mockingbird* by Harper Lee
I Know Why the Caged Bird Sings* by Maya Angelou
The Immortal Life of Henrietta Lacks* by Rebecca Skloot
Caleb’s Crossing by Geraldine Brooks
Tortilla Curtain by T.C. Boyle
The Bluest Eye* by Toni Morrison
A Hope in the Unseen by Ron Suskind
Down These Mean Streets* by Piri Thomas
Black Boy* by Richard Wright
The Beautiful Struggle by Ta-Nehisi Coates
The Banality of Evil by Hannah Arendt
The Underground Railroad by Colson Whitehead
Reading Lolita in Tehran by Azar Nafisi
The Rape of Nanking by Iris Chang
Infidel by Ayaan Hirsi Ali
The Orphan Master’s Son by Adam Johnson
The Help by Kathryn Stockett
Cry the Beloved Country by Alan Paton
Too Late the Phalarope by Alan Paton
A Dry White Season by André Brink
Ghost Soldiers by Hampton Sides