Reading Behind Bars - NCTE
Back to Blog 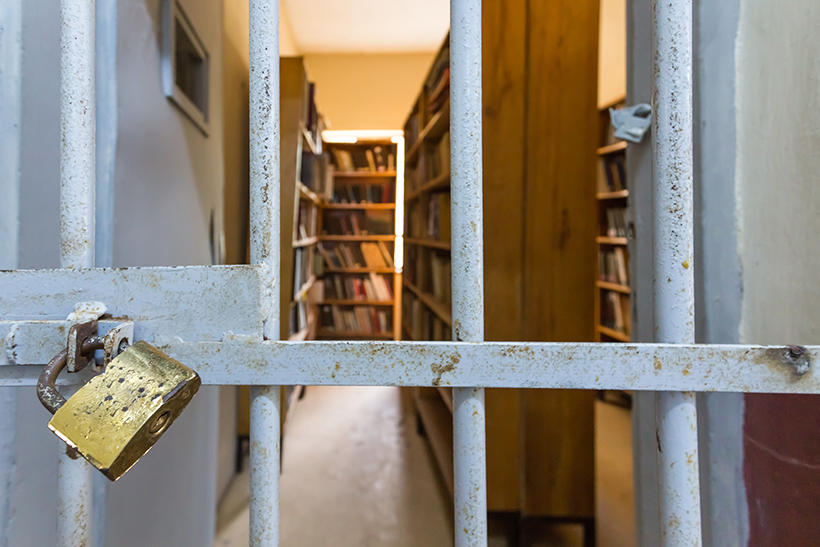 Federal courts have repeatedly affirmed that prisoners have a First Amendment right to read, and that publishers and others have a right to send them reading materials. While those rights can be restricted in the interest of security, blocking the free flow of ideas serves no penological purpose. Proponents of stricter controls on the books available to incarcerated readers argue that some information is inherently dangerous, but the First Amendment is designed to prohibit the suppression of information.
—Books Behind Bars: The Right to Read in Prison

The issue of book banning in prisons has been in the news, particularly in the intellectual freedom news I receive, for quite some time. It’s been reported from Washington, Maryland, Pennsylvania, Arizona, Texas, Florida, and probably from a prison near you.

But now prison book banning has come to my town and I need to write about it. The Education Justice Project (EJP) housed at the University of Illinois Urbana-Champaign has a mission “ to build a model college-in-prison program that demonstrates the positive impacts of higher education upon incarcerated people, their families, the communities from which they come, the host institution, and society as a whole.” EJP, among other valuable programs, provides a large cohort  of the men incarcerated at the Danville, Illinois, Correctional Center (10-15%) with upper level college courses toward their bachelor’s degrees. I’ve worked with EJP and taught several writing workshops at the prison.

This year, the Danville prison removed more than 200 books from the prison library.

Those titles include books like Visiting Day, a children’s book about visiting a parent in prison by author Jacqueline Woodson. Also included among the removed books are two titles written by African-American scholar Henry Louis Gates Jr., a book by philosopher Cornel West, Up From Slavery by Booker T. Washington, and Mapping Your Future: A Guide to Successful Reentry 2017-2018 written by the college in prison program’s reentry team. . . . A majority of the books removed from the program’s library are about race.

Michael Tafolla is a case manager for the Chicago-based Precious Blood Ministry of Reconciliation and works with at-risk young adults ages 18 to 28 years old to mitigate violence and help them heal from past trauma. Tafolia was convicted for murder at age 18 and participated in the EJP program during the last four years of a two-decade long prison sentence. He notes:

[B]ooks never caused riots or fights at the prison. Instead . . . the books [I] read in EJP classes and on [my] own time led to greater self-awareness, and helped [me] reject a life of violence and crime.

“If people like me that come from poverty stricken neighborhoods learn how to be much more and value ourselves, we’re going to be less likely to be breaking the law or doing other at-risk things. . . . If that happens, then less people are going to go to prison.”

In a recent episode of the podcast of The Breakdown, “Prisons Ban Books on Liberation and Freedom,”  Shaun King reminds us—way better than I—that the US is the “incarceration nation” and reports on the Danville prison’s banning of 200+ books. Don’t let your White Fragility put you off King’s message about the racism inherent in incarceration and prison book bannings. Follow Shaun King’s advice on how to take action in Illinois as well as in your own locality. If you’re from Illinois, visit the Freedom To Learn website  and sign onto the Freedom To Learn campaign. Follow him on twitter @shaunking.

When the prison gates slam behind an inmate, he does not lose his human quality; his mind does not become closed to ideas; his intellect does not cease to feed on a free and open interchange of opinions; his yearning for self-respect does not end; nor is his quest for self-realization concluded. If anything, the needs for identity and self-respect are more compelling in the dehumanizing prison environment.