The Gettysburg Address - NCTE
Back to Blog 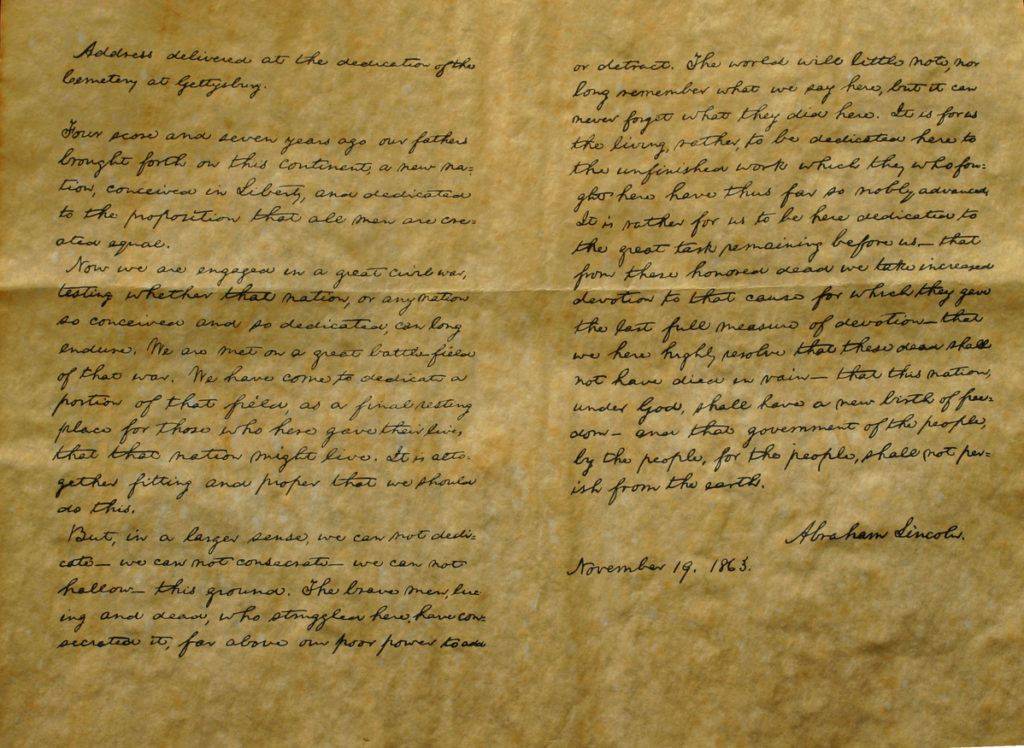 Invited to speak at the consecration of a memorial honoring the dead at Gettysburg, Abraham Lincoln delivered one of the most well-known speeches in American history. While the speech is extremely short—just 267 words—Lincoln used the opportunity both to honor the sacrifice of the soldiers and to remind American citizens of the necessity of continuing to fight the Civil War. The Gettysburg Address stands as a masterpiece of persuasive rhetoric.

Thanks to the Library of Congress, there are many primary sources available related to the Gettysburg Address.

Judge David Wills is the one who invited Abraham Lincoln to participate in the dedication of the Soldiers’ National Cemetery at Gettysburg. This letter from the Judge is the official invitation to the president.

There is a photograph from Gettysburg on that November day in 1863! Lincoln is pictured in the center of the platform, hatless with his bodyguard, Ward Lamon, and Governor Andrew Curtin of Pennsylvania. Lincoln’s private secretaries, John Hay and John Nicolay, orator Edward Everett, and Gettysburg attorney and organizer David Wills may be among those near the president.

There are five known drafts of the Gettysburg Address. Invite students to examine the differences between these versions and what Lincoln delivered.

While younger students may find the text of this speech too advanced, they can certainly begin the process of identifying the purpose, structure, and means of persuasive speech and writing.

Learn more with these additional resources on the Gettysburg Address.