March is Women's History Month - NCTE
Back to Blog 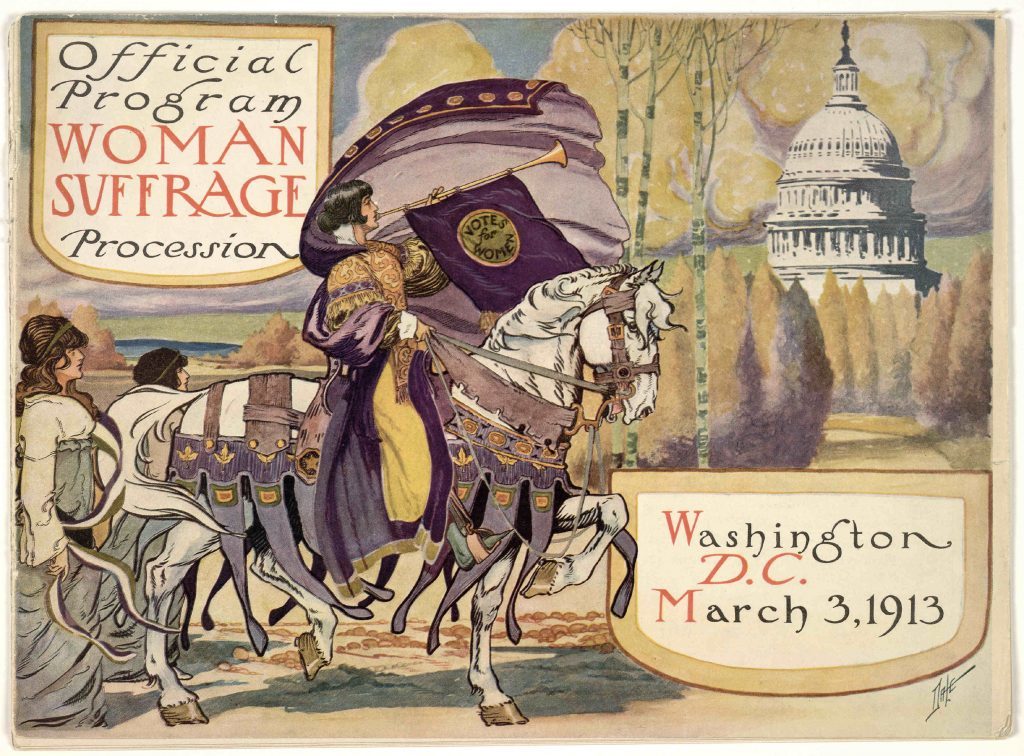 The theme for this year is “Valiant Women of the Vote.” This theme celebrates the women who have fought for a woman’s right to vote in the United States.

On March 3, 1913, on the eve of Woodrow Wilson’s inauguration, the National American Woman Suffrage Association sponsored a procession to support enactment of a constitutional amendment giving women the right to vote.

“We march today to give evidence to the world of our determination that this simple act of justice shall be done,” the official program stated. “We march that the world may realize that, save in six states, the newly-elected President has been chosen by only one-half of the people.” At the time, only six states enfranchised women.

How can you teach about suffrage in your classroom? This article in English Journal shares about a women’s suffrage unit that combined the reading of Katherine Paterson’s novel Lyddie with a history unit on women’s rights and other reform movements.

How will you celebrate Women’s History Month in your classroom?