April 7 is the 250th Anniversary of the Birth of William Wordsworth! - NCTE
Back to Blog 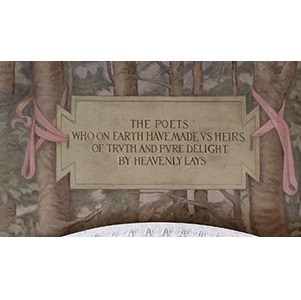 “All good poetry is the spontaneous overflow of powerful feelings.” ~ William Wordsworth

On April 7, 1770, William Wordsworth was born in England. Several life happenings shaped much of his later work: the death of Wordsworth’s mother when he was eight, his father’s death when he was in grammar school, and Wordsworth’s walking tour of Europe during his final semester at St. John’s College in Cambridge.

While touring Europe, Wordsworth came into contact with the French Revolution. This experience led to Wordsworth’s interest and sympathy for the life, troubles, and speech of the “common man”—the issues that were most important to Wordsworth’s work.

Wordsworth’s earliest poetry was published in 1793 in the collections An Evening Walk and Descriptive Sketches. In 1795, Wordsworth meet the poet Samuel Taylor Coleridge. Together, they published the famous Lyrical Ballads in 1798. The preface to the second edition shares Wordsworth’s views on both his craft and his place in the world. In the preface Wordsworth writes on the need for “common speech” within poems and argues against the hierarchy of the period which valued epic poetry above the lyric.

In this lesson, students read and analyze sonnets to discover their traditional forms. Students chart the poems’ characteristics, including the poetic features and their emotional responses to the poems. They then review the details for similarities, deducing traditional sonnet forms that the poems have in common. After this introduction, students write original sonnets, using one of the poems they have analyzed as a model, including sonnets by Wordsworth.

How do you plan to recognize the 250th anniversary of the birth of William Wordsworth?