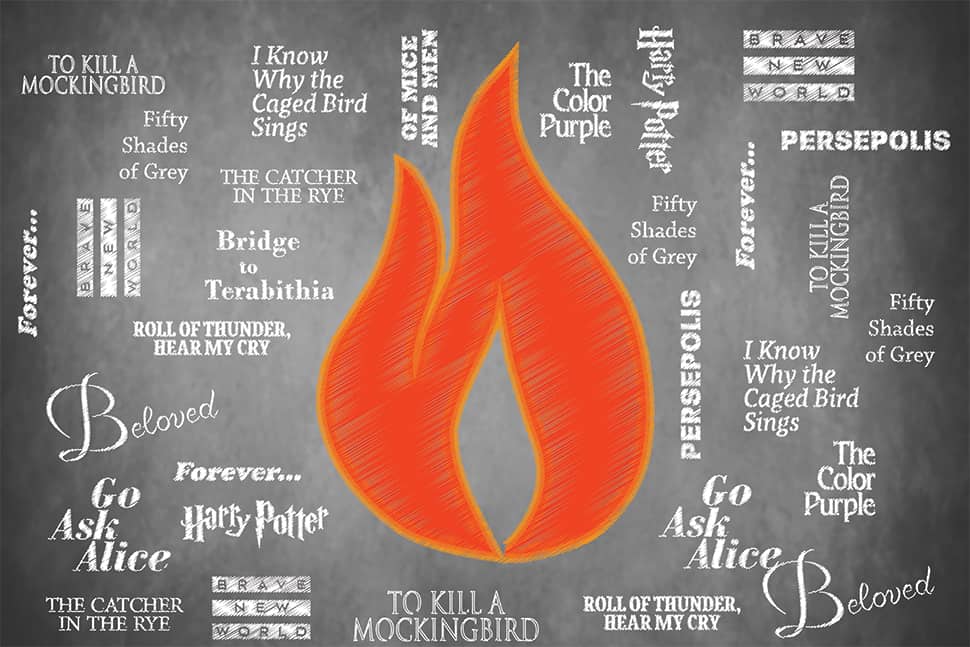 Banned Books Week, held this year September 27 – October 3, 2020, is an annual event celebrating the freedom to read. Typically held during the last week of September, it spotlights current and historical attempts to censor books in libraries and schools.

At the 1965 American Library Association Midwinter Meeting preconference in Washington, DC, the Intellectual Freedom Committee (IFC) recommended an ALA unit be established to “promote and protect the interests of intellectual freedom.” Among its interim objectives was to create “positive mechanisms” that could defend intellectual freedom, collaborate with state intellectual freedom committees, and establish relationships with other First Amendment groups.

Judith F. Krug was a librarian, freedom of speech proponent, and critic of censorship. Krug became director of the Office for Intellectual Freedom at the American Library Association in 1967. In 1969, she joined the Freedom to Read Foundation as its executive director. Krug co-founded Banned Books Week in 1982. Watch this video of Krug talking about intellectual freedom in 2002.

Banned Books Week was launched in 1982 in response to a sudden surge in the number of challenges to books in schools, bookstores and libraries. This includes the Island Trees School District v. Pico (1982) Supreme Court case which ruled that school officials can’t ban books in libraries simply because of their content. A number of organizations came together to start Banned Books Week, both to highlight the fact that literature was being banned, and to celebrate the freedom to read.

Leading up to the creation of Banned Books Week, TIME magazine published a 1981 story about the increasing incidence of book banning, “The Growing Battle of the Books.”

“The Books That Shaped America” exhibition from the Library of Congress sparked a national conversation on books and their importance in Americans’ lives. This exhibition kicked off the 2012 National Book Festival. Many of the books in the exhibition were books that had been challenged or banned.

Today, book burning is widely seen as an abhorrent symptom of a repressive society. However, in many newspaper accounts of the time, the textbook burnings of World War I are portrayed as patriotic acts committed to guard against tyranny. Read more about “Banned Books Week: News Coverage of Textbook Burnings During World War I.”

In this video, the executive director of the non-profit Comic Book Legal Defense Fund shares the history of comic book censorship from the medium’s origins to the present day. Discussed is the censorship trend that began in the 1940s, and how history informs legal challenges to graphic novels today.

Reading brings people together, but censorship drives us apart. How will you celebrate your freedom to read?