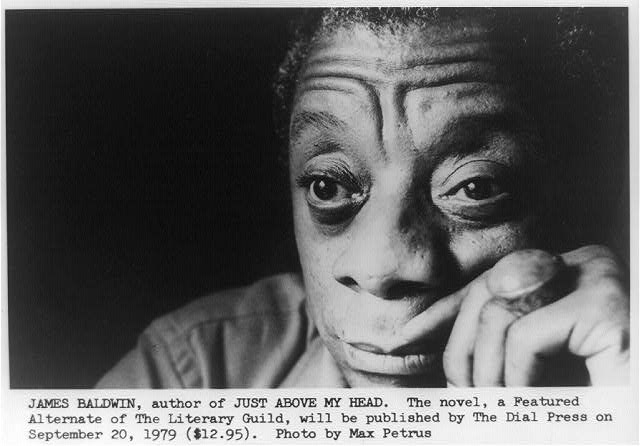 James Baldwin was born in Harlem on August 2, 1924. Baldwin wrote many novels but he was also a poet and a playwright. He is most well known and remembered as an essayist and social critic. Listen here to James Baldwin reading from his works.

James Baldwin was heavily influenced by his Harlem middle school French teacher, famed poet Countee Cullen. Cullen was a leader of the Harlem Renaissance, a flourishing of artistic expression that emerged from the community of Harlem in New York City in the 1920s. Countee Cullen devoted himself to the education of children in the last period of his life and concentrated on teaching and writing children’s books.

While James Baldwin’s literary focus is largely for and about adults, in 1976 he wrote Little Man, Little Man: A Story of Childhood. Re-released by Duke University Press in 2018, it is a fictional work based on the childhood adventures of Baldwin’s nephew Tejan (“TJ”) and niece Aisha in Harlem, New York in the 1970s. The book includes bold illustrations by French artist Yoran Cazac and unique subject matter. A panel including Aisha Karefa-Smart, Nicholas Boggs and Jason Reynolds explored this only children’s book ever written by James Baldwin. See the panel discussion here and read more about the text in this post. There is also a Teacher Resource Guide for this unique text by Baldwin.