Celebrate Juan Felipe Herrera! - National Council of Teachers of English
Back to Blog 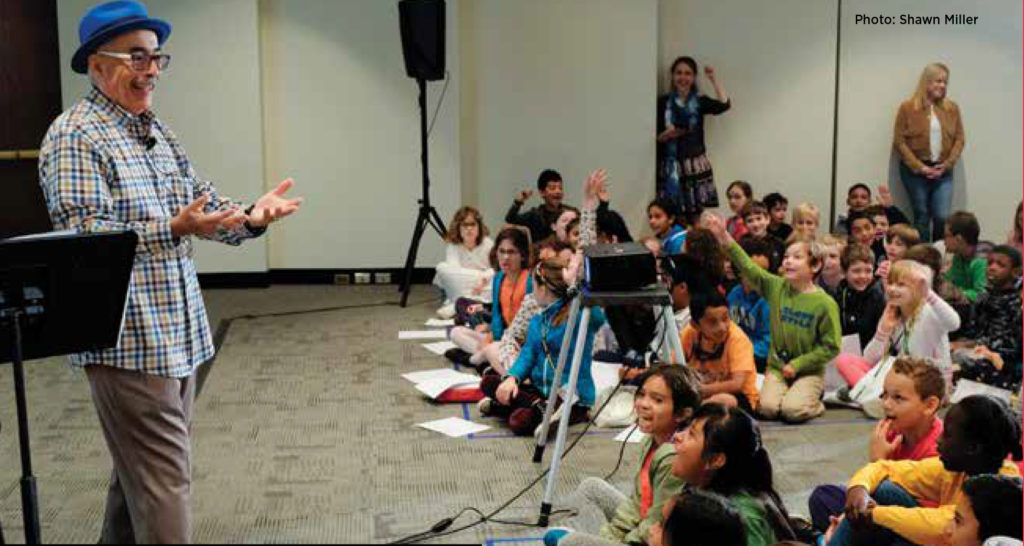 Juan Felipe Herrera was born on this day in 1948. Herrera is the American poet, author, and activist of Mexican descent who became the first Latino poet laureate of the United States. He is known for his often-bilingual and autobiographical poems on immigration, Chicano identity, and life in California.

Herrera spent much of his first term as Laureate traveling across the country conducting readings, lectures, and workshops with students and members of the general public. He became the country’s first Latino Poet Laureate, from 2015–2017, after being a teacher and a poet for five decades. His inaugural reading as Poet Laureate occurred in the Library of Congress’s Coolidge Auditorium on Tuesday, September 15, 2015.

Read more about Juan Felipe Herrera’s journey and his activities in this Council Chronicle article. Peer inside a classroom as Herrera shares his insights about poetry.

NCTE member and past College Section Chair R. Joseph Rodriguez shares classroom applications and resources about “Our US Poet Laureate and Hispanic Heritage,” including ideas for writing original poetry.

Watch NCTE President Alfredo Celedón Luján in conversation with Juan Felipe Herrera as part of a National Hispanic Heritage Month celebration with NCTE and the Library of Congress.

What’s a collaborative piece of writing you have worked on?