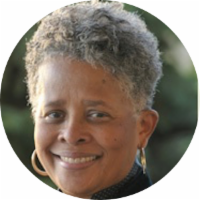 Carol D. Lee is the Edwina S. Tarry Professor Emerita in the School of Education and Social Policy and African-American Studies at Northwestern University. She is President-Elect of the National Academy of Education (NAEd), a past president of the American Educational Research Association (AERA), AERA’s past representative to the World Educational Research Association, past vice president of Division G of AERA, past president of the National Conference on Research in Language and Literacy (NCRLL), and past cochair of the Research Assembly of the National Council of Teachers of English (NCTE). She is a member of NAEd; a fellow of AERA, NCRLL, and the International Society of the Learning Sciences; a former fellow at the Center for Advanced Studies in the Behavioral Sciences; and a member of the American Academy of Arts and Sciences and the Reading Hall of Fame.  She has received numerous awards including Distinguished Service Award from NCTE, Scholars of Color Distinguished Scholar Award from AERA, the Distinguished Alumni Award from the College of Liberal Arts at the University of Illinois-Urbana, the President’s Pacesetters Award from the American Association of Blacks in Higher Education, the Lifetime Achievement Award from the American Association of Colleges of Teacher Education and an honorary doctorate from the University of Pretoria, South Africa.

She is an author of numerous journal articles, handbook chapters, and four books.

Her research addresses cultural supports for learning that include a broad ecological focus, with attention to language and literacy and African American youth.

Her career spans 55 years, including work as an ELA teacher at the high school and community college levels, a primary grades teacher, and a university professor.  She is a founder of four African centered schools that span a 49-year history, including two charter schools under the umbrella of the Betty Shabazz International Charter Schools where she serves as chair of the Board of Directors.

This award is given by the Executive Committee in recognition of outstanding service, not only to the stature and development of NCTE and the discipline which it represents, but also to the profession of education as a whole, internationally as well as nationally.

Criteria:
The James R. Squire Award is a special award given to an NCTE member who has had a transforming influence and has made a lasting intellectual contribution to the profession. We remind nominators, nominees, and selection committee members that members of NCTE Conferences—CCCC, CEL, ELATE, LLA, and TYCA—are members, by definition, of NCTE.

The NCTE James R. Squire Award does not need to be awarded each year. This award should be bestowed only when the subcommittee decides that nominations warrant presentation of the award. Only one recipient will be selected each year.

Nomination deadline is May 1

The application period for 2022 is now closed.