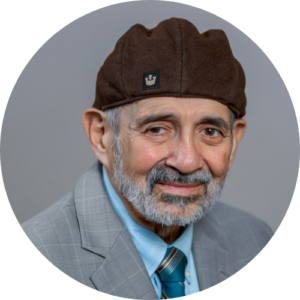 Alfredo Celedón Luján is the president of NCTE as well as an English teacher at Monte del Sol Charter School in Santa Fe, New Mexico, where his students were featured in a segment of CPB/Annenberg’s The Expanding Canon: Teaching Multicultural Literature. He hails from Nambé, northern New Mexico. He received his Bachelor of Science degree in education from New Mexico State University and his Master of Arts/English and Master of Letters from the Bread Loaf School of English at Middlebury College.  He has been a writer-in-residence at the Noepe Center for Literary Arts at Martha’s Vineyard and also with the multicultural Artist in the Schools Program in Alaska. He has been a recipient of three fellowships from the National Endowment for the Humanities, and was named one of the New Mexico’s Golden Apple Award winners for excellence in teaching in 2015.

The award will be presented during the NCTE Annual Convention.

Nominations are not accepted for this award.

Purpose:
To honor a junior high/middle level educator who has worked to promote understanding of the developmental needs and characteristics of young adolescents, especially in the English language arts.

Eligibility:
A “middle level educator” is defined as anyone who has worked to improve schools and schooling for the middle level—teacher, principal, curriculum specialist, or supervisor as well as anyone at the university or college level—not necessarily a classroom teacher.

Award Specifics:
The award recipient is presented a plaque at the Middle Level Luncheon during the NCTE Annual Convention.

Established in 1996 by the Junior High/Middle School Assembly, this award honors Richard “Dick” Halle for his dedication to the Assembly and middle level education. The award became a Middle Level Section Award in February 2002 when the Assembly was dissolved.

Learn about the Junior High/Middle School Assembly, Halle Award, and the creation of the Middle Level Section in “Honoring the Past; Looking to the Future.”