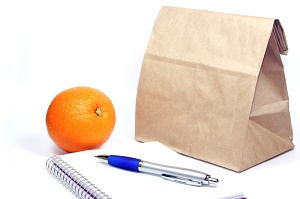 According to the report Hunger in Our Schools 2015, issued by No Kid Hungry/Share Our Strength, three out of four public school teachers say students come to school hungry. These students cannot concentrate, are tired, lack motivation and energy, have poor academic performances or behavior, and are often sick. Ninety-three percent of educators are concerned about the long-term effects of hunger.

Many teachers reach into their own pockets to stock their classrooms with food. Debra Youngberg, an Alternative School Teacher at Westfield High School in Chantilly, Virginia, along with members of her team, stocks a closet with food they purchase from Costco. NCTE member Wendy Gassaway of Neil Armstrong Middle School in Oregon writes, “I don’t keep as much as I’d like to, partly because of my own budget and partly because middle schoolers are often too proud to admit they need items. I DO, however, keep granola bars and give them to any kid who says they’re hungry or didn’t eat breakfast.”

Policy analyst Erin O’Neill at New Mexico State University writes, “NMSU-Alamogordo has what we call the Aggie Cupboard. Donations are collected, and at least once a month food is distributed to students. Everyone is allowed some choice–students tell me it’s usually about a week’s worth of food for one person, and it really helps some of them to make it to the end of the month.”

Edwina Jordan, also an NCTE Member, of Illinois Central College described the food bank supported by faculty and staff “who form an assembly line and place a variety of items in the bags.   Next posters will go up to inform anyone in need to come and pick up a bag of food.  No questions asked.  Each person who shows up at the designated room gets a bag of food.”

These teachers and faculty, like many educators, administrators, counselors, and staff in schools, universities, and colleges throughout the world, give food and gift cards to make sure their students eat.

In her Presidential Address at the 2015 NCTE Annual Convention, Past President Kathy Short spoke of the issue of hunger through the lens of teaching students about advocacy. “We wanted to go beyond charity . . . and beyond volunteering. . . . We wanted to engage in action that was meaningful and authentic to children.” In describing the hunger project she and her colleagues instituted at their K-5 school, she described their actions as falling under the following advocacy principles:

As these stories illustrate, NCTE members are advocating on behalf of their students’ needs, and they’re raising their students’ awareness of the role they can play in doing the same for others. This is just a glimpse into how teachers are taking on the role of advocate, and as we begin the new year, we’ll share many more. Thanks to educators who get involved, 2016 will be an exciting year of change. We look forward to being part of that change with you!