Is Teaching Grammar Necessary? - National Council of Teachers of English
Back to Blog 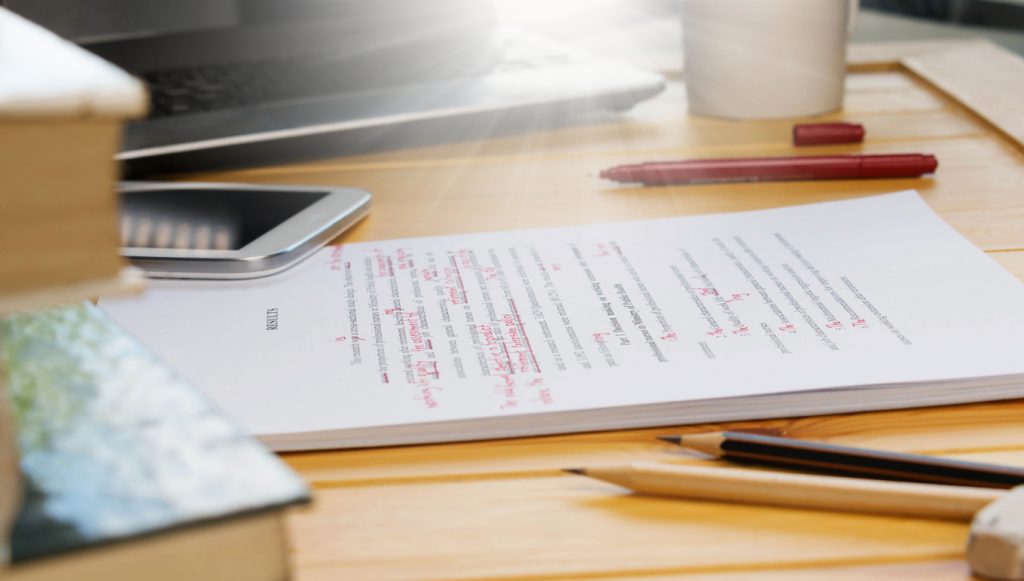 Many years ago, while visiting a grade 4/5 classroom in the school where I was principal, I listened to a group of children reading aloud the first drafts of essays they had written about various holidays celebrated in America. The children were helping each other to correct errors and make meaning clearer. In reading her essay one girl said, “In the United states we celebrate Christmas by giving and receiving gifts and sing Christmas carols.” Immediately, another girl in the group interrupted her, saying, “That word should be singing.” The interesting thing for me was not that the second girl was absolutely right, but that she was right without knowing why. Neither she nor any other child in the classroom could have stated, “Sentence elements of equal grammatical rank should be expressed in parallel constructions.” Yet, all of them subconsciously knew that principle of English grammar and were able—most of the time—to demonstrate it in their speech and writing.

This story is but one illustration of what happens most of the time in language usage; we construct grammatically correct sentences or correct our mistakes by intuitively applying the rules that govern English syntax. If, instead, we had to apply those rules consciously, they would only get in our way, making it impossible for us to speak or write at all. To construct a simple two-word sentence, such as “He dreams,” requires the application of at least seven grammar rules. Imagine trying to apply them consciously following the rules of English grammar.

To say what I mean, I need a noun phrase and a verb phrase. The noun phrase can be made up of a singular noun plus a determiner, a plural noun, a proper noun, or a nominative case pronoun. If I choose a pronoun, it can be singular or plural, but it must be inflected for first, second, or third person. The verb I choose can be transitive, intransitive, or copulative. But if it is transitive, it needs an object, or if it is copulative, it needs a complement. In any case the verb must also be inflected for first, second, or third person to agree with the pronoun.

With grammar rules so complicated and hard to use, you may wonder why we have them at all. The fact is that such rules were created by linguists in order to explain language phenomena that had already existed for thousands of years. Most of the grammatical explanations were reasonable at the time they were created, but some have been discredited by subsequent discoveries about language. Others were cancelled out by actual changes in spoken language over time. In all cases, though, the rules were merely rough models for incompletely understood mental processes. No grammarian ever asserted that a grammar list exists in the brain from which human beings select and apply rules as they need them.

Although grammar rules are explanations for what exists in language, not prescriptions for what “ought to be,” they have been misused for a long time. Teaching those rules in schools started with instruction in ancient Latin and Greek, where it made sense because those were “dead” languages. But then those rules gradually slipped into other parts of the school curriculum, such as modern foreign language courses and English classes, where they had no business.

Over the years, the teaching of grammar has continued to be prominent in English and foreign language instruction, leaving less class time or student energy for students to speak, read, or write in those languages. Yet, many perceptive teachers, sensing that grammar lessons might not be all that beneficial for their students, have pressed for research to determine its real impact on learning. As early as 1906, studies were undertaken that attempted to show the relationship between knowledge of school-taught grammar and language skills. Since then, hundreds of such studies have produced some clear and unequivocal conclusions: The teaching of formal grammar does not help a student’s ability to speak, to write, to think, or to learn foreign languages.

It is important for educators to know that, among recent research studies, not one justifies teaching grammar to help students write better. * Although we accept the fact that social, economic, and political forces influence education in many areas, we ought not to allow such forces to outweigh knowledge and reason in determining the school curriculum.

Over her 45 year career Joanne Yatvin was a teacher of almost all grades 1-12, an elementary and middle school principal, and a member of The National Reading Panel.  Since retiring she has done independent research in high poverty schools, written three books for teachers, and served as president of NCTE. Joanne Yatvin is a lifetime member of NCTE.