Field Notes: Turning the Pages of a New Book - NCTE
Back to Blog 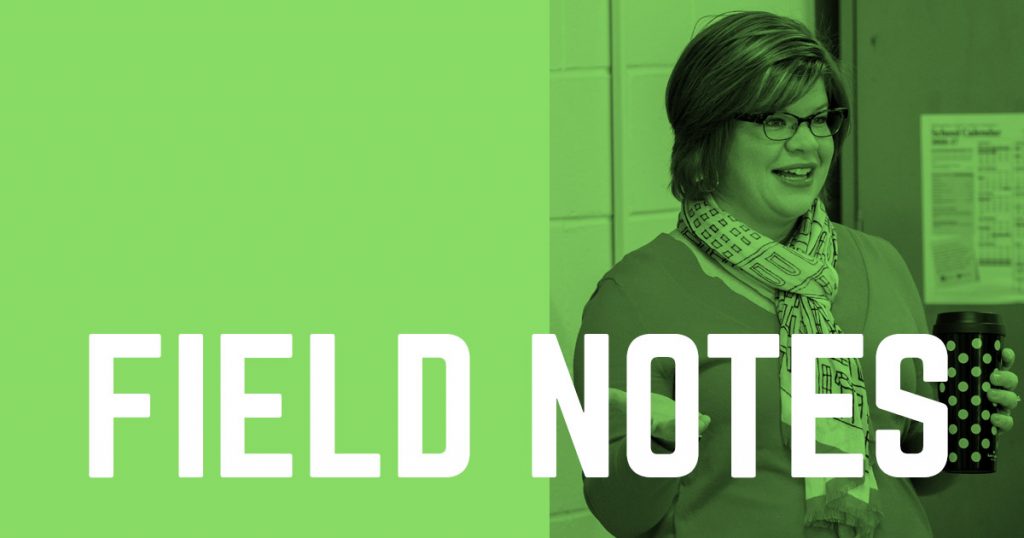 Long ago I realized the big things in literacy – big ideas, initiatives, concepts that move our country and world – had a common denominator: NCTE members. Since formally joining NCTE, I know even more closely that the expertise of our members is NCTE’s greatest asset. But we are working to share more of that internal wisdom with the wider world. That’s why I’m particularly excited about a book released this Tuesday. 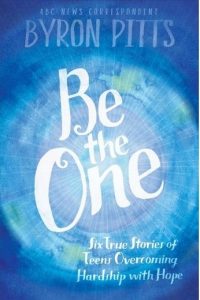 Be the One is by Byron Pitts, an Emmy Award–winning ABC News chief national correspondent, and Nightline co-anchor. He also happens to be my confidant. His powerful book, published by Simon & Schuster, chronicles the stories of six teens who overcame tremendous difficulties. The book is grounded in Byron’s own story, but the project began when he met Tania while reporting about schools in Baltimore. She asked him a difficult question: “Mr. Pitts, when you were my age, where did you go, where did you hide, when the world hurt too much?” Her world hurt a lot for reasons that are explained in her story, and the place where she found solace was in the pages of a book. (You’ll have to read the story to find out which one!)

Tania’s question inspired Byron to write Be the One, but it also made him realize he needed to make sure the book included resources that could help readers like Tania. As he neared completion of the project, Byron approached me to ask for help in creating that set of resources. I knew just where to go for the answer.

Last year, NCTE member Jennifer Buehler wrote an excellent book published by NCTE titled Teaching Reading with YA Literature: Complex Texts, Complex Lives, and through listening to her talk about the powerful role books can play in helping students find themselves, it was clear to me that she’d have some great suggestions. 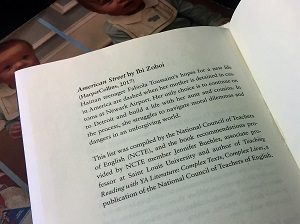 Byron was thrilled with what Jennifer put together, and now you can find her list in the back of his book. He’s since asked for more ideas to share in the myriad interviews and talks that will be part of his book tour.

It’s opportunities like this that raise the profile of NCTE in the best possible way: through the work of our members. Many thanks to Jennifer for “being the one” who put NCTE in this story!

So many good things afoot.