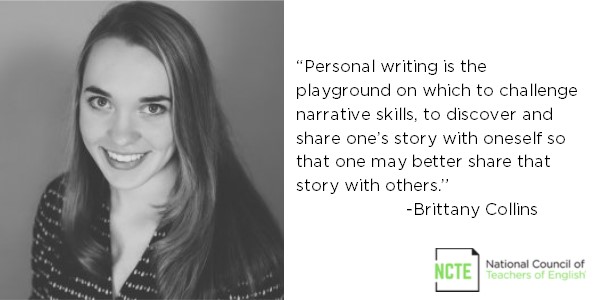 “Who are you?” was the most perplexing question anyone had asked me at the age of seventeen. A volunteer, a daughter, a dancer, a student . . . . I sifted through various positions and identifiers, offering a conglomeration to my English teacher as she sat expectantly in front of me. “Those are things you do,” she interjected, “but who are you?”

Before I could answer, she returned to the vexing task of reviewing my Common Application essay, moving from soul to structure. But her question, quick and incisive, endured—a seeming bolt of lightning amidst the fog of adolescence. As I sat in her blue office chair, peering into my future, a lifetime of thinking began—not only about who I am, but about who we all are, and why. I have since spent years amidst personal narratives—mine, as well as others—excavating lived experiences, extracting the extraordinary from the quotidian whilst marveling at the synonymy of the two. Of late, I’ve turned to matters of the classroom and wondered: Rather than utilize personal narrative writing as a tool for synthesizing past engagement, might English educators use the form to foster civic and philanthropic engagement in their students? Might writing spur action, rather than cap it? How? And why?

The “why” might lie in the wirings of our brains. Stories inspire action through empathy, as neuroeconomist Paul Zak reveals in his 2012 book The Moral Molecule: The Source of Love and Prosperity. He dubs oxytocin—a neurochemical produced in the hippocampus—a “moral molecule” that catalyzes empathic connection. His laboratory findings reveal that levels of oxytocin rise when one reads, watches, or listens to a story, reifying subjective accounts of narrative impact. “Those who received [synthetic] oxytocin donated, on average, 56 percent more money to charity compared with participants who received the placebo,” writes Zak, “[confirming the] causal role of oxytocin on post-narrative prosocial behavior.”

How might Zak’s findings inform matters of civic engagement in classrooms? The metacognitive nature of personal narrative writing instills awareness of positionality and circumstance, and his findings prove correlative action, indeed positing the ways in which self-articulation transcends the self. If we, as educators, ask the right questions—ground our students’ writing practices in productive and impactful inquiry—might we slice a bolt of lightning into their lives? Might they, too, ask of themselves “Who am I?,” not in a manner of self-aggrandizement, but rather in an effort to articulate their convictions, interrogate the etiologies of those convictions, and better conceive of the layers they comprise? Personal writing is the playground on which to challenge narrative skills, to discover and share one’s story with oneself so that one may better share that story with others—an exchange that creates the oral histories that bind us, that imbue both soul and structure.

What issues of injustice are depicted in your current classroom text, and when have you witnessed these issues in real life? How do characters in the text approach issues of civic engagement or allieship (or, if they do not explicitly, how do you presume they might)? Which character do you most identify with, and why? What matters to that character, and to you? How does “resistance” manifest in the classroom text; does “resistance” differ from action, or are the two terms synonymous? What levels of discrimination are present in the plot? How about the writing—how are marginalized identities portrayed through authorship?

Such questions are just the beginnings of possible prompts with which to spark personal writing. Once formed, students’ stories might fuel their actions—the sharing of those stories an action in itself.

Brittany Collins is the editor-in-chief of Voices & Visions, the only online literary journal to publish the visual and written works of students who attend women’s educational institutions worldwide. She studied English and education at Smith College, has experience teaching literature and writing in educational and extracurricular settings, and is a freelance writer with a focus on English education.