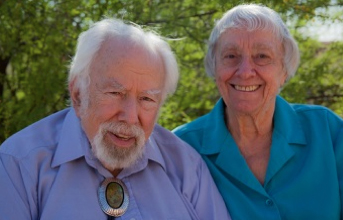 The first thing to know about being 90 is that none of us who have lived to be 90 ever expected to do so. I was born in 1927. The idea that I would live to a year that started with 20 was beyond my belief. Living to 90 is like winning a lottery that I didn’t even know I had a ticket for.

The second thing to know is that the question “What is the secret of living to 90?” is a dumb question,  because an honest answer is “Just lucky I guess,” or “Just unlucky I guess,” depending on how you feel on a given day.

The third thing to know is that people who are 90 do not appreciate it when they complain about infirmities and aches and pains and someone says, “What do you expect? You’re 90 years old!”—especially when that person is a doctor.

Another dumb question to ask a 90- year-old is “How are you doing?” especially when the person asking is your doctor. “You tell me,” I respond.

You would be amazed at how many doctors we 90-year-olds are supporting. There’s a different one for everything that ails you. Starting at the top, I see a neurologist, a pain specialist, an ophthalmologist, an ear, nose, and throat doctor, a dentist, dermatologist, a radiologist, a pneumonologist, a cardiologist, a nephrologist, a urologist, a gerontologist, a gastroenterologist,  an internist, a hematologist, a knee  surgeon, and a podiatrist. They care for me from head to foot. And each gives me pills to take. I even take pills for the pills that make me drowsy and pills for those that keep me awake at night. And none of the doctors seem to know that the knee bone’s connected to the leg bone. . . .

With knee replacements, hip replacements, various transplants, root canals and tooth implants, there’s not much left of the original equipment by the time you are 90. And it’s the parts you didn’t know you had that give you the most trouble.

Another thing that people say those who are 90 don’t appreciate is “Hey, you’re looking great,”  which we know either means “I didn’t know you were still alive” or “I could hardly recognize you, you  look so old and shriveled.” At 90 you stop looking like your father and look more like your grandfather.

You may have noticed I stopped numbering things to know—anyway I forgot what number I was on— but memory starts working funny when you are 90. I don’t mean those people who can’t remember anything. I mean remembering everything and constantly feeling the need to tell it to everybody.  I remember when gas cost 25 cents a gallon. I remember listening to the radio.  I remember people you never heard of. Did you know that I met—I forget his name but—he was that guy who—I forget what I was going to say.

At 90 some things that you always took for granted—like going to the toilet—become major events in your day. Why do you think they call old people Alta Cockers in Yiddish?  Getting dressed is a major achievement. Getting from bed to walker or wheelchair or wheelchair to car—another big event. At 90 I own two walkers, three scooters, and a wheel chair.  I’ve turned all my friends and relatives into pushers.

At 90, even your great grandchildren have heard all your jokes and they give you the hand motion that means we’ve heard it already and besides you told it wrong. And their humor doesn’t make sense to you. Wash your mouth out—to your beloved zaide you say,“Fuck you?”

It is said there are some benefits to being 90; I’m eager to discover them.

There are a number of clichés and myths about old people. Nonagenarians doze off a lot . . . .

They sit around all day and play cards. (Not me, except video poker.)

They don’t like new fashions. (I gave up wearing Hush Puppies in my eighties. Unfortunately my leisure suits are all too big now.)

They can’t keep up with technology. (Not me: I have the latest desktop, laptop, smart tv, smart phone.   Even my new smart refrigerator sends me emails. I have to get new [devices]—I could never figure out how to get the old ones to work.)

The Australians refer to retirement age as superannuation, which sounds to me like “you’ve lived too  many years.” In England retirees ride free on public transportation. We never figured out how you pay anyway. The ticket collector says it’s ok gov, ok lov.

As the immortal Shell Silverstein said, being 90 is very much like being swallowed by a boa constrictor.  Fortunately mine started at my feet and is slowly moving up.

And isn’t it strange that we refer only to dead people as The Immortal?

Jewish people have a blessing, —May you live to be 120— or is that a curse?

George Bernard Shaw is quoted as saying it’s too bad youth is wasted on the young. My response is, and it’s too bad old age is inflicted on the elderly.

And so to conclude, for those of you who are not yet middle-aged, my advice to you is, Don’t wish your life away. If you wait too long to do the things you really want to do, you’ll wind up with a lot of regrets instead of memories. For those beginning to approach retirement, my advice to you is to keep on keeping on. That’s what keeps your mind and body active. And don’t retire, reengage—that’s what Yetta and I have done.

For you young people in your seventies and eighties, you too have a good chance of becoming 90: a better chance than I did. You might live to 100.

As they say, getting older beats the alternative—or does it?

Perhaps the biggest blessing of reaching 90 is sharing in my grandchildren’s achievements and getting to know the great grandchildren.  My wish to all is be good to each other. And remember your roots. As the whiz says, it’s not enough to know where you’re going. You’ve got to remember where you’re coming from.  L’chaim, To life!

Ken Goodman celebrated his 90th birthday on December 23 and several members gathered to celebrate him and his impressive body of work late last month. Ken has been a leader within NCTE and its associated groups for several decades and is the recipient of many of our top awards. He and his wife Yetta Goodman were the founders of the Whole Language Umbrella and have been tireless champions of whole language instruction for more than half a century. In this blog post, Ken describes what it’s like to be 90 and offers advice for those of us who haven’t reached that milestone yet. (In this photo Ken is pictured with WLU president Roxanne Henkin at last summer’s Literacies for All Summer Institute.)

Learn more about Ken’s work with the Council: