What Do I Do? They’ve Taken the Books Away - NCTE
Back to Blog 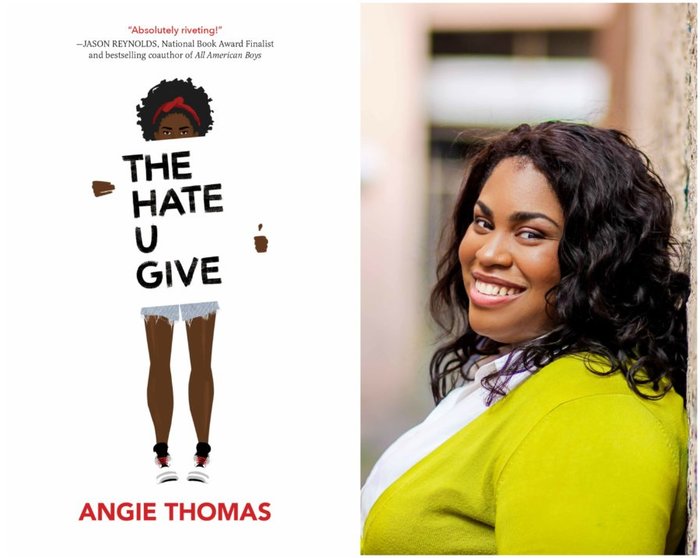 You read the tweet and mutter to yourself, “So it’s true.” 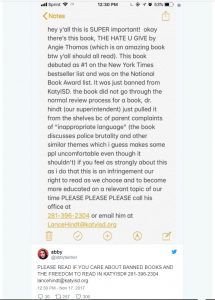 Recently a school district in Katy, Texas, decided to pull Angie Thomas’ award-winning book The Hate You Give off the middle and high school library shelves.  One parent had attended a school board meeting where he read an excerpt from the book and the next day the library copies of the novel were gone! 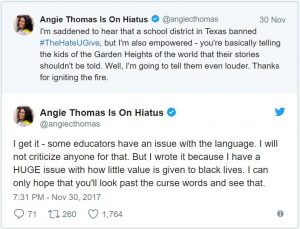 As an educator in this district, what do you do? You don’t think the book should be banned from the school libraries and, in fact, maybe you were thinking about putting it on your classroom library shelves. But you are new in this district or in the second year of your two-year contract (No tenure in Katy, just one and two-year contracts) and you worry—rightfully so—that if you take a stand against the district’s action, you might find yourself in disfavor or even lose your job.

What to do is the first and biggest decision you need to make when a book is challenged, whether in your own classroom, in the district, or elsewhere. Following are a few suggestions:

• Make sure you have all the facts about the incident.
• Know your district’s policies for selection of texts and reconsideration of texts. You should be able to find these on your district’s website under School Board and School Board Policies.
• Learn about The Students’ Right to Read
• Talk to your colleagues in the district and in your affiliate both about the issue and about how they are thinking about responding to it.
• Contact NCTE’s Intellectual Freedom Center and talk through the challenge.
• Make your decision about next steps. Make the decision that you can live with.

In Katy, it turns out that the district removed THUG from the libraries without following its own policies for review, including keeping the novels on the shelves during the review. The publicity about the banning at least caused the review to begin, albeit after the fact.

• Many books are removed from school libraries and classrooms without following the district policy for the removal.
• One action you might take is to remind your principal, superintendent, board that they need to follow their own policy.

Often books are challenged or removed because someone doesn’t approve of some of the language or behaviors in the text. This happened in Katy.

• But the language or behaviors in the book aren’t being advocated by the school. They are simply the realistic language and behaviors of the fictional characters.

The text is usually chosen for library or classroom use because of its theme, its appeal for students, and for what students might learn from it. This is “Why a Texas School District’s Decision to Ban “The Hate U Give” Is So Dangerous.”

“Whether it was language, implied sex, or the fact that the book’s main theme is police brutality doesn’t matter. Teenagers need to have the option to read this book…

“But the main issue isn’t language or teen makeout sessions. So many victims of police brutality are teenagers themselves, whether they are actually shot or their parents and loved ones are. Banning the book from a classroom’s library or curriculum doesn’t change that or make it go away. Michael Brown was 18 when he was killed, Trayvon Martin was 17, and Tamir Rice was 12.”

In support of following school district policies and of providing students with award-winning, deep-issue reading, NCTE joined other First Amendment Groups in a letter asking Katy ISD to follow its policy and retain book.

As of January 2, THUG still remains “under review.” The American Library Association Intellectual Freedom Blog suggests some ways you might help get the book back into the school libraries where it belongs.