Who Gets to Tell What History? - NCTE
Back to Blog 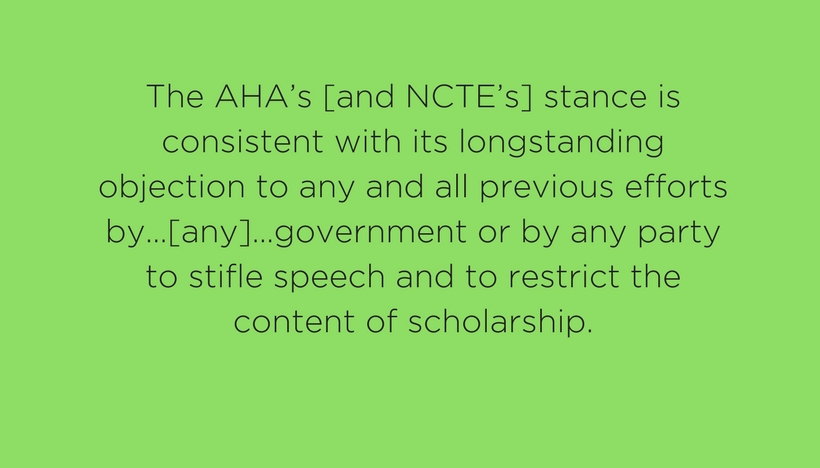 This month, the Polish Constitutional Tribunal passed a law criminalizing public discussion of Polish complicity in Nazi war crimes. Hard to believe in 2018, or maybe not.

Drafted by the Polish legislature and signed into law by Polish President Andrzej Duda on February 6, 2018, the law states, in part:

“Whoever claims, publicly and contrary to the facts, that the Polish Nation or the Republic of Poland is responsible or co-responsible for Nazi crimes committed by the Third Reich or for other felonies that constitute crimes against peace, crimes against humanity or war crimes, or whoever otherwise grossly diminishes the responsibility of the true perpetrators of said crimes—shall be liable to a fine or imprisonment for up to three years.”

The American Historical Association takes umbrage at this law, and has created a statement  protesting the law. NCTE has joined 48 other organizations in signing on.

“The AHA sees this law as a threat both to freedom of intellectual inquiry and to the production of impartial scholarship. Although the legislation makes an exception for artistic and academic activity, the AHA has a long-standing position that no topic should be off limits for historical investigation and anyone should be able to engage in the quest for impartial truth about historical questions. We hope the Polish Constitutional Tribunal will listen to international opinion—and particularly that of professional historians around the world–in reconsidering this law.”

“This law will allow police and judicial authorities to overrule the judgments of trained historians, and that it will threaten the ability of historians to conduct impartial research that might reveal facts that these authorities find uncomfortable. No nation’s past is free of blemishes, and Poland will do itself no favors in the eye of world opinion by passing such a restrictive and prejudicial piece of legislation.”

From the NCTE Position Statement on Academic Freedom

Freedom of Inquiry
• Inquiry must not be suppressed by restricting access to particular authors, topics, or viewpoints or by hindering the formulation of objectionable conclusions.

Freedom from Indoctrination
• Educators and educational institutions must not require or coerce students to modify their beliefs or values. Efforts to convince students to modify their beliefs or values must be academically justifiable.
• Curriculum must be determined by teachers and other professionals on the basis of academic considerations. Suggested modifications of the curriculum should go through a process in place by the school or district.