"More Yesterday than Anybody" - A Beloved Project - NCTE
Back to Blog

The young woman standing at the front of my 12th-grade Humanities class burst into tears.

This was strange for a couple of reasons. The young woman in question was one of the strongest and most determined students I have ever met in nearly three decades of teaching. I had had her in my class as a 9th grader as well, and even then, she knew that she wanted to join the military to fight and to serve her country. In other words, as tough as they come.  The other unusual thing was what provoked these tears: a project I had assigned the class after we had finished our study of Toni Morrison’s Beloved. She had chosen to focus on the stories of survivors of the ongoing conflict in the Congo. This is a war that has cost more lives than any other conflict since the Second World War, yet it was one that most in the Western world had never even heard of. The twist in the project was that it required students to focus on real-life stories, but not ones of survival. The focus was on how one is to move on with one’s life after having survived the unthinkable.

Beloved is one of the most complex and beautiful works in the American canon.  Like any great work of art, it accomplishes the miraculous by creating a picture of a very specific place and time, while at the same time being utterly universal in its ideas. Despite its elements of magic realism, Morrison surely succeeds in painting a detailed image of African American life in Cincinnati in the years following the Civil War.

But it is so much more than that, and I did not want my students to walk away from the book regarding it as just another novel about the devastations of slavery in this country. In trying to “universalize” the text, I first had students research primary source documents created by those who had survived the seemingly endless horrors of the 20th and 21st centuries yet had found somewhere inside themselves enough faith in the future to begin to build a new life from the ashes.

Ultimately, students were asked to compare what these people had to say on the topic with the way that Morrison addresses the idea through Beloved’s protagonist, Sethe. Students had the choice of presenting their findings and conclusions through an essay, a deck, or a short documentary film that included interviews and archival footage. I stressed to the students the idea that we were not interested in the geopolitical positions of their subjects; for example, we had a rather heated debate in class about whether or not Hiroshima and Nagasaki were appropriate topics. Ultimately, we decided that they were, because our focus was on the individual, human aspects of such circumstances.

There was no shortage of topics. Among the post-survival stories my students retold were stories of those who were victims of the Armenian Genocide (1915–1917); the so-called “Rape” of Nanking by Japanese soldiers in the late 1930’s; the Holocaust (1938–1945); the “Killing Fields” of Cambodia in the late 1970’s; “Ethnic Cleansing” in Bosnia in the wake of the breakup of Yugoslavia in the early 1990’s; the Rwandan Genocide of 1994; the aforementioned, seemingly never-ending violence in the eastern regions of the Congo; the Darfur Massacres in the Sudan;  the recent violence in Syria, especially around Aleppo; and most recently, the persecution of ethnic Muslims in Myanmar.

I started students off by looking at excerpts from two novels that deal with the same idea but closer to home, focusing on the characters trying to make their way in post-9/11 New York in Jonathan Safran Foer’s Extremely Loud and Incredibly Close and Joseph O’Neill’s marvelous Neverland.

I then showed a clip of a woman who had come to speak at our school several years ago. She was not only a survivor of the Holocaust but of Dr. Josef Mengele’s notorious experiments on twins at Auschwitz. After describing the long, slow path she took towards rebuilding her life, she ended her presentation with a remarkable statement, one that will stay with me always: when she could finally bring herself to forgive the people who hurt her, she said, she stopped being a Holocaust victim. With that idea planted in their minds, and a list of web-based resources that I provided for them as a starting point, they were off.

The results, while not always as impactful as the stories of the Congo were on the young woman at the beginning of this piece, were powerful. Goodness knows that Morrison needs very little help in universalizing the story told in Beloved. The novel does not just tell the story of one family; Morrison’s dedication of the book is to the “[S]ixty million, and more.” Those who know the novel well remember that about three-quarters of the way through the novel, grammar and syntax break down and the returned Beloved becomes the symbol for all of the victims of the Middle Passage.

But my students were able to take the idea one step further, bringing this central notion not just into the 20th century and their own time, but also to places all around the globe. In the end, it was an effective project for a Humanities class because it explicitly connected history and literature. At the same time, it gave Beloved even more resonance and power for students, and they walked away from it with both some historical perspective and a better understanding of the magnificence of Morrison’s achievement.

Several years ago, I had the unmatchable pleasure of seeing Morrison read her work for an audience (in this case, her 2003 novel Love). In the Q and A that followed, I got the chance to ask her how she might teach her own work. She paused for a bit, smiled, and said that she had absolutely no idea.

I still wonder if any teacher can truly do justice to a work like Beloved, but I can affirm that making these explicit connections between the novel and recent world history proved to be an effective starting point. 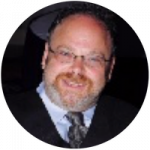 Joshua Cabat is English Department Chair at Roslyn High School (Roslyn Heights, NY). For the preceding decade, he taught English and film studies there. Previously, he taught in the New York City public high schools for over a decade. He is a founding member of both the Folger Shakespeare Library National Teacher Corps and the Brooklyn Academy of Music’s Education Advisory Panel and for nine years was the Teaching Artist for the Young Film Critics program at BAM. He is a cofounder of the New York City Student Shakespeare Festival and has been awarded three fellowships by the National Endowment for the Humanities. He has been a featured speaker at several national conferences and has published many articles on Shakespeare and film in publications such as English Journal.