And On With the Show…or Not - NCTE
Back to Blog 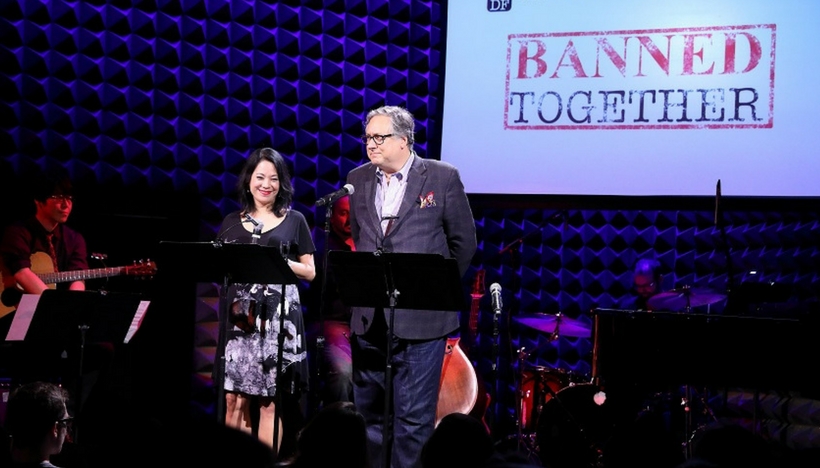 Performance occupies a space somewhere between literature, film, visual art, and music. It is like the physical manifestation of a poem or the extension of a painting beyond the frame and into time and motion. And like all of these media, when theater touches on such hot topics as religion, sexuality, or politics, emotions are inflamed and battle lines drawn.

–from Theater and Performance, NCAC

We are in the thick of school theater production season and English teachers, as a rule, are working overtime with rehearsals and details and, unfortunately, sometimes defending the play they chose to produce. What’s a theater sponsor to do when their selection—even according to their school’s policy—is challenged? The NCTE Intellectual Freedom Center can help, but, a large part of that help will be working in collaboration with The Dramatists Legal Defense Fund whose database of challenges to plays is at least half full of school and university productions.

Amy VonVett of The Dramatists Legal Defense Fund wants you to know that DLDF, a vital resource when dealing with theatrical censorship, is here to advocate and to educate, and to make new resources available to you to let the show go on and to help you prepare students for an industry they may one day join. She notes, “We can offer advice, counsel, and an expert opinion on a range of topics dealing with censorship in the schools.”  In particular, they offer, legal assistance.

Amy goes on to say,

Playwrights have only their words, and the advancement of our society relies on their unfettered expression.

In light of dwindling public funding for the arts, the DLDF advocates not only for writers, but for schools, students, theaters, audiences and the culture at large, all of whom are confronting censorship and other related issues of public import, including the diminishment of the public domain. The DLDF’s advocacy may take the form of letters, articles and lectures in public fora, intervention in litigation through amicus briefs and expert testimony, or finding affordable representation for those caught up in these disputes. [Note that the NCTE Intellectual Freedom Center stands ready to add support.]

The DLDF also educates students, faculty, administrators and school communities… yes, about free expression, but also about the importance to our society of an ever-expanding public domain and a proper administration of the copyright laws that serve to ensure it. And it can educate about the business standards that have evolved in the theater industry to protect the development and production of dramatic works. With its access to the Guild’s archives stretching back through one hundred years of theater history, and its ongoing relationship with the top theater writers in the country, the DLDF can help you augment your curriculum with a wide-range of printed and audio-visual materials, as well as online support and guest lecturers, to bring to your institution a fuller understanding of the theater business and the playwright’s vital role in it.

Look forward to Banned Books Week for a vibrant example of DLDF’s support for the theatrical arts: Banned Together,  a celebration of songs and scenes from shows that have been censored or challenged on America’s stages. See the photo above with Christine Toy Johnson and Douglas Carter Beane performing.

Banned Together, which was created to raise awareness around issues of censorship and free expression in the theater, features performances of selections from Cabaret; Chicago; Almost, Maine; Rent; and Angels in America, among other notable works, with a libretto by John Weidman (Assassins, Pacific Overtures), and J.T Rogers (Blood and Gifts, Oslo).

This is the year of the student and The Show Must Go On: A Toolkit for Organizing Against Theatre Censorship in Public Schools from the National Coalition Against Censorship offers great advice for students to make the difference in whether the show goes on or not. The guideline notes,

Today, in the United States, censorship controversies around performance most frequently occur in schools. Challenges to drama productions come from parents, community members, or school officials.

In these situations, students can effectively resist censorship. As school employees, teachers may be reluctant to oppose the decision of their principal or superintendent no matter how strongly they believe a particular play should be produced. Students, on the other hand, are free to defend their right to free access to educational materials and their right to artistic expression.

The Educational Theatre Association’s Statement of Freedom of Expression explains the importance of freedom of expression with regard to school and university theater productions.

And, the organization offers two sample policies on selection of plays for production so you can check your school’s policy against these and/or work to develop a policy for the future.

Let the show go on!