Student Newspaper Not Prospering in Prosper, Texas - NCTE
Back to Blog 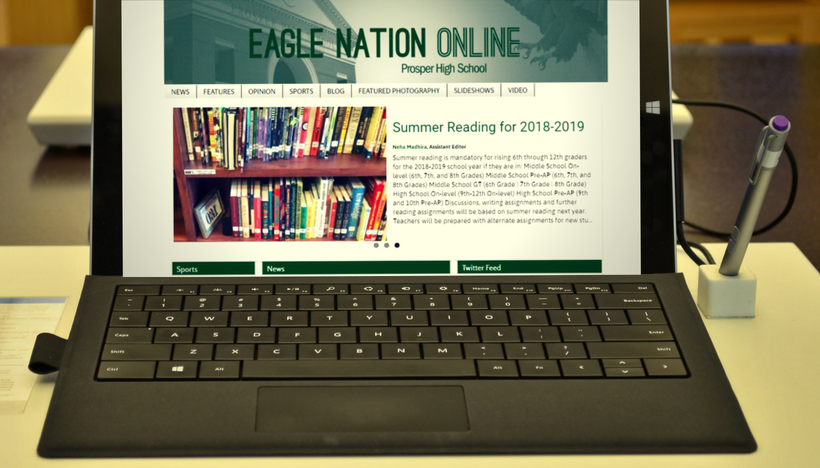 Student journalists who produce stories daily for their school newspaper Eagle Nation Online, who have a former Journalism Teacher of the Year as an adviser, and who have won 175 awards for this paper this past year alone. What’s wrong with this picture? Apparently, according to Prosper High School principal John Burdett, the editorials make the school look bad and the news isn’t uplifting enough. So he’s censored all editorials and insists that news fit his “happy” criteria.

Because NCTE supports “the rights of students in their exercise of freedom of speech and press,” (2017 Resolution on Legislation to Protect the Rights of Student Journalists),  NCTE just signed on a letter from the Student Press Law Center to the superintendent of Prosper ISD outlining objections to Principal Burdett’s actions.

The letter summarizes what has happened, much the same as the press release created by members of the student staff, SPLC, and JEA (Journalism Education Association, an NCTE Assembly ). But the letter also points out when the principal’s actions are within the law and when they are not. The 1988 Hazelwood School District v. Kuhlmeier Supreme Court Ruling set a floor for student journalism (one that the New Voices initiative is trying to get states to raise—see more in this blog). But subsequent cases post-Hazelwood have clarified that schools may not use their authority over student publications, as Principal Burdett seems to be doing, to deny information to the public purely for purposes of public-relations image control.

The students on staff at Eagle Nation Online say it best in this Dallas Morning News article and in a video interview on the local ABC television channel.