Trouble in Comic Land - NCTE
Back to Blog 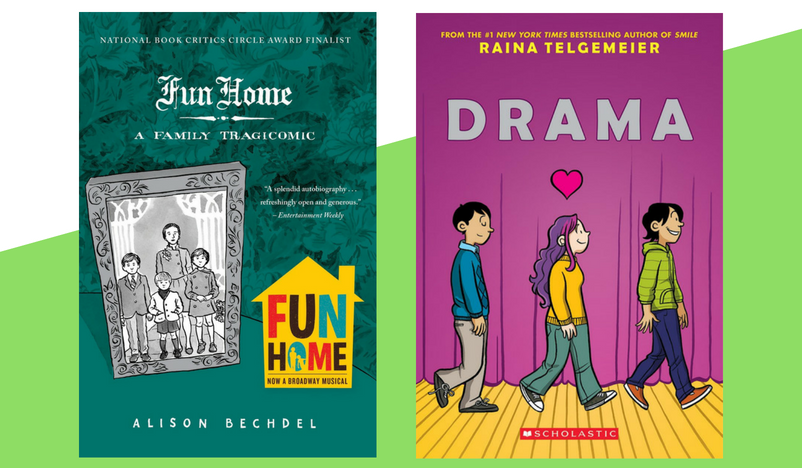 Fun Home: A Family Tragicomic by Alison Bechdel was selected as a text in the 12th grade and AP Literature curricula at Watchung Hills Regional High School in New Jersey. Then it was challenged.

The memoir, a winner of over a dozen awards and recognitions and a Tony-winning Broadway play, shouldn’t be taught to students according to the objecting parents, who told the school board that they were shocked by some sexually explicit illustrations in the text.

NCTE signed on a letter with NCAC, CBLDF, ALA, and ABFE supporting the school board’s and superintendent’s stand to keep the text in the curriculum.

In the article about our letter, Superintendent Elizabeth Jewett explains to the challengers why the book is an important part of the curriculum, happy words for those of us wanting the book to be kept:

“The curriculum was expanded to include a broad range of literature to reach all students, not just works that portray traditional gender and sexual identities. The expansion of the English curriculum is in alignment with the strategic plan and is the result of a two-year research process which included professional development for the English department staff.”

She added that decisions about curriculum “aren’t taken lightly” by the administration, and take into account multiple perspectives. These changes were inspired by messages solicited by Jewett from graduating students about their experiences throughout high school, and how things can be improved. After some students complained that the curriculum didn’t reflect the full spectrum of gender and sexual identities, Jewett took that feedback to heart.

“They said they felt marginalized because we were not more inclusive. So I just want you to understand that’s something that really resonated with me and really concerned me. I did not want students to graduate from our school having had an experience where they didn’t feel included in our school community.”

Mark Bisci [one of the challengers] asked what recourse was available to him if he wanted the book removed from the curriculum. Jewett suggested Bisci take up the issue with the department chair. “If there was a larger picture issue that you wanted the board or administration to consider, you’ve done that,” Jewett said. “The English department went through a very thoughtful process with regards to this. We have expected school-wide learning results that speak to our strides to develop empathetic individuals that graduate from the school that are accepting and embrace diverse students, cultures and backgrounds.”

School Board President Peter Fallon added that if Bisci still felt his concerns weren’t addressed after speaking further with the department chair, he could return to the Board and bring up the matter again.”

Raina Telgemeier’s books are no strangers to controversy. Drama, published in 2012 by this #1 New York Times bestselling, multiple Eisner Award–winning author, was named a Stonewall Honor Book and selected for YALSA’s Top Ten Great Graphic Novels for Teens. Drama is one of those books libraries find difficult to keep on the shelf. But Drama was number three on ALA’s Top Ten Most Challenged Books of 2017, number two on ALA’s list for 2016, and number ten in 2014. The Comic Book Legal Defense Fund offers a case study of challenges to the book.

Charles Brownstein, Executive Director of the Comic Book Legal Defense Fund, took a moment during Comic-Con to explain why comics/graphic novels are challenged. He also explained why comic books have a history of being considered dangerous in the US, even being challenged by a Congressional subcommittee in the past. He notes that, despite what some believe, comics/graphic novels are real and important literature. Listen to his interview and read the transcript here.

Note that Drama and Fun Home include gay characters/themes, which are often the source of the challenges against them. Check out this blog for reasons why and methods for talking about gender in the classroom.