#EliminatingBookDeserts through Disruption - NCTE
Back to Blog 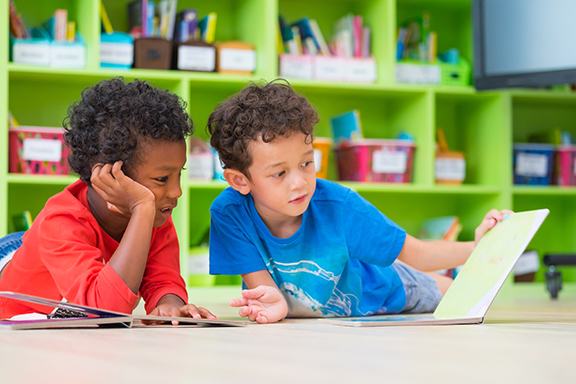 This blog was written by NCTE member Tiffany A. Flowers.

Watching book deserts persist is like living in a science fiction novel in which a dystopian future is designed to set up societal hierarchies. Imagine that an entire society is based on the idea that learning is only for the privileged. You do not earn that privilege. You are merely born into that privilege. While others simply are not.

Yet, if you are born into that privilege, you will remain there for the rest of your life. People who are not born into this privilege are also punished for not having this privilege—with labels, less challenging instruction, and lack of access to appropriate reading materials. The odd thing is that people who can change this reality continue to let this inequality persist in order to maintain their existing level of privilege.

This should not be hard to imagine since this occurs almost every day in urban and rural communities of color across the United States. The idea that this reality should just be accepted and allowed to continue in a vicious cycle is what the theorist Paulo Freire called maintaining the existing social status quo. In the case of book deserts, this is a cycle which could change, but rarely does, since nothing is ever disrupted.

As a literacy advocate, it is imperative not only to address this issue, but to disrupt and change the notion of this reality:

As literacy professionals, if there is one reality we can collectively focus on and change, it is book deserts. Fostering community support to change this reality is a collaboration between colleges of education, community libraries, schools, and communities waiting to happen.

A few years ago, I wrote a blog post pertaining to what happens when Black males are subjected to living in book deserts. Later, after receiving a handful of emails and seeing my blog contribution read in different venues, I wondered what people were doing to solve this issue? Are people just getting angry? Sending emails about their frustrations? Shaking their heads and walking away? Are people sitting in privileged places where books are plentiful and not attempting any change? Reactions of outrage without real change is certainly not the point. The issue is whether blog posts pertaining to pressing issues can inspire people to change.

In the past, I have set up a few community collaborations. Though the partnerships were successful, they were not long-term, sustained, and maintained over time.  Setting up short-term fixes is a start. However, in order to address these issues, long-term initiatives must be planned and implemented.

After careful consideration of the direction of my own current courses, I decided to put a community-based and collaborative plan of action in place. Beginning this year, all of my students will participate in a long-term community book drive. Partnering with librarians and schools helps to create a partnership to solve this issue rather than just doing random book donations. The overall plan is to collaboratively collect enough books over a sustained amount of time to help provide access to books for children in schools. This way there is an ongoing and sustained effort to get appropriate books in the hands of children.

Our project,  #EliminatingBookDeserts, is a literacy service learning project meant to disrupt the existing social norm of children in urban schools not having access to appropriate books. According to existing research, in some urban districts, there is one age-appropriate book for every 300 students. This is the norm. This is what future teachers must be trained to disrupt. I get asked often at conferences, meetings, and by email the same question. How do we disrupt this reality? My answer is simple:

How do we disrupt book deserts? 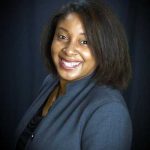 Tiffany Flowers is a children’s author, literacy advocate, and assistant professor of education in the department of cultural and behavioral sciences at Georgia State University Perimeter College. Her research agenda is divided into four distinct and interrelated areas of research: African American literacy development, children’s literature, diversity issues in education, and emergent literacy. She is a 2000 Indiana University Minority faculty fellow, 2004 West Chester University Frederick Douglas teaching fellow, and served as a 2007 South Carolina Young Adult Book Award Committee member. She was a recipient of a 2014 NCTE Early Career Educator of Color Leadership Award. Recently, she began serving as a reviewer for the American Library Association Booklist. You can contact her at tflowers@gsu.edu.