Criminalizing Racialized Bodies: Then and Now - NCTE
Back to Blog 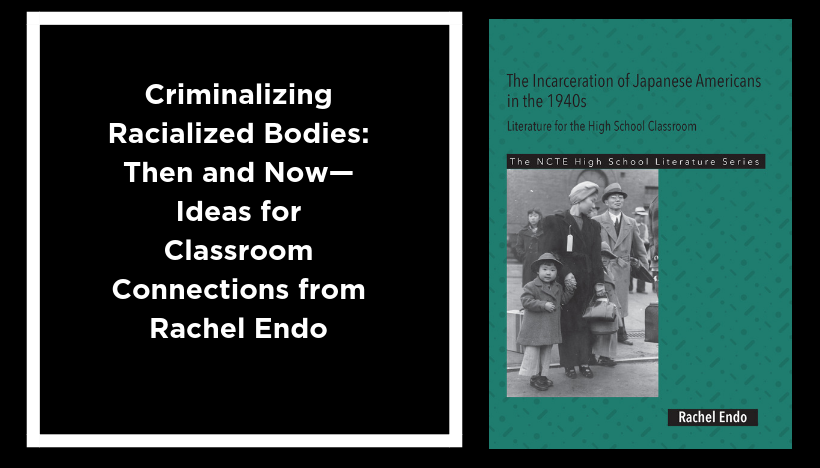 This blog post was written by NCTE member Rachel Endo. Endo is the author of The Incarceration of Japanese Americans in the 1940s: Literature for the High School Classroom, the newest publication in NCTE’s High School LIterature Series.

In my new book The Incarceration of Japanese Americans in the 1940s: Literature for the High School Classroom, I describe how English teachers could use Japanese American literature around the topic of the World War II incarceration as a springboard to connect secondary students to current events and other issues that matter to today’s youth.

The border crisis in the United States isn’t a new phenomenon. Since its founding, our nation has excluded different ethnic and racial groups from citizenship, and has mistreated many more racialized Americans who were also born and raised here.

But an outpouring of bipartisan outrage occurred in June 2018 when journalists reported that thousands of Central Americans were being detained in metal cages, held behind chain-linked fences, and living in detention centers in desolate areas throughout the US.

“Detained migrants allege they were forced to drink foul-smelling water and [sic] spoiled food” (CNN July 18, 2018  https://www.cnn.com/2018/07/18/us/trump-administration-migrant-detention-conditions/index.html); detainees also described getting sick, going hungry, or both due to the squalid living conditions.

More recently, more troubling accounts have emerged that migrant children are being drugged against their will, and in some cases, physically and sexual abused by detention workers. The Washington Post’s editorial board released a strongly worded statement: “Migrant children were stripped, drugged, locked away. So much for compassion” (August 5, 2018).

Many Americans have made comparisons to what has been happening to Central American migrants with the mass incarceration of Japanese Americans during World War II. Former First Lady Laura Bush wrote a moving op-ed for The Washington Post (June 17, 2018) that in part read: “These images are eerily reminiscent of the internment camps for U.S. citizens and noncitizens of Japanese descent during World War II, now considered to have been one of the most shameful episodes in U.S. history.”

A day after Bush’s post, actor George Takei published an op-ed in Foreign Policy (June 18, 2018) that drew parallels between his family’s experiences as incarcerated Japanese Americans in the 1940s and the treatment of Central American migrant families, but highlighted one troubling difference: “At least during the internment of Japanese-Americans, I and other children were not stripped from our parents.”

Here, I’ll offer additional ideas about classroom connections specific to the current border crisis, focusing particularly  on the mistreatment of migrant children and the separation of families.

The current border and migration crisis didn’t just occur suddenly. It’s symptomatic of a longstanding legacy whereby the US government has, time and time again, encouraged or sanctioned racial profiling and segregation. I suggest two short pre-readings before assigning writing activities or engaging students in discussion:

Connections to the Classroom

In times of national anxiety, teachers have a challenging yet critical opportunity to engage students in rich discussions about the state of our democracy in uncertain times.

As a word of caution, conversations about immigration, one’s legal status, and racialization in relation to current events may be sensitive and traumatizing for many students. Young people who are from immigrant and refugee backgrounds, or whose families’ legal status is under question, may feel extreme anxiety about their safety and security.

However, criminalizing racialized bodies also isn’t a new phenomenon, as there are many examples, past and recent including over the last two generations, about how different racialized Americans have been subjected to mass deportation and incarceration. Arguably, the main difference now is how the proliferation of online and social media has increased the speed by which most Americans are able to access headline news.

Below are possible assignment ideas that could easily be adapted to fit a teacher’s specific learning goals for a particular unit.

Teachers who want their students to write more extensive formal essays could assign lengthier assignments that also have connections to a specific set of standards and/or texts.

Example 1: Create a short mashup (no longer than five minutes) overviewing a major issue or theme related to the deportation, detention, or legal status of immigrant, migrant, or refugee families in the US. You might follow or investigate the fate of one specific family; look at how ICE raids (or fears of them) are impacting our community or other communities; or provide a comparative analysis of a specific news story that connects to another social issue that you care about. In your mashup:

Example 2: Analyze how the treatment of Central American refugees who have been recently detained and/or deported is different and/or similar to the incarceration of Japanese Americans in the 1940s. To structure your essay, select a theme below, or propose your own:

Example 3: Compare and contrast the current border crisis to other racialized and xenophobic moments in US history including hate crimes, laws, or policies that have discriminated against, excluded, or targeted a specific social group. Possible examples to investigate:

In his recent Foreign Policy op-ed, actor-activist George Takei provides a powerful reminder why the current border crisis should concern all Americans: “I cannot for a moment imagine what my childhood would have been like had I been thrown into a camp without my parents. That this is happening today fills me with both rage and grief: rage toward a failed political leadership who appear to have lost even their most basic humanity, and a profound grief for the families affected.” 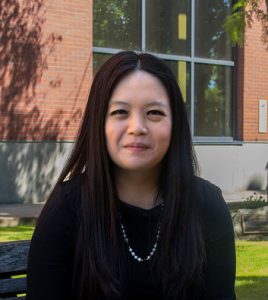 Rachel Endo is Founding Dean of the School of Education at the University of Washington, Tacoma. Order her book at the NCTE store.